The plane with the cash for Dmitry Mazurov

As the head of the "New stream" "froze" for 1.5 years the beginning of a high-profile investigation 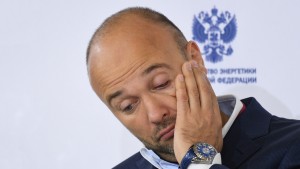 Undoubtedly the most exciting event in the near future will be the arrest of the FSB Dmitry Mazurov - the former owner of Antipinsky oil refinery, the founder of the company "New stream". His business partners, co-owners of assets are the friend and business partner of Sergey Sobyanin Vladimir Kalashnikov and the classmate of the President Nikolay Egorov. According to the source Rucriminal.info all of these individuals for the time they lived together and loved to visit a special party at the estate of Dmitry Mazurov in the village of Millennium. Sergei Sobyanin was there too. Mazurov believed that the parties and what happened to them so strengthened his status that he became unsinkable. However, Mazurov was in jail on suspicion of embezzling a loan from Sberbank at 1.8 billion rubles.

According to sources Rucriminal.info, during the investigation of this case, investigators and operatives may have a large group of questions to Mazurov. In particular, - questions about the following transactions.   The last three years Mazurov from the plants which other co-owners is Sergey Sobyanin's friend Vladimir Kalashnikov and Nikolay Egorov, took out diesel abroad according to the smuggling scheme as furnace fuel. The revenue is settled in foreign traders. Not only did the shipment go so as to pay less taxes (everything was shipped below the market), but the money was withdrawn abroad and not returned. Traders were from Liechtenstein, Switzerland and Dubai. In this regard, investigators should have questions about the relationship between Mazurov and his partners with the staff of the Main Directorate for combating smuggling of the FCS of the Russian Federation, energy customs and a number of representatives of law enforcement agencies in charge of these areas. Similar schemes to "stove fuel" strike a deadly blow to the budget, which does not dopastat huge amounts. However, all the checks of the Federal tax service, headed by Mikhail Mishustin, ended in nothing. The leaders of the FCS, whose head is Vladimir Bulavin, the investigators would be worth to find out what the regular flights were doing a private jet Mazurova in 2016-2017 to Geneva and Zurich. And why were there no passengers on Board, either there or back?  Why and on whose authority the employees of the FCS of Russia did not inspect these boards? Were there large amounts of cash on them?

Investigators should certainly have questions about the activities of the "daughter" of the "New stream" - the Trading house (TD) "Motus". Who owned the structure (who were their shareholders), which TD "Motus" shipped diesel fuel at prices much lower than the market and whether this is due to the fact that the materials about the theft of the loan of Sberbank were frozen for 1.5 years. Also, investigators and operatives will be interested to know how these structures gained access to the Druzhba oil pipeline. Of course, within the framework of the case, it is necessary to find out who constantly used Mazurov's private plane and occupied the premises on the second floor of the office of the "New stream" on Neglinnaya street, to which extremely interesting guests arrived for negotiations.

Dmitry Mazurov himself can answer these questions in detail. As well as to tell and even to show visitors of the second floor of office on Neglinnaya - Mazurov conducted there the hidden video in secret from the inhabitant of the room. Mazurov can share and records of parties in his cottage in the village of Millennium with very interesting participants and participants. While he does not, hoping to get out. But it is already obvious that in the near future Mazurov will not be released. Moreover, investigators are selected to Mazurov's wife who was the official owner of "New stream" and to his sister under whose control there is all withdrawn and taken out to Switzerland means. All of this can get it to start retaliatory action against abusers.