There is no more mystery in the murder of thieves in law Heydar Aliyev (Albert Ryzhiy) and Nadir Salifov (Lotto Guli). As it became known to the VChK-OGPU telegram channel and Rucriminal.info, the latest events in the Matrosskaya Tishina pre-trial detention center have finally dotted the “I”. 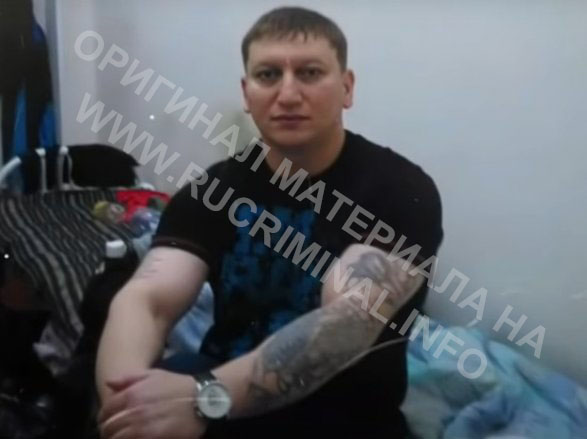 Heydar Aliyev was shot dead on April 12, 2021 in the fitness center of the Alye Parusa residential complex in Moscow. The perpetrator Matlab Sultanov, arrested immediately after Aliyev's execution, said during interrogations that the decision to deal with the thief in law was his personal, because of some offensive words. The operatives, of course, did not believe it. And for good reason. As the source said, then a malyava went through the pre-trial detention center, the meaning of which was that Sultanov must be dealt with as a murderer of a thief in law. For security reasons, he was transferred to Matrosskaya Tishina, and was even kept alone in a cell. However, it is clear that it will not be possible to protect Sultanov forever. But he had an intercessor. The detectives established that thief in law Namik Salifov (Guli's brother) repeatedly called in the pre-trial detention center, who persistently asked influential inmates not to do anything about Sultanov.

Investigating the information, the operatives found out that Namik was already a special person and did not hide among those close to him that the elimination of Aliyev was the work of “his hands” and that it was revenge for his brother. Lotto Guli was shot in Turkey in August 2020 by a bribed person from Salifov's entourage. The order is not officially known. However, gradually they became known and there are three of them. These are “thieves in law” Heydar Aliyev, Rafik Eyvazov (Rafik Massalinsky) and “authoritative” businessman Zaur Akhmedov. Neither had any reason to hate Guli, and each made an effort to keep him gone. Aliyev and Salifov were old enemies. Guli's people cut off Rafik's ear. Akhmedov's brother, thief in law Rovshan Dzhaniev, was killed. It is believed that this happened on the go-ahead of Lotto Guli.

Albert Ryzhiy belonged to the clan of the once "thief in law No. 1" Aslan Usoyan (Ded Khasan). The war between Nadir Salifov and Ali Heydarov began at the end of 2013. Lotu Guli announced his claims to a number of markets controlled at that time by Albert Arkhangelsky Red. However, Ali Heydarov refused to share the profitable objects. Several unpleasant telephone conversations took place between the thieves in law, which ended in a serious conflict. On March 17, 2014, officers of the GUUR of the Ministry of Internal Affairs of the Russian Federation detained in St. Petersburg two killers with weapons, who, as it turned out, arrived in the northern capital to eliminate Ali Heydarov. During the investigation, it was established that the mercenaries were sent by the "right hand" of Lot Guli Ilgam Hajiyev. In early April 2014, operatives detained him in Moscow, and they had to use weapons. As a result, the "authority" was injured.

Ilgam Hajiyeva (Ilgam Bolnisky) in St. Petersburg in 2019 was sentenced in absentia to 8.5 years in prison for organizing an attempt on the life of thief in law Heydar Aliyev (Albert Ryzhiy).

According to a source of the Cheka-OGPU and Rucriminal.info, Ilgam was once the closest person to thief in law Nadir Salifov (Lot Guli). While Guli was in prison for a long time, it was Ilgam who monitored the observance of Guli's interests in the Moscow region. After the release of Guli, Ilgam had a conflict with Nadir's brother Namik. Guli sided with a relative, and as a result, they parted ways. And with Namik, Ilgam became the worst enemies. After killing Lotu Guli, Namik tries to rule his empire.

As for Ilgam, recently he was close with the thieves Merab Dzhangveladze and the only recently released Tariel Oniani (Taro).

In November 2021, the clan of the latter was supposed to officially announce the coronation of Ilgam, but instead Turkish police came for him. He was arrested at the request of Russia. Surrounded by Ilgam, they see the intrigues of Namik behind what is happening.

If we return to Albert Ryzhy, then at the same time as Guli, he waged a war with the "thief in law" Alexei Gudyna. The clarification of their relationship led to a shootout in Turkey due to the fact that Albert Ryzhiy deprived Gudyna of his thief status.

In 2016, Heydarov was arrested for robbery and later sentenced in St. Petersburg to seven years. In the summer of 2020, Albert Ryzhiy was released on parole.

At the end of January 2021, Heydarov celebrated his 40th anniversary on a grand scale. According to the documents, he was born on February 2, but in reality this event happened earlier. On the occasion of such a significant event, Albert gathered a lot of honored guests in a restaurant in Moscow. And in the midst of the fun, special forces soldiers in full uniform burst into the premises. A common thing for banquets (in the official language of "gatherings") of "thieves". Some of the congregation had already gathered to lie on the floor and put their hands behind their heads. The commandos did not behave in a typical way. They went to the table of the hero of the day and fell on their knees in front of him, apologizing. It turned out that it was a funny gift from one of the guests with a ryazhe. The hero of the day was very pleased.

And in April he was shot.

At the disposal of Rucriminal.info there were materials on the basis of which the picture of the crime was recreated.

«: 04/12/21, at 14.53 o'clock, through the service" 02 "information was received that at the address: st. Aviation d.79, building 1, in the fitness club "DON-Sport Alye Parusa", there was a murder. The following were immediately sent to the scene: SOG ATC, SOG OMVD, PA-1731, PA-1732, GIBDD-4723, VNG 836.835. Upon arrival at the PA-2 site, it was reported: the body of Heydarov Ali Museib Ogly 02.02.1981, homeless person (citizen of the Republic of Azerbaijan, registration address is being established), in Moscow, resides in the "fitness club", is the body of Heydarov Ali Museib Oglu 02.02.1981, residence in Moscow: st. Aviation 77-… (the responsible tenant is established), has a refugee status since 25.05.2020) with multiple gunshot wounds, in the head area. The prescription of death was 15 minutes, the cause of death was a gunshot wound to the head, the corpse was sent to the Tsaritsyn morgue.

It was established that on 04/12/21, at about 14.49 o'clock, the n / a person, being at the address: st. Aviation d.79, building 1, fired at least 4 shots from an object similar to a pistol in the area of ​​the vital organs of A.M. Heydarov, as a result of which the latter died on the spot. Signs of the attacker: Caucasian people, 35 years old, 180 cm tall, athletic, short black hair. Dressed in: black pants, black sneakers, black short sleeve T-shirt. I had a red backpack with me. Possible setting data: Oruchev Taleh Namik Oglu. ….

“04/12/21, Khoroshevsky MRSO SU for SZAO Main Investigative Directorate of the Investigative Committee of the Russian Federation in Moscow, on this fact, was instituted. case No. 12102450022000028 under part 1 of article 105, part 1 of article 222 of the Criminal Code of the Russian Federation. To search for the offender on the territory of the North-West Administrative District, the measures provided for by the "Sirena" plan were carried out from 15.45 to 18.50. ... Action taken: The cameras of our own video surveillance were reviewed. "

“On 12.04.2021 at 15:38 through the service" 02 "an incident card was received, from which it follows that the driver of LLC" Altrans Autoliz Severny No. 1 "contacted the service" 112 "and reported that on 12.04.2021 at 15:30 at the end of the passenger compartment of the bus route No. 26, on the left side by the window they found a firearm, one loaded magazine and one cartridge behind the seat. During the survey, the driver explained that the bus route is from Novopeschanaya street to 8 to ul. Zhivopisnaya, house 28. At 15:30 on this bus, he arrived at st. Novopeschanaya, 8. Having stopped at a public transport stop, the passengers got off the bus, and then began to inspect the bus interior for forgotten things, passing on the left side of the passenger compartment noticed a longitudinal metal object behind the window seat. He took this item with two fingers of his right hand and saw that this item looked like a black pistol, after further examination he found a separately lying cartridge, a separately lying magazine with loaded cartridges. After that, this fact was reported to the "112" service. Check in the order of Art. 144-145 of the Criminal Procedure Code of the Russian Federation is carried out by ESD Narchuk V.V. Measures taken: The scene of the incident was examined, the items seized during the inspection of the MP were sent for a comprehensive study. Video surveillance from the bus was examined, it was established that the suspect in the murder (the murder was committed on the territory of the Ministry of Internal Affairs in the Shchukino district) at 15:00 21 minutes, while in the cabin of this bus, exchanged jackets with an unknown passenger. Then, at 15:30, this passenger got off at the final stop - Peschanaya 8 and headed towards Peschanaya Street 3, where at the indicated address the garbage containers were looked through and the jacket was found in one of the containers, which was subsequently seized. It was not possible to identify the signs of a criminal by video surveillance, due to the poor quality of video filming in the bus. The information was transferred to the squads involved in the system of unified deployment, it was also brought to the Department of Internal Affairs in the Northern Administrative District and the adjacent OMVD ... ".