Rostec: an endless history of theft 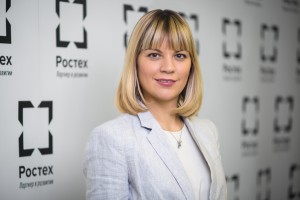 The Investigative Committee of Russia (ICR) is investigating more and more episodes of criminal activities of the former director for legal support and corporate governance of the state corporation Rostec Alla Laletina. The investigation accuses her of receiving bribes in the amount of 70 million rubles, or more than $ 1 million, from the former general director of the Novosibirsk Artificial Fiber Plant (NZIV), which produces the warheads of Iskander missiles and rockets for multiple launch rocket systems. Also Lapetina is under house arrest in the framework of the case of fraud with "dead souls". After new charges were brought against her, she was sent to a pre-trial detention center. However, life does not teach anyone. According to Rucriminal.info sources, the new director of the corporate department of Rostec (director of organizational development of the State Corporation Rostec) Anna Sharipova and her husband (an employee of a subsidiary) came into the field of view of the operatives. Information is being verified that their joint activities have caused multimillion-dollar damage to Rostec. At the disposal of the editorial board was a certificate from the special services on this matter, which we publish: “The funds of the joint venture, including those received from JSC LZOS, were spent by the General Director T.A. Sharipov to finance affiliated T.A. Sharipov organizations not related to the investment project:

T.A. Sharipov proposed to exchange the contribution of JSC LZOS to the joint venture LLC Interpharmglass-M for a share in LLC TZK LISMA.

The response of the head of the joint venture T.A. Sharipov was not received.

At the same time, the enterprise, at the expense of another organization HC Shvabe, JSC PO Ural Optical and Mechanical Plant, purchased equipment for the needs of VIDEO GROUP LLC (debt - 5.4 million rubles).

The damage caused is estimated by JSC "Shvabe" at more than 160 million rubles.

In addition, JSC "Shvabe" in connection with the refusal of T.A. Sharipova, in the provision of documents, cannot confirm the reasonable spending of the loan from the Industrial Development Fund (approximately 240 out of 500 million rubles), the funds must be directed to the purchase of imported equipment.

In the event of the loss of these funds, JSC LZOS may be involved in their compensation as a guarantor for the loan.

To support LLC "Interpharmglass-M" by an employee of the Corporation A.N. Sharipova received a loan in the amount of 40 million rubles (the consent of the co-founder of JSC LZOS was not issued). "

Anna Laletin and her husband were participants in various scandalous stories and turned out to be extremely wealthy people.

Several years ago, businessman Denis Mikhailov, who sold the mansion on Rublevka to Laletina, tried to return through court almost 3 million rubles for the wine collection stored there, but in vain. It was in this house that the accused was serving house arrest.

Alla Laletina left Rostec in the summer of 2019. Previously, she held senior positions at Sibur and SiburTyumenGaz. For her work in the state corporation, Sergei Chemezov was awarded the Order of Friendship.

Laletina's husband is Nikolai Semyonov, who in the past worked as an adviser to Chemezov. In 2018, he was detained in the case of embezzlement of 10 million rubles.

Laletina was replaced by Sharipova, who was not at all embarrassed by the fate of her predecessor.