Rogozin and the velvet revolution»

The head of Roscosmos and extremists have one ideological inspirer? 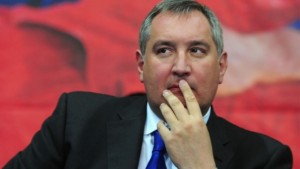 Every person has stages in life that he does not want to remember. And former friends on these vital segments at a meeting will pretend that doesn't know. There are such segments and the current head of Roscosmos Dmitry Rogozin. Now it is a civil servant who is trying to establish relations with the American NASA. But once knew a very different Rogozin. According to sources Rucriminal.info actually it was a reference point for the nationalists. Moreover, not just the Nazis, and very serious underground workers who prepared the "velvet revolution".  At our disposal were the materials of the case, which was investigated by the FSB, the creation of an extremist organization "Northern brotherhood".

"The purpose of the "Northern brotherhood" was announced as coming to power in the Russian Federation through non-constitutional means as a result of "velvet revolution" in the future – the change of the constitutional system and territorial integrity of the country through the establishment on its territory of a state under the name of "Light of Russia", -stated in the materials of the case, which has Rucriminal.info.

To do this, the organizers of the "Northern brotherhood" were going to arrange "extremist crimes, namely , public calls for extremist activities and incitement to hatred or enmity," including on racial grounds.

The leader and ideologist of the organization was a former employee of the First main Directorate of the KGB Valery Vdovenko. He once participated in the creation of a number of major parties, including the party "Rodina". In his testimony Vdovenko warmly and told us a lot about his ideological disciple, Dmitry Rogozin. "When one of my old friends, from the time of my work in Aeroflot, Dmitry Rogozin, asked me to recommend him a few people to the governing body of the all-Russian public Association "Congress of Russian Communities", I gave him a list of people, among whom I recommended Khomyakov PM",- told the investigators Vdovenko.  Hamsters is another leader of the "Northern brotherhood", which was also close to Rogozin, know a lot about him and died in the colony under strange circumstances.

"Rogozin D. O. took advantage of my recommendation," continues Vdovenko, " At the end of 2004, again at the request of Rogozin D. O., I had to help as a political strategist. I had to promote one of the candidates in a single-mandate district. To do this, I put up several so-called technical candidates, including hamsters PM, as it was necessary to divide the votes of the nationalist electorate." Further ideologist nationalists says that "to fulfill the task" he received 10 thousand dollars from the then candidate for the state Duma, and now a prominent political scientist Mikhail Delyagin.

According to the testimony of Vdovenko, he worked very closely with Rogozin and in the project "Rodina"party. "In 2003, it was I who picked up the role of co-Chairman of the "Party of Russian regions" (PDR) D. Rogozin and S. Glazyev, who were the leaders of the list of "block homeland" in the elections to the state Duma in 2003. I was the Deputy chief of the electoral staff and was responsible for work with the regions. In the elections, the party successfully acted and got into the state Duma. In 2004, the PPR was renamed the party "Rodina", excluding from its ranks S. Glazyev. In 2005, "PPR" was introduced one of the Chairman of the party, which was elected Dmitry Rogozin," - said during the interrogation, Vdovenko, a copy of which publishes Rucriminal.info..

Now we know who is the "godfather" of the current Deputy Prime Minister Rogozin, who gave him a ticket to a great political life. It was Valery Vdovenko, who was preparing a coup in Russia by the "velvet revolution". And the purpose of the coup was to come to power. I wonder what place, in case of a successful coup, expected Rogozin? He always wanted to be the first person.

In the near future Rucriminal.info talk about how the nationalists have uncovered the embezzlement of seven billion rubles and called the organizers of the Scam - the members of the list "Forbes".