"The risk of escaping is too great."

Vladislav Klyushin, who was arrested in the United States, was not released on bail. 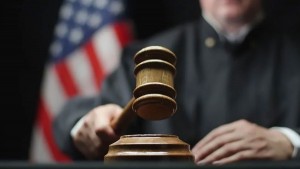 A federal court in Boston today held a hearing on the election of a measure of restraint for Vladislav Klyushin, a Russian who is accused of trading inside information, the founder of M 13, which is developing a media monitoring system for the Kremlin. The meeting was held in the form of a video conference on zoom. See Rucriminal.info for details. Lawyer Igor Slabykh, who was present at the meeting, said that the process began with a speech by Assistant Prosecutor Stefan Frank. (https://t.me/uslegalnews/1396)

The assistant prosecutor said that Klyushin should not be released from custody, and cited the following as the main argument: “the defendant has no connections at all in the United States - no home, no family, no friends - and nothing keeps him here at all”. Further, in opposition to the prosecutor, Klyushin's lawyer Maxim Nemtsev spoke out. He cited as an example similar court cases in the United States, where the defendants were released on bail.

Also at the meeting, the judge criticized the letters in support of Vladislav Klyushin, which the lawyer attached as a recommendation with a request to release the defendant. We have previously published two examples of such letters - the wife of Klyushin, Zhanetta Klyushina, and the general director of M 13, Alexander Badikov. In addition, similar letters were written by other colleagues and relatives of the defendant.

“The letters do not at all reflect the fact that their authors know the essence of the accusation. All letters start with the same phrases, ”said Judge Marian Bowler. Therefore, the court refused to attach significant weight to the letters with Klyushin's support.

At the meeting, Vladislav Klyushin himself said that he did not admit guilt. The next meeting was scheduled for February.

Interestingly, Klyushin's defense had previously stated that they were ready to secure a bail of $ 2.5 million so that the court would release the accused under house arrest. In addition, the lawyer asked to leave Klyushin in home detention in a one-bedroom apartment building that Mr. Klyushin rents in the seaport area, with permission to leave only for visits to a lawyer and medical appointments with the permission of the pre-trial service. Klyushin also said that he agreed to wear an electronic monitoring device with a global positioning system; Surrender your passport (which is already in the possession of the government); agree not to seek or receive a new passport during the consideration of this case; agree to be extradited to the United States from any country and waive all rights to such extradition; is ready to prohibit any person from entering the residence of Mr. Klyushin, except for Mr. Klyushin and his lawyers, without the prior permission of the pre-trial service and / or the court. Also earlier, Vladislav Klyushin, through lawyers, said that he agreed to refuse to use communications and the Internet and was even ready to hire security guards at his own expense to ensure that he did not run away.

Interestingly, as arguments for sending Klyushin under house arrest, his lawyer also noted earlier: “Mr. Klyushin comes from a poor family. His mother worked as a salesman in a supermarket, gave birth to Mr. Klyushin when she was about 18 years old. Mr. Klyushin is not related to his father, who is not even on the birth certificate. As a child, Mr. Klyushin's family was poor. He started working at 13 to support his family. "

However, the accusation was adamant, among the arguments of the assistant prosecutor was the fact that Vladislav Klyushin very often visited different countries on private planes. The judge agreed that the risk of escape was too great. Klyushin was left in custody. Let us remind you that the letter from the general director of the company Klyushin M-13 Alexander Badikov said that the Rostec Concern and the Moscow Department of Information Technologies had refused the services of the M 13 company.

“After the arrest of the owner of LLC“ M 13 ”Vladislav Klyushin, the financial condition of the company has deteriorated significantly. Fearing for the stability of the company in the absence of the owner of the company, clients of LLC M 13 using the M13 software of LLC Katyusha, namely: • LLC Concern Radioelectronic Technologies (Contract revenue in 2020 - 1.1 million US dollars, and the Moscow Department of Information Technology (contract revenue in 2020 - 2.15 million US dollars refused to renew contracts next year, ”reads a letter from M 13 CEO Alexander Badikov, which is at the disposal of Rucriminal.info.