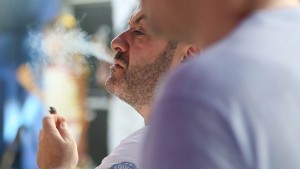 To the many problems of the main sponsor of the Bolshoi Theater, chairman of the board of directors of Azimut Hotels, Alexander Klyachin, a new one was added. As it became known to Rucriminal.info, the businessman actually declared war on the extremely authoritative deputy of the State Duma of the Russian Federation Andrei Skoch. Klyachin, who has the glory of a top raider, decided to carry out an unfriendly takeover of the property of the parliamentarian. Recall that in recent years, almost all of Klyachin’s entourage was behind bars. For example, Valentin Gonastarev, the “right hand” of the former head of the Directorate of the Federal Security Service of the Russian Federation, Viktor Voronin, is staying there. Under house arrest is a longtime friend and business partner Klyachina Alexei Khotin. The siloviki are interested in the security guard and the "right hand" Klyachin, Evgeny Ustenko.

The other day, the Intellectual Property Court on Thursday rejected the statement of Azimut Airlines JSC on invalidating the decision of Rospatent of March 28, 2019, which retained the protection of the Azimut trademark by Luxembourg-based Azimut International. The beneficiary of Azimut Airlines is pensioner Vladimir Skoch, father of State Duma deputy Andrei Skoch, co-owner of Vnukovo Moscow Airport Vitaly Vantsev and Lena Karataeva. Airplanes made their first flight on September 21, 2017. And almost a year later, on July 12, 2018, Azimut trademark was registered in the State Register of Trademarks and Service Marks of the Russian Federation (No. 662548) at Azimut International in respect of goods of a number of classes of ICGS, including the 39th class (air transportation). Azimut International is an AZIMUT structure Hotels, Vlad ltsem and chaired the board of directors is Alexander Klyachin. So he cleverly "kidnapped" from Skoch family rights to the name of the airline.

Sources of Rucriminal.info say that in this conflict, Klyachin decided to maintain the glory of an invincible raider who even “washed” Skoch. Therefore, he personally gave the order to fight for the 39th (air transportation) class to the end in the courts of all instances.

Andrey Skoch is also known as a man from the 90s, so the fight promises to be interesting.

It feels like Klyachin has recently been attracting trouble to himself as a magnet. Under house arrest is a close friend and business partner Klyachina Alexei Khotin. Khotin, through Seneal International Agency Ltd, owns a 29.99% stake in Exillon Energy. Another 27% of the company is owned by Sinclare Holdings Limited, which in turn is controlled by Klyachin.

Sources of Rucriminal.info that now special services are actively developed by Evgeny Ustenko. This is Klyachin's “right hand”, who is responsible for all power operations. Alexander Klyachin comes from the once largest raider structure "Nerl". From 2000 to 2007, Evgeny Ustenko worked at Nerl as deputy general director and then vice president.

At one time, the winner of the auction for the right to become the owner of the building of the five-star Metropol hotel in Moscow was Okhotny Ryad Deluxe, on behalf of which the general director of LLC SP Metropol controlled by Alexander Klyachin, Evgeni Ustenko, spoke at the auction.