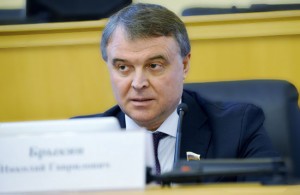 Rucriminal.info once mentioned a very strange company - the investment company Danmar-Finance. This is an LLC with murky founders from Britain (WESTAGE CAPITAL LLP PARTNERSHIP - no one announces the official names of partners, they are all offshore) and it owns almost half of the fields and oil and gas companies in the Khanty-Mansi Autonomous Okrug. "Slavneft", "Mekami" - these are all of them. Of course, ex-minister Yuri Shafranik and his son Denis immediately come to mind here. The first was once the governor of the Tyumen region. The former official, even after his resignation, kept an eye on the processes in the region, where up to 60% of oil from all over the Russian Federation is produced. And Denis just managed the assets of his father. In the course of further investigation, Rucriminal.info managed to lift the curtain on those behind the mysterious Westage Capital LLP. The person entitled to sign on behalf of this company is a certain Andrey Vertiy. This gentleman is a native of Kazakhstan, when something difficult brought him to Siberia and he began to climb his head and bones. It all began with an acquaintance with a policeman from Nizhnevartovsk, Nikolai Gavrilovich Brykin. Since 1983, he served in the internal affairs bodies. During his service in the Internal Affairs Directorate of Nizhnevartovsk, Tyumen Region, he became the head of the department for combating economic crimes - the deputy head of the criminal police. In 1994 he headed the department of the Federal Tax Police Service of the Russian Federation in Nizhnevartovsk. In 1999, from the post of first deputy head of the Federal Tax Police Service of Russia in the Khanty-Mansi Autonomous Okrug, he was transferred to Moscow to the position of first deputy head of the Federal Tax Police Service of Russia in Moscow, where he served until the abolition of the Federal Tax Police Service in 2004. In May 2004, he was sent to the Far East, where he was appointed to the post of First Deputy Head of the Main Directorate of the Ministry of Internal Affairs of the Russian Federation for the Far Eastern Federal District - Head of the Operational Investigation Bureau for Economic and Tax Crimes, with the assignment of the special rank of “Major General of Militia”. On August 4, 2006, by the Decree of the President of the Russian Federation, relieved of his post, at the present time, of course, not without the efforts of Andrei Vertiy, not much less - a deputy of the State Duma. In the Duma, the scale is different and Brykin openly lobbied for the interests of Vertiy and other persons to whom he owed something in the past, and who could pay for such companies.

According to Rucriminal.info sources, in particular, Nikolai Brykin used his parliamentary powers to protect the interests of Bank Yugra, whose license was first suspended by the Central Bank of Russia and then revoked. Lobbying activities were accompanied by the sending of parliamentary inquiries to various authorities (including the General Prosecutor's Office of the Russian Federation) and repeated public speeches, which was seen by some media as an attempt to put pressure on the court and the Central Bank of the Russian Federation. Deputy inquiries were also directed in the interests of Andrei Vertiy, so as not to pay the debts of Vertiya's enterprise - Denmar Leasing LLC. This enterprise was and is practically a satellite of Denmar-Finance LLC, headed by Yuri Anatolyevich Kournikov. Vertiy is also directly related to CJSC JV MeKaMineft, as he invested the money earned on the guar gum smuggling, including in this company.

The style of work of businessman Vertiy Andrey is to earn debts and not pay, and whoever doesn't like it - there is a resource to calm the dissatisfied. Beginning in 2014, he met the lawyer Andrey Komissarov, and through him he received a colossal but expensive resource in the form of a senior assistant (now former) to the chairman of the Investigative Committee of Russia, Major General of Justice Igor Fedorovich Komissarov. Vertiy, like any businessman in Russia, has “skeletons in the closet” and his reputation must be cleaned and scorched, but not everything can be hushed up.

From about 2014-2015, a company from St. Petersburg, TorgMash LLC of businessman Dmitry Sbruev, gets involved in the fight directly with Andrey Vertiy, in a legal way, without crime, forcing him to return the debts of his enterprises. Vertiy Andrey's enterprise Denmar-Leasing LLC owes more than 300 million rubles to TorgMash LLC, and this is at the prices and exchange rate of 2012. Events developed in the style of the Wild West, businessman Sbruev Dmitry was imprisoned in a pre-trial detention center, kept under house arrest, tried and tried, arrested, shoved into various criminal cases, strangled with deputy inquiries, but did not break. Sbruev, being constantly under tough, well-organized and paid criminal pressure, brought the story of the collection almost to the end. The Komissarov brothers did not bring the matter to an end, the President of the Russian Federation unexpectedly dismissed Igor Fedorovich Komissarov on September 8, 2019. The shares of Andrey Komissarov's lawyer immediately fell a little, since earlier it was often enough to just mention the brother and the doors opened, it was convenient to use the name of the current general of the IC of Russia. AK Komissarov and Partners lost several court cases against Vertiy's firms, and Vertiy also decided to refuse the services of the Komissarov brothers, to look for someone cheaper, the help of the Komissarov brothers, even for him at times, was simply unaffordable.

In 2018, the bailiffs of the Central Office of the FSSP of Russia initiated enforcement proceedings, which were stalled for a long time due to the corruption ties of Andrei Vertiy and his assistants, but in February 2021, the FSSP service of Russia began to take measures for enforcement, criminal cases were initiated against the director of the company. the debtor LLC "Denmar-Leasing" Osokin Denis Alexandrovich under Art. 177 and 315 of the Criminal Code of the Russian Federation. The property hidden from the bailiffs was also found, some of it was arrested for subsequent sale at the auction. Almost at the same time, it turned out that Denis Aleksandrovich Osokin created, on the instructions of Andrey Vertiy, a backup firm Delta Oil Leasing (TIN 7704441413) with an authorized capital of 25 thousand rubles and brought there almost all the property from the debtor company, for hundreds of millions of rubles. It turned out that from the settlement account of the debtor company LLC "Denmar Leasing" several million dollars were hastily sent to the personal account of businessman Vertiy Andrey abroad. Much more has come to light thanks to the enforcement measures carried out in the framework of the criminal case. What will happen now, materials have been found on several criminal cases, including those against Andrei Vertiy, a sea of ​​acts and facts that entail criminal liability. Will Vertiy have to sell his stake in CJSC JV MeKaMineft, renounce his citizenship in Saint Kitts and Nevis, surrender the passport of this country, refuse a residence permit in the United Arab Emirates, receive a request from the Federal Tax Service Inspectorate for the withdrawal of money, foreign accounts, property recorded on daughter, arrest of a villa in Switzerland and penthouses in the Emirates and go to a pre-trial detention center? I don’t think so. The thing is that according to the law, the director Osokin Denis will have to answer, he was given a lawyer who was cheaper and they were convinced that everything would work out. Media lawyer Valeriy Ponosyuk burst into the case with a surname that speaks for itself. We are waiting for Vertiy and Osokin to appear in the program “Let them talk” or “Find me”. In general, the whole situation boiled down to the fact that the shadow millionaire Vertiy Andrey for many years did not comply with the decisions of the courts, runs a leasing business and withdraws funds to his personal accounts abroad, spits on the interests of ZAO JV MeKaMineft partners, which by the way removed data on beneficiaries from Austria and transferred to a company located in the Freezone of the Emirate of RasAlKheim in the United Arab Emirates, spits on the fiscal and law enforcement agencies of Russia. Vertiy Andrei probably decided to use the devoted director Osokin Denis, with a criminal past in the leasing business, he will not find a place. 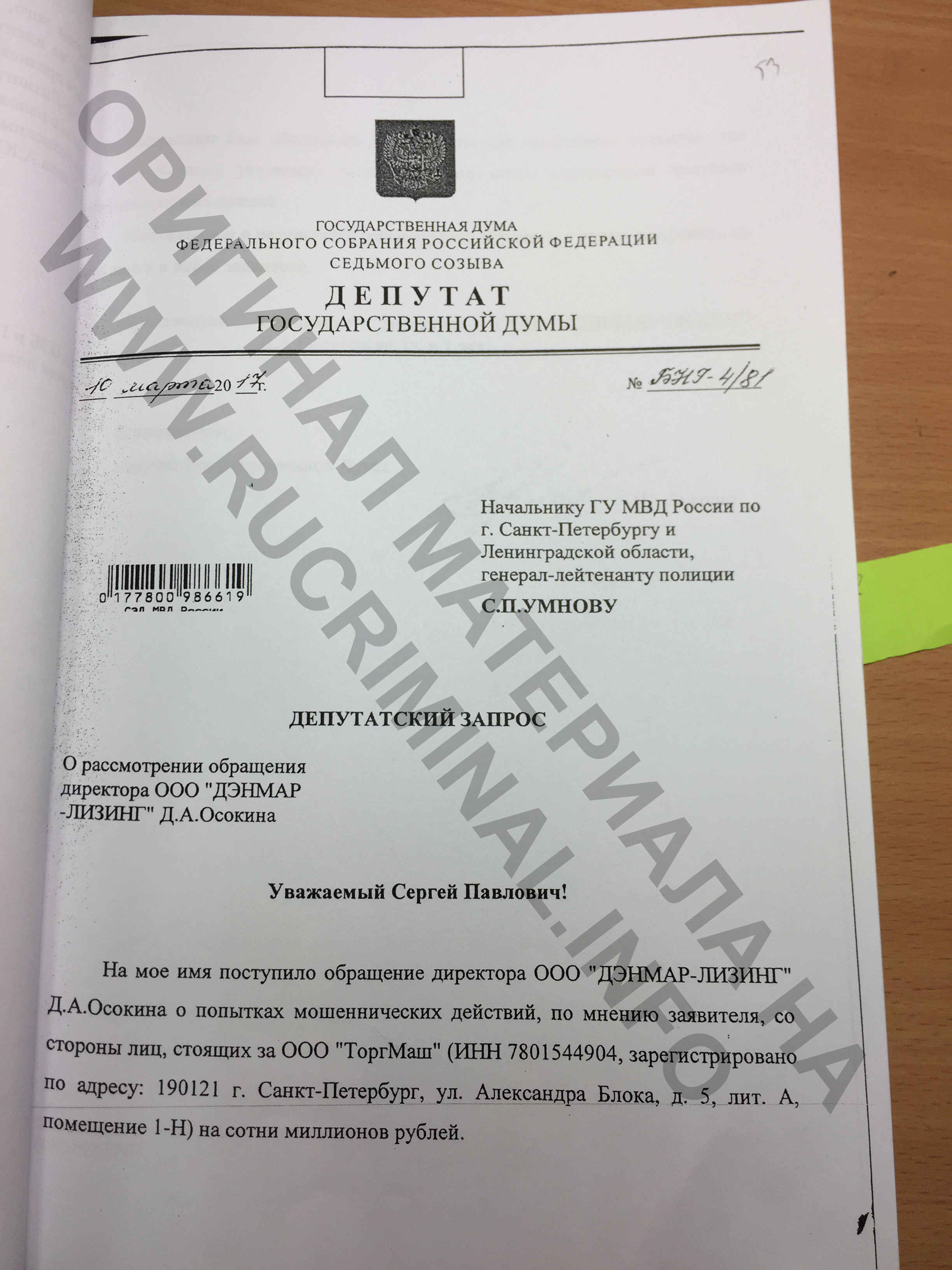 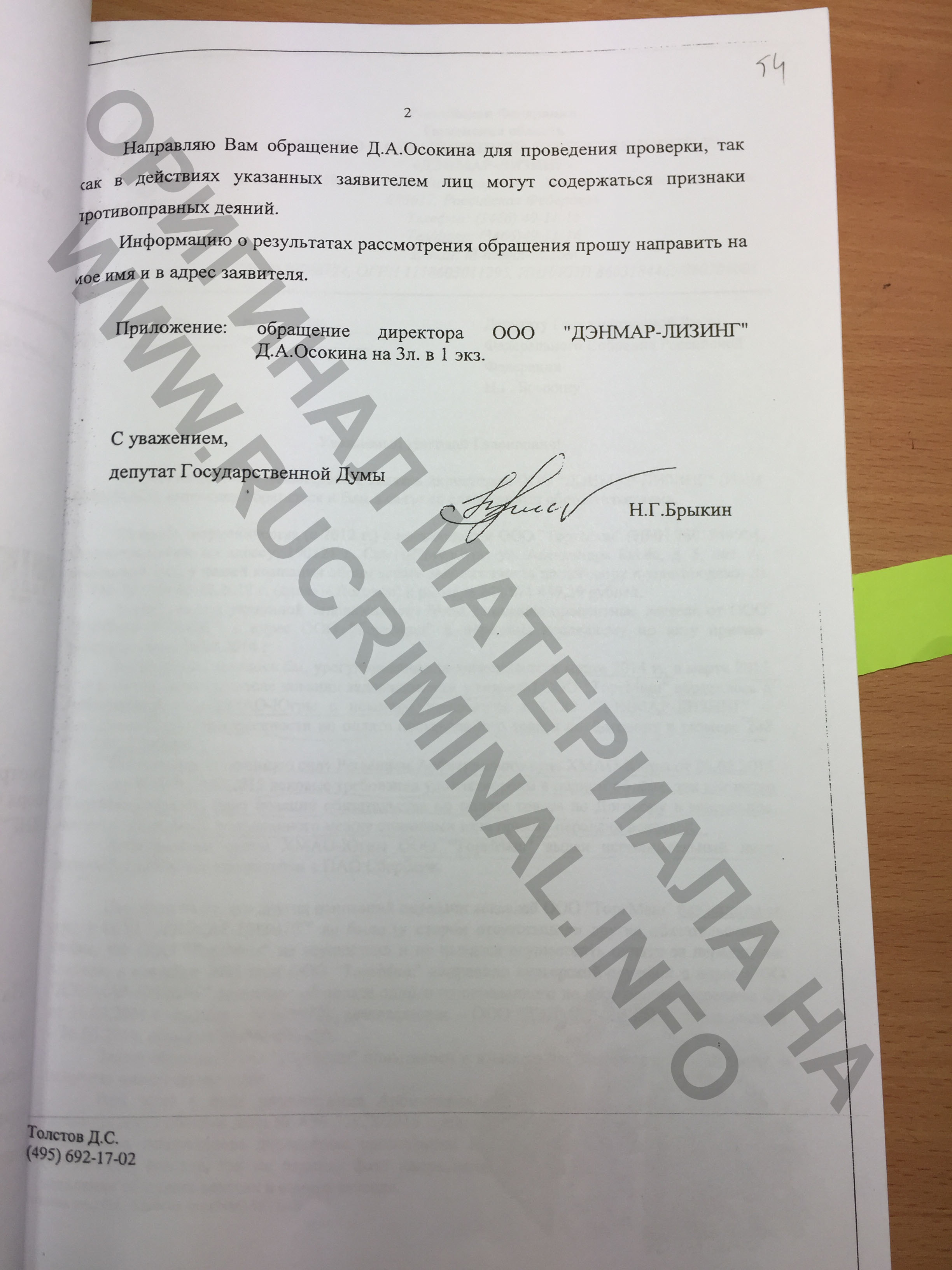 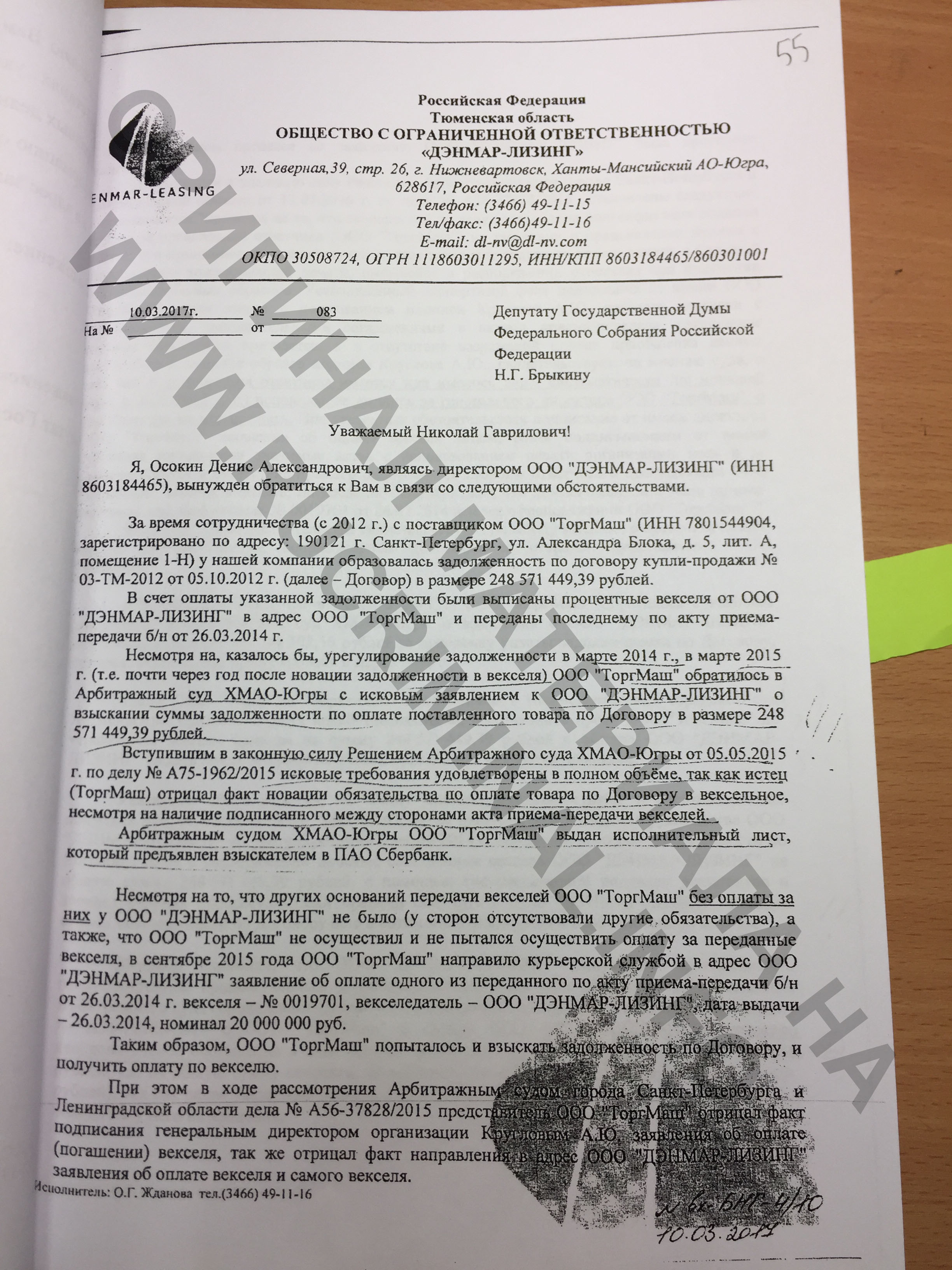 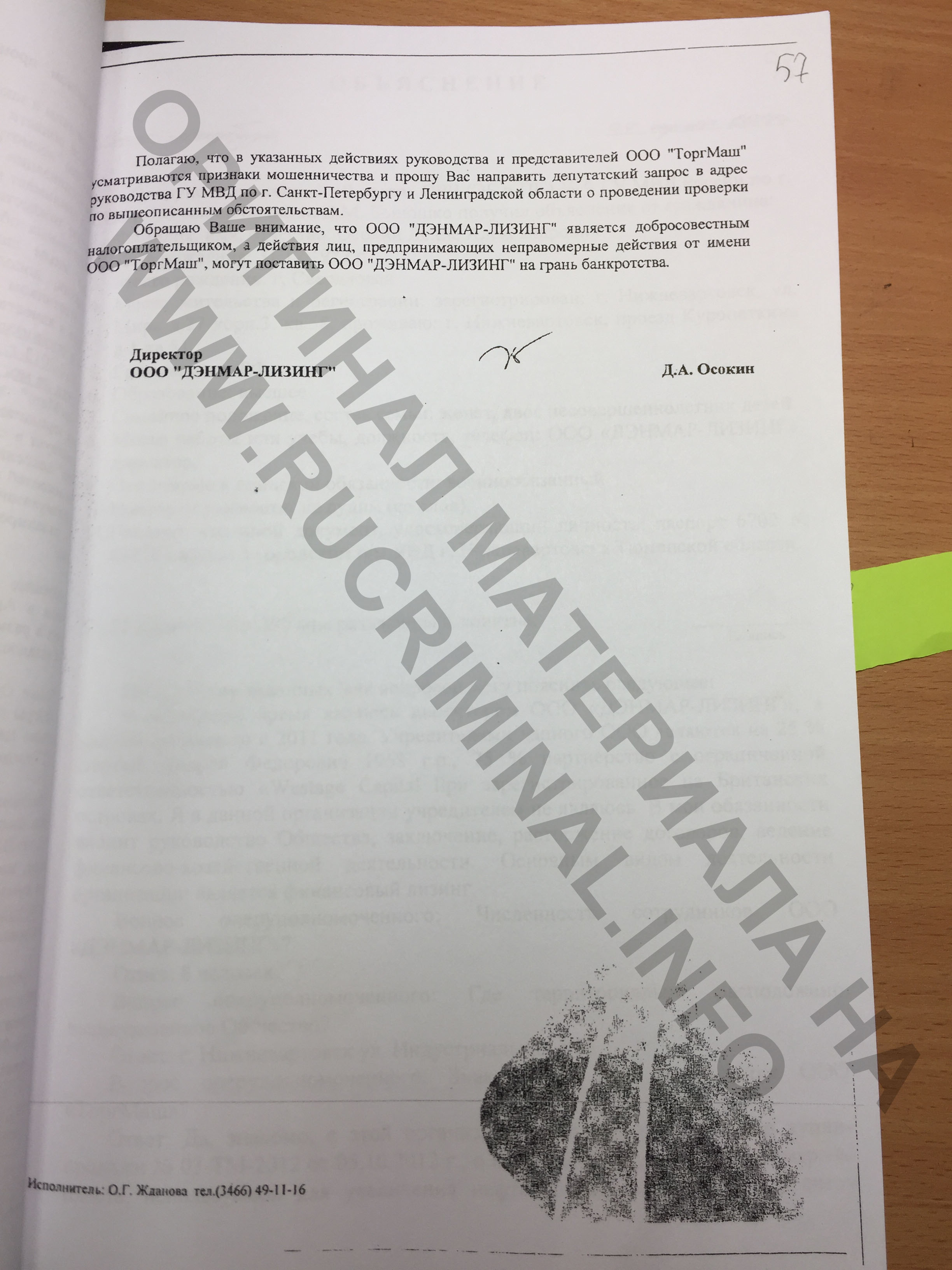