Way Yanchukova: Through the security service in Russia 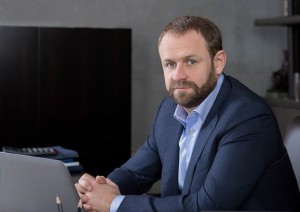 June 27 at 7 a.m. to the home of a businessman Yegor Litoiu, General Director of the company "Xenievskiy mine", came with a search warrant, the staff of Investigative management of UMVD of Russia on Transbaikalian edge together with field investigators of the Main Directorate of economic security and counteraction of corruption of MIA of Russia. In the evening Licheva as a suspect drove away from Moscow to Chita, in Transbaikalia, and then in Izhevsk, 600km from Chita, on the court. Contrary to any logic, it was carried to Mogochinsky district court for election of a measure of restraint. Several times during the meeting there was an argument about, let's say, "the third superfluous" in this story. We are talking about the initiator of the situation Lithium Sergei Yanchukova - the head of the group of companies "Mangazeya" and part-time son-in-law former mayor of Kiev Leonid Chernovetsky. According to his statement, a case was brought and, coincidentally, he now plays a corporate dispute for several billion roubles to the father of Yegor Licheva – Victor. The Moscow arbitration court ordered the return Yanchukova Litoiu senior asset value of not less than $ 100 million and almost 500 million roubles of the penalty.

Sources Rucriminal.info I believe that the prosecution Licheva individual law enforcement officers can be motivated. And the family Yanchukov-Chernivtsi is a man who is engaged in such things. We are talking about the partner of the Bureau "Attorneys and business" Sergei Kovbasyuk, through which the security forces organized not one criminal case. By the way, now he is wanted on charges of bribery of intelligence officers. But from outside Russia manages to engage in their former craft.

Ukrainian "Gestors" is headed by a lawyer Vitaly Makhinchuk, who together with partners defends the interests of numerous members of the clan Leonid Chernovetsky (Lenya Kosmos) and Sergei Yanchukov. The leaders of "Gestors" have extensive contacts in the SBU. A significant part of the team Poroshenko were proteges Chernivtsi. Among them Igor Kononenko who was not only the Deputy Chairman of parliamentary fraction of Petro Poroshenko's Block, but also actually the main "looking" behind presidential political force in Parliament stood out. Another protégé of the Laziness of Space — Sergei Berezenko - was appointed head of the State Department of Affairs – in fact, the head of the President. Berezenko along with Kononenko was part of the closest circle of communication of the President. The representative of the team of Chernovetsky Maxim Savrasov, was the Secretary of the party Block Petro Poroshenko "Solidarity". The list could go on for a long time. All these people were included in the closest circle of communication of Chernovetsky's son-in-law Sergey Yanchukov.

It is the people of Chernovetsky, Yanchukov and lawyers from "Gestors" helped Poroshenko to wage a legal war with Igor Kolomoisky.

According to sources Rucriminal.info, also "Gestors", Yanchukov and Chernivtsi were seen in the "flirting" with the "Right sector". Family Chernivtsi-Yanchukov allocated 10 million hryvnia to the families of the victims on the Maidan. A relative of the Manager of "Lawyers and business" (Moscow branch of "Gestors") Sergey Kovbasyuk Yaroslav Gurnyak was one of the leaders of the Lviv nationalist movement "Trident", from which grew "Right sector". Gurnyak took an active part in the events on the Maidan, and then in the pogroms in Kharkov.

Also in Chernivtsi and Yanchukova good communication with government authorities and US intelligence agencies. Lenya Kosmos often happens in this country, where he has his curators, which explains his so confident position, both in Ukraine and in Georgia, where Chernovetsky lived for a long time.

Moscow representation "Gestors" called "Lawyers and business" is fully controlled by its parent structure in Ukraine and is actually the "hands" of the team Chernovetsky, Yanchukov, SBU in Russia. The list of communication of heads "Lawyers and business" only is confirmation of that they carry out instructions of the curators in Ukraine. So, on June 28, 2015 Kovbasyuk flew to Armenia together with judges of the Supreme specialized court on civil and criminal cases of Ukraine Roman Sakhno who among other things considered case concerning Yulia Tymoshenko. The campaign was made by Agatha Mazepa - head of the Polish branch of the Associate of US Transfer Agency Franklin Templeton Investments. It is a global investment company, one of the largest in the United States, closely associated with the us authorities and intelligence services and has an extensive network in Eastern Europe.

Most of the clients of "Lawyers and business" became such under the patronage of the curators of the law office from Ukraine and the United States. As suggested sources Rucriminal.info in Russia "Attorneys and business" and Kovbasyuk not particularly bother challenging legal work. Just received from the client to the suitcases with the money were allowed to initiate cases as the case in which he was arrested Egor Lita.

In January 2018, Sergey Kovbasyuk was detained. He offered 600,000 euros to a former FSB officer for assistance in opening a criminal case. Then Kovbasyuk changed a measure of restraint on house arrest and he disappeared in Ukraine. And from there solves the problems of Yanchukov in Russia. Methods, however, remained the same.