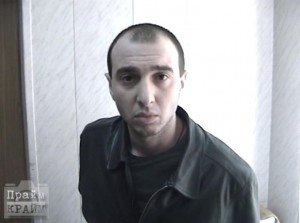 Thief in law Shota Tevdoradze (Shotiko), after unsuccessfully organizing a gathering of his supporters in Greece, is trying to involve neutral thieves, including 60-year-old Matvey Karabulat, in his conflict with thief in law Vazha Bigishvili (Vazha Tbilissky). It was he who was appointed the leader of the gathering. However, according to the source, later Karabulat refused to break up this conflict and took the side of Vazha Biganishvil. After using all possible ways to influence Vazha Biganishvili, Shotiko began to use radical methods in the war with him. So, in Greece, Vazha Biganishvili's "right hand" Sandrik was arrested, because of whom the whole conflict with Shotiko arose. In mafia circles, this turn of events did not surprise everyone. According to the source, "thief in law" Valiko Jedzhey (Walter) recalled the following story.

“Stas Barakov (Stas Rostovsky) serving a sentence for the murder of crime boss Viktor Koltunov (Doctor). Throughout his term, he fought with the administration, for which he was exiled by the Rostov Federal Penitentiary Service to the reddest and most terrible region - to the Volgograd region, where at that moment Shotiko Tevdoradze was.

Upon arrival of Stas Barakov in the Volgograd region, he refused to comply with the demands of the administration for signing papers, for which he was beaten. The first withdrawal was upon arrival. There was a monument to the tractor symbolizing the Volgograd industry. Administration officials forced inmates to wear red armbands, symbolizing cooperation with the administration, and to push the monument to the tractor, filming the process. Stas Barakov resisted, for which he was transferred to the punishment cell, where he was beaten, and demanded to sign a document of cooperation.

Then Shotiko Tevdoradze was brought to the cell where Stas Barakov was. According to the source, Shotiko began to persuade Stas to agree to the conditions of the administration, to sign the paper, and then he can count on the cessation of the beatings and the loyalty of the administration employees to him. At the same time, he assured that what happened would remain a secret, and the paper would not go beyond the administration.

Fortunately for Stas Barakov, in 2008 Valiko Dzhedzhey was convoyed to this colony, he took him under his wing and appointed him a donor. Now this story about Shotiko was recalled to him during the conflict with Vazha.