"Let them kill you right away, in a carriage, like a vegetable, I don't want to"

What the mayor said before the murder and who was the curator of the leader of the bloody organized ... Rucriminal.info continues to talk about the loudest crime of the organized criminal group of Konstantin Piskarev (Kostya Bolshoi) - the murder of the mayor of the city of Sergiev Posad Yevgeny Dushko. From the testimony, you can find out how the murder went, what led to it, about the backstage of the Moscow Region authorities and the mayors bought by the mafia. The main thing is that a certain "curator" appears in the testimony, who had a great influence on Kostya Bolshoi and to whom Dusko went for negotiations after the conflict with Piskarev had arisen. This "curator" said to the mayor: "Make an agreement or you will suffer!" Other witnesses named this person - Mikhail Ruzin, the owner of the Krylovsky bank, strazovyh, construction companies and many objects in the Moscow region. 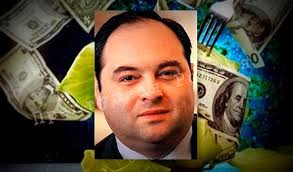 Ruzin has an interesting biography. In the early 90s, he was an active member of the Solntsevo criminal group and was a "close relationship" of one of the "authorities" of this organized criminal group, Alexei Molchanov. The list of convictions and detentions of the last character takes almost two pages. At various times he was involved in illegal possession of weapons, threats to an official, extortion, etc. According to the archives of the Odintsovo Department of Internal Affairs, on August 16, 1998, Mikhail Ruzin was detained in the Moscow region as a wanted person. Arrest was chosen as a preventive measure. However, another criminal case against Ruzin never got to court. Which is not surprising. Mikhail always bragged about his acquaintances' connections in law enforcement agencies. He often told at friendly feasts that General Ivan Glukhov, the head of the (now former) Main Directorate of Internal Affairs of Moscow, provided cover from security officials at different levels. According to a Rucriminal.info source, Mikhail Ruzin is the gray cardinal of the Moscow region. On the one hand, he is closely associated with the mafia, in the hierarchy of which he was higher than Kostya Bolshoi. On the other hand, he has always been associated with one of the special services of the Moscow region and high-ranking officials. That is why Ruzin remained only a witness in the Dusko case, although the testimonies of witnesses and other evidence indicated otherwise. Rucriminal.info continues to acquaint readers with the testimony of witnesses and defendants in the episode with the shooting of Yevgeny Dushko. “Testimony of witness KA Anostolov, according to which Dushko’s victory in the elections and his appointment as chairman of the Council of Deputies contradicted the interests of many persons. So, initially, after winning the election, Dushko wanted to take part in the elections for the head of the city of Sergiev Posad, but on the recommendation of some high-ranking official at the level of the Moscow region, Dushko refused to participate in these elections, and as a result Maslov became the head of the city. Maslov's work was twice assessed by the deputies as unsatisfactory, and on the initiative of the Council of Deputies, Maslov was removed from office. The head or founder of the Krylovsky bank, Ruzin, was involved in promoting Maslov. Around May 2011, Dushko met with Ruzin in Moscow, and at this meeting, Dusko expressed complaints about Maslov's removal from office. Dusko did not tell Alostolov about this meeting immediately, but after about 2 months in the bathhouse. It was also known from Dusko to Apostolov that Ruzin was working together with Kostya Bolshoi. Describing their relationship, Dushko said that Ruzin occupies a higher position in the hierarchy than Kostya Bolshoi. Dusko did not allow construction of plots located in Sergisv Posad. This position of Dusko was due to the fact that he discussed the issue of construction with representatives of the clergy, who also objected to construction. Apostolov, like other deputies of the Council of Deputies of the urban settlement of Sergiev Posad, knew that Dushko intended to take all possible measures to prevent construction on land plots, on the Red Army Avenue opposite the administration and near the Palace of Culture. Gagarin. Dusko wanted to prevent the administration from issuing building permits for the development of a project for the planning of the territory, a building permit. As a legal basis for refusing to issue such documents, Dusko pointed to the order of Rosokhrankultura 262, according to which the lands adjacent to the Trinity-Sergius Lavra are in a special protected zone, construction on which is prohibited. However, this order was not duly registered with the Ministry of Justice. In order to have complete information about the construction projects planned on the territory of the city, Dusko introduced a deputy, who became Apostolov, to the commission that considers issues of urban planning and land use. The clergy and Dushko were also against the construction of a house on a plot of land on ul. 1st Shock Army, Sergiev Posad, near school No. 1. Anostolov knows that at least one of the sites located on Red Army Avenue in Sergiev Posad (opposite the administration building) was leased by an organization owned by K.Piskarev. YU. After reviewing the copy during interrogation a number of documents, Apostolov explained that the land plot located near the Palace of Culture named after Gagarin, was leased by Constanta AZ LLC. Land plot on the street. 1st Shock Army, in the area of ​​the school was leased by LLC "Aqualand". The real reason for the refusal of the administration of Aqualand LLC to amend the draft master plan for Sergiev Posad was the reluctance of the administration staff to allow the construction of a building in the city center. After the murder of Dushko, construction began on a land plot near the Dvorets stop.

The testimony of the witness P.A. Solomatin, according to which in the spring of 2011 he, together with E.A. Dushko was in the bathhouse of the Zagorsk Electromechanical Plant in the village. Afonasovo. Dusko told Solomatin that a certain Kostya Bolshoi was "calling" him. It was evident that this worried Dusko.

Testimony of witness D.Yu. Zheludkov, according to which Evgeniy Dushko was his brother (cousin). Dushko never told Zheludkov that he was receiving threats, but recently he said that it was necessary to build a security system. In conversations with Dushko, Evgeny mentioned a man nicknamed Bolshoi Kostya. Testimony of the witness N.V. Maslova, according to which in 2009 the witness won the election of the mayor of the city of Sergiev Posad. Maslov organized the election campaign at his own expense; he did not attract third-party funds for the election campaign. Even before his appointment as mayor, Maslov began to receive requests from various people doing business in Sergiev Posad. In one of the first days after Maslov's appointment as acting mayor, he met Ruzin, who was introduced to him as the director of the Krylovsky bank. After that, Ruzin came to Maslov several times with proposals for investment in construction. Later, the architect of the city of Sergiev Posad, Margarita, turned to Maslov in Ruzin's interests for building permits on land plots belonging to the Bolshoi Kostya. Since Ruzin refused to invest in the housing and utilities sector, Maslov stopped communicating with him.

The testimony of witness Y. Kalmykov, according to which he, as the head of the administration of the city of Sergiev Posad, signed a number of documents related to the refusal to issue permits to OOO Constanta AZ and OOO Nigus for the development of land plots in the city center. Decisions to refuse to issue such decisions were made collectively. To the greatest extent, the issuance of such permits depended on Dusko, who at that time was the most influential politician in the city, who served as the head of the urban settlement and chairman of the Council of Deputies. Dusko, like other members of the commission, believed that it was impossible to build up the historical center of the city. Dusko Kalmykov knew that he once met with Kostya Bolshoi, who owned land plots located opposite the administration of Sergiev Posad and near the Palace of Culture named after Gagarin.

Testimony of witness Varenova V.N., according to which the witness was familiar with Kostya Bolshoi. For the first time, Varenova saw Kostya Bolshoi after public hearings on the allocation of a land plot for construction on 180 Krasnaya Armin Avenue, opposite the administration. The land was allocated for the construction of a three-story commercial office space with underground parking lots. According to the results of the hearings, the land was allocated, but for a long time the building permit was not successful. In addition to this site, Kostya Bolshoy also owned other sites - near the Palace of Culture, between the administration building and the museum complex "Horse yard". According to the deputy chairman of the City Council of Deputies Zakharov Varenova, it is known that shortly before the murder on 02.08.2011. Dusko told him: “Come back from vacation as soon as possible! I'm so tired, everyone is waiting to be hit in the head. It's good if right away, but I don't want to be in a carriage like a vegetable. " Dusko was supposed to go on vacation 09.09.201. The head of the Kalmykov administration, authorized to sign building permits, was a friend and political associate of Dushko, his appointment took place under Dushko's patronage. Everyone understood that without Dushko's consent Kalmykov would not issue a building permit. " 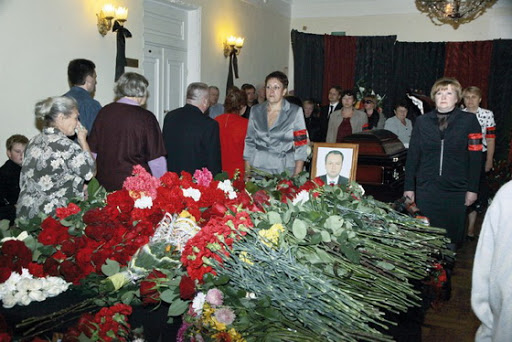