Came for the Roman Rotenberg? 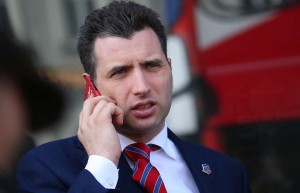 Thicken "clouds" over the head of the younger representative of the clan Rotenberg – Roman Borisovich Rotenberg. His company "Sportconcept fall under the wrath of the head of the Russian security Council Nikolai Patrushev. Next to Roman Rotenberg came the security forces. Rucriminal.info watching how events develop.

At the end of 2018 in Karelia there was an event that was not seen by a wide range of the public, but from which still shudders Roman Rotenberg.  On December 14, Petrozavodsk hosted the final meeting of the state Commission in 2018 to prepare for the celebration of the 100th anniversary of the Republic of Karelia in 2020. The Commission is headed by the head of the security Council Nikolai Patrushev, who held the meeting. The event promised to be everyday, until he made Patrushev, who smashed everything "to smithereens". The head of the security Council announced that some major projects of the Federal target program "Development of the Republic of Karelia for the period up to 2020" are under threat of failure, it helps to maintain a high level of unemployment in the country and the outflow of the population from the region. Do you know what he cited as one of the main examples of such a "breakdown"? The project undertaken by the Roman Rotenberg "Sportconcept the construction of the CCM "Karelia-arena".

"I want to pay special attention to the construction of the sports and concert complex"Karelia-arena". The money for the construction of the complex was allocated in March last year. However, due to the lack of documentation, the project has not yet been launched. Delaying the start of work leads to an increase in their cost and additional search for appropriate sources," said Nikolai Patrushev.

"Unfortunately, the existing shortcomings in solving the tasks have a negative impact on the social well - being of the inhabitants of the Republic, contribute to the preservation of the outflow of the population, which we have not overcome, the high real level of unemployment and low incomes of the population", - concluded the head of the security Council.

According Rucriminal.info the words Patrushev caused a panic in the "Sportconcept» and Rothenberg. This company has been in a lot of scandals lately.

Complex " Karelia-arena "is planned to be built in Petrozavodsk in the area between the sports complex" Kurgan " and Komsomolsk Avenue opposite the Presidential cadet school.

It is assumed that "Karelia-arena" will be a multifunctional complex. It is planned to hold all-Russian and international competitions, as well as concerts, exhibitions and forums on the territory of the facility.

The area of SKK will be 15 000 sq. m, where it will be possible to hold hockey matches and competitions of international level in figure skating, short track, other sports, as well as concerts, exhibitions and forums. Capacity will vary from 3,000 to 5,000 spectators, depending on the function.

The main thing is that Karelia arena should become the main venue for events planned for 2020 to mark the 100th anniversary of Karelia.

In March 2017, funds were allocated for the project. In September 2017, the administration of Karelia announced the choice of a "Sportconcept» for the design and construction of the Karelia arena. "The winner will soon begin to develop project documentation, construction is planned to begin in 2018", - said then in the administration of the region.

However, it became clear that by December 2018 construction is not only begun, but "Went" is not even prepared documentation. It is on Roman Rotenberg and facing the wrath of Nikolai Patrushev.

According to the information Rucriminal.info the security forces almost immediately after the speech, Patrushev joined the situation around, "Karelia arena" and has already visited the office of "Went". Now the issue of whether Apple is not a light criminal matter or it's all over for Roman Rotenberg a strong fear.

Holding "Sportconcept" organizes sporting events, the distribution of sports brands, services ice arenas, licensing and sponsorship, said on the company website. Until the end of 2016 the sole owner of LLC "Sportconcept» was the Roman Rotenberg, Vice-President of HC SKA, first Vice-President of Federation of hockey. Rotenberg entered the list of individuals and companies that fell under U.S. sanctions because of the events in Ukraine in 2014. But the company changed owners: 100% of its shares passed the mutual Fund "Fund of development of Russian sport". In March 2018 51 % of the company went LLC "Winergy", which at that time the founder was Alexander Romankov. In April 2018, "Venerdi" was replaced by the owner. They became Yevgeny Kosaken. However, the market has never been a secret that Roman Rotenberg continues to fully control the "Sportconcept".

Other issues of the Novel, Rothenberg, and in which cases, the security forces cleared in the offices of Arkady and Boris Rotenberg, rucriminal.info will tell soon.

News online about those who are still interested in the security forces, read found Telegram channel.