In June 2019, officers of the Russian FSB conducted searches in the Museum Collection of Davila Yakobashvili, after which he decided not to return to Russia. Officially, the events took place in the case of the kidnapping of Yakobashvili's former business partner Boris Minakha, they were just dividing the assets. However, these were not all the claims of the Russian FSB against Yakobashvili. He was also checked for the fact that he organized the criminal prosecution of Minakhi. 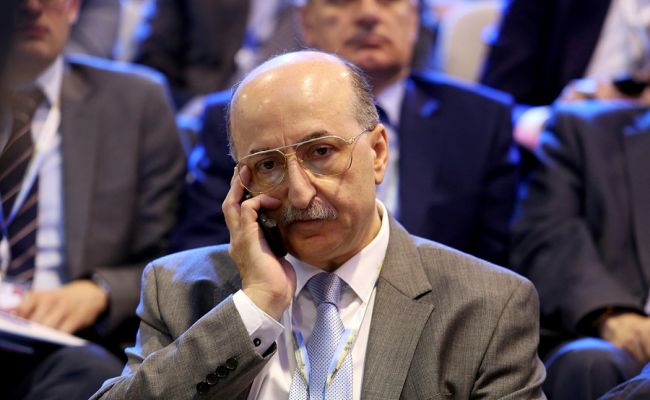 As Rucriminal.info found out, Yakobashvili and Minakhi were friends for over 40 years, and they were also business partners. In recent years, Yakobashvili spent all the time between Switzerland and Monaco, conflicts arose more and more often between friends. As a result, they decided to disperse in business, but could not determine to whom what share was due. The war began. Then Minakhi was kidnapped on the Rublevskoe highway. Later it was established that the crime was committed by Yakobashvili's "right hand" David Mirzoev and his friend Batyr Bekmuradov, who was surrounded by thief in law Zakhar Kalashov (Shakro Molodoy). Minakhi promised to fulfill the conditions of the abductors, he was released, he wrote a statement, which was checked by the Investigative Department (SD) of the Ministry of Internal Affairs of the Russian Federation. At the request of Yakobashvili, Mirzoyev turned to the "fixer" Andrei Matus, and he organized everything in such a way that the SD issued a refusal decision on the application. Satisfied Mirzoyev, David Yakobashvili and his son Mikhail entrusted Matus with a new task. Initiate a "custom-made" criminal case, where Minakhi was the main person involved. Yakobashvili Sr. judged that Minakhi, who has American citizenship, should not be touched, there would be an international scandal. Davil Yakobashvili knew absolutely all of Minakha's "pain points" and he himself drew up an action plan, indicating where to conduct a search and who to arrest (including Minakha's wife) so that his former business partner would voluntarily rewrite all assets. Matus managed to organize the appearance of such a case in the Krasnodar Territory and a massive search in the structures of Minakha. The next step according to the "Yakobashvili plan" was prevented by two circumstances. The arrest of Matus himself. And the fact that the FSB of the Russian Federation became interested in the story of the abduction of Minakha, and then in the fabricated case.

Rucriminal.info has at its disposal an action plan for a fabricated case, which was personally drawn up by David Yakobashvili.

"1. Yeisk port elevator (Yeisk, Plyazhnaya, 8). Lobster. He is not in Yeisk. To interrogate the chief accountant of the elevator Marina Vladimirovna (3rd floor, door to the right), technical director Sobol Viktor Ivanovich, chief engineer Alexey Viktorovich Nekrasov for the actual performance of work under dubious contracts: namely, LLC Valencia, TIN 2306020287, LLC Tehenergo ", TIN LLC" Consulting-YM ", TIN 2306031095, IE Burlakov Anatoly Borisovich, TIN 234600067545. Find out what documents were signed between the EPE and Transcapitalbank (credit agreements, pledge of surety between Transcapitalbank and IE Fedorova), as well as under agreements (additional agreements, acts of work performed, etc.) between the EPE and FE Fedorova were signed for the period from December to the current date. Where and under what circumstances these documents were signed. Fedorov is absent in Russia !!! Find out whether Fedorova has ever been to the EPE, and whether she provided actual services under the EPE agency contracts. Similarly, interrogate about the actual execution of the rent agreements between the EPE and two individual entrepreneurs Magomed Abdulaevich Omarov and Alexey Evgenievich Podalinskiy. Withdraw all agency agreements and related accounting documents. What payments under agency agreements have been made over the past three months. Who gave the order to send money? Most likely Dolgatov Magomed Aripovich, it is desirable to interrogate him. Does he know Inessa Thimena. When was she last at the elevator? And what did she do at the elevator in early February for a whole week? Withdraw all loan agreements from the elevator for the last 5 years. Special attention is paid to LLC Prime-warehouse. They show the withdrawal of money. To interrogate A.D. Magomedov. data signed loan documents with Transcapitalbank for Omarov. 2. ASK (Yeisk, Beach, 2). Starkova Nadezhda-chief book. ASK and director of Yeisk hydrotechnics. Kept accounting by LLC "Akuna". LLC "Orion", IP. ASK is our company !! Interrogate her about her functional responsibilities, who hired her for all companies, why there were seals of individual entrepreneurs at her workplace with whom ACK has a contractual relationship. Does she know Inessa. Did she receive written, verbal orders from her? in fact, services were rendered to Fedorova under agency agreements with individual entrepreneurs. From whom she received orders to send money. Try not to focus on ASK in her work. Withdraw loan agreements to LLC "Akuna", LLC "Orion", according to the elevator economist. According to preliminary, Does he know Fedorova. Have all reporting capabilities over the past three years. 3. АСK (Beach, 2). Olga Olkhovskaya, economist at ASK. Conducts all settlements under Fedorova's agency contracts, prepares primary documents for Federov's IP, acts, accounts, contracts.

In all likelihood, he draws signatures for Fedorov. To whom does Fedorova transfer documents for signature? Find out what documents at the elevator and ASK were signed during the absence of Fedorova in Russia. Who signed the documents for her in Yeisk? Was Fedorova in Yeisk? 4. Ostrovsky, 7 one-story office. Yurchenko Ocean. Listed in TM-Export. Freight forwarder at the elevator. Leads the accounting department for trading companies, incl. LLC Prime-warehouse, Promtekhservne. A flash drive was confiscated from her office, for which Moscow is very worried. Yurchenko is nervous. Periodically does not go to work for fear of being summoned for interrogation. !! Interrogate her about her functional responsibilities, who hired her in all companies, whether she knows Inessa. Did she receive written, verbal orders from her? Does Fedorova know. Aegard LLC is located at the same address. The only participant in Semenov Y. G. is a lawyer Minakhi (located in the office on Nezhinskaya). Remove Asgard's reporting. Interrogate the Asgardian accountant who actually gave the order for the money transfer. Does she know Inessa Thimena. 5. LLC "Yeisk Hydrotechnics". Location: 353680, Krasnodar Territory, Yeisk, st. Plyazhnaya, 4 at the address a discrepancy is possible (territory of CJSC "RAF" Yeiskaya "). But the accounting department is physically located at ASK at Starkova. Withdraw all accounting statements for the last 3 years. If it does not work out, then all loan agreements. 6. LLC" Promtorgeervis ". OGRN 11377446847127, the main activity is wholesale trade in grain (trading). Location: 105187, Moscow, Shcherbakovskaya st., 53, building 5, room 502. Registered at the location of a separate subdivision of the region, Eisk, Plyazhnaya St., 4. Single participant since 26.11.2014 Rasuev Elsi Abrakhmanovich -100%. +79162222762. Is in the nominal. Knows Minakhi whether he received orders from him, etc. 7. Timena Inesa Otarievna , office on Nezhinskaya. Most likely, the office was moved to another location. The key figure together with Semenova Yulia Gennadievna (B. Minakhi's lawyer) 8. Interview the employees of the credit department of Transcapitalbank in the Moscow office who transferred the documents on the elevator, negotiated with the bank about opening a loan. ditny lines with the Yeisk elevator and LLC "Prime-Sklad". 9. LLC "Prime-warehouse", OGRN 1055011303555, the main activity is wholesale trade in grain (trading). Location: 117461, Moscow, Prospect Sevastopolskiy, 95B, office. 216 (at this address, most likely, there will actually be no accounting. Record this fact. Registered at the location of a separate subdivision Krasnodar Territory, Yeysk, Plyazhnaya St., 2. Litvinenko Yu.Yu. - director of a separate subdivision through this company goes main trade and withdrawal of money under loan agreements with the Yeisk elevator (more than 400 million rubles in 5 years) Withdraw all loan agreements between the Prime-warehouse and the Yeisk port elevator in Yeisk on Ostrovsky, 7. See Clause 411! and with companies to find out from Litvinenko who (20 firms) the money received from the elevator was expelled. Where, code and specifically with whom he met from the management of these firms. As if I did not see anyone in the eye !!! Litvinenko is a weak link. Similar questions ask Yurchenko item 4. Most likely they will refer to the director of the Prime Warehouse Stoikov Valery Evgenievich, Located in Moscow. Interrogate him on similar issues. Preferably at the same time as the interrogation in Yeisk. 07/01/2014 at 353680, Krasnoda rskiy To interrogate Khodzhaev Sergey Rudolfovich Moscow in the office on Nezhinskaya.