“Instructions were received from I.I. Tkachev. "Slow down" the case " 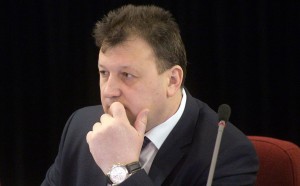 As it became known to the VChK-OGPU telegram channel and the editorial office of Rucriminal.info, the Zyuzinsky Court of Moscow received case materials against Maxim Zhukov, a veteran of the Alpha special unit, who eliminated the terrorists, covering the children with his body and carried them out of the burning school in Beslan and unconscious hostages from the musical Nord-Ost from the Theater Center on Dubrovka. Together with him in the dock Tsapko AND.The. - a veteran of the Ministry of Defense of the Russian Federation, who received many wounds during the establishment of constitutional order in Chechnya and has a huge number of state awards. They were sent to jail at the request of a large fixer and swindler A.Yu. Bykov, who owed the officers a large sum. Why did such a story become possible? Bykov is a great friend of the 8th department of the Directorate of the FSB of the Russian Federation and, as he assures himself, is friends with the head of the Directorate, Ivan Tkachev. Details in the investigation by Rucriminal.info. On 09.12.2015, Presnensky District Court of Moscow sentenced the victim A.Yu. Bykov for the committed fraud. to punishment in the form of imprisonment for a period of three years with the serving of the sentence in a penal colony of general regime.

In 2018, after serving his sentence, Bykov A.Yu. he did not take the path of correction, he immediately began to look for more victims in order to steal money from them by fraud.

Around the end of 2018, Bykov A.Yu., positioning himself as an excellent financial specialist and a successful businessman, met with Tsapko I.V. Later Tsapko I.The. introduced Bykov A.Yu. with Solovyan M.G. and Zhukov M.The.

Gradually, Bykov A.Yu. entered the trust of I.V. Tsapko, M.V. Zhukov, M.G. Solovyan. and under the pretext of investing in business, during 2019, received from them and their friends significant amounts of money in loans. Due to the expiration of the loan term, and the absence of dividends from investments, in the fall of 2019, and in particular on October 29, 2019, in the Goodman restaurant located in Moscow, at 2 Odessa Street, M.V. Zhukov, I. Tsapko. V., Solovyan M.G. met with A.Yu. Bykov. and offered him to return the money, while they did not use any violence, they also did not express threats, and did not ask other people about it.

In November 2019, Zhukov M.V., Tsapko I.V., Solovyan M.G. decided to contact the police about the fraud by A.Yu. Bykov, which was reported to A.Yu. Bykov.

At the same time, Bykov A.Yu. Through the Internet, I found accomplices for the production of fake medical documents (Bykov's phone had the e-mail of the accomplices), and received fake medical certificates from Moscow City Polyclinic No. 3 and Pirogov City Hospital No. 1 about the beatings allegedly inflicted on him in the bathhouse. 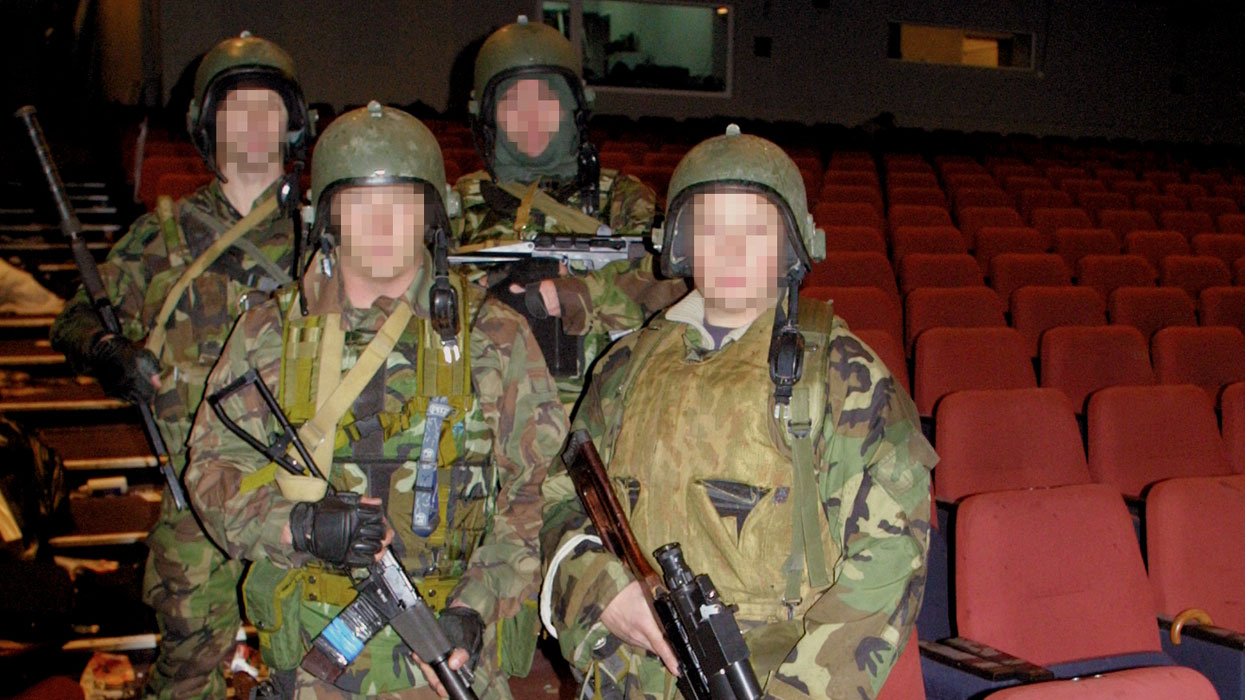 M.V. Zhukov's lawyers and Tsapko AND.The. managed to find a person who directly traveled on behalf of the victim A.Yu. Bykov. for these fake certificates, and also to whom Bykov A.Yu. personally reported that he, Bykov A.Yew. deliberately smeared his old light summer jacket with blood to give investigators the impression that he had been beaten.

At the end of 2019, Bykov A.Yu. applied to the Main Directorate of the UR of the Ministry of Internal Affairs of Russia for the Moscow Region with an application against M.V. Zhukov, I.V. Tsapko, M.G. Solovyan. and other persons about the allegedly committed against Bykov A.Yu. about extortion, with the use of violence and illegal imprisonment, while Bykov A.Yew. attached fake certificates from the City Polyclinic No. 3 of the city of Moscow and the City Hospital No. 1 named after Pirogov about his alleged injuries.

Around the same time, Zhukov M.V. and other persons to whom A.Yu. Bykov owed, appealed to the Directorate of the Ministry of Internal Affairs of Russia for the Naro-Fominsk urban district with a statement of initiation against A.Yu. Bykov. criminal case for committed fraud.

As a source told Rucriminal.info, in the spring of 2020 Zhukov M.V. I learned from the words of the officers of the Ministry of Internal Affairs of Russia for the Naro-Fominsk urban district that the investigative actions in the criminal case of fraud by A.Yu. Bykov had actually ceased, since the deputy chief of police for operational work of the Ministry of Internal Affairs of the Russian Federation for the Ministry of Defense V.V. instructions were received from the Head of Department "K" of the FSB RF Tkachev I.I. To “slow down” the criminal case against A.Yu. Bykov.

Indeed, at the same time, namely 04/03/2020, Bykov A.Yu. applied to the FSB of the Russian Federation with a statement against I.V. Tsapko, M.V. Zhukov, M.G. Solovyan, with a statement of extortion.

At the same time, Bykov A.Yu., selectively copied from his mobile phone to his compact -disk electronic files of voice messages sent to him from Tsapko AND.The. and who can, according to A.Yu. Bykov, confirm extortion.

Employees of department "K" 4 of the Service of the FSB of Russia carried out a study of the transferred by A.Yu. Bykov. CD with copied by A.Yu. Bykov. selectively files, while all the correspondence between Bykov A.Yu. and Tsapko AND.The. was not investigated, which indicates the incompleteness of the pre-investigation check.

In May 2020, materials of an incomplete pre-investigation check at the request of A.Yu. Bykov. entered the RF IC in the Moscow region to make a decision to initiate a criminal case.

After the initiation of a criminal case, Bykov A.Yu. handed over to the investigator of the Main Investigative Directorate of the Investigative Committee of the Russian Federation for the Moscow Region, D.V. Linkov. his old light summer jacket, previously smeared by A.Yu. Bykov himself. his blood and which he drove for a long time in the car so that it was impossible to determine the period of the formation of blood stains.

07/14/2020 investigator Linkov D.The. turned to the City Polyclinic No. 3 of the DZ of Moscow with a request whether A.Yu. Bykov had applied. for medical help in this clinic.

After that, on July 22, 2020, D.V. Linkov summoned Bykov A.Yu. During the interrogation, he told investigator D.V. Linkov during the interrogation that he did not apply directly to the City Polyclinic No. 3 of the city of Moscow and the City Hospital No. 1 named after Pirogov, a woman brought him medical certificates, who said that the certificates were real and why in these medical institutions there is no information about his appeals, he does not understand.

After the transfer of the criminal case from the Main Investigative Directorate of the Investigative Committee of Russia in the Moscow Region to the Main Investigative Directorate of the Investigative Committee of Russia, the new head of the investigation group A.A. Neryupov. also knew well that Bykov A.Yu. did not seek medical help from GP No 3 DZ of Moscow, in particular, this is confirmed by the fact that Neryupov A.A. refused a request from the Bureau of Forensic Medicine of the Moscow Region to provide medical documents from institutions where Bykov A.Yu. directly addressed after receiving injuries and in his reply indicated that Bykov A.Yu. I did not apply to the State Enterprise No. 3 of the DZ of Moscow and the State Security Department No. 1 named after Pirogov.

Thus, Neryupov A.A. acknowledged that the certificates Bykov A.Yew. from State Enterprise No. 3 of DZ Moscow and State Security Service No. 1 named after Pirogov - fake.

However, this did not prevent investigator A.A. Neryupov. to attach false certificates of alleged bodily injuries Bykov A.Yu. 10/29/2020, 01/28/2021, 04/26/2021 to their petitions for the extension of the preventive measure against the accused.

During the investigation of the criminal case in the third department of the Main Investigation Department of the Investigative Committee of the Russian Federation, addressed to the head of the investigation group A.A. Neryupov, the defense side repeatedly filed petitions for the allocation of the materials of the criminal case for verification and giving a legal assessment of the actions of Bykov A.Yu. on the provision of fake certificates from the City Polyclinic No. 3 of the city of Moscow and the City Hospital No. 1 named after Pirogov.

On data petition defender Zhukov M.The. investigator Neryupov A.A. he did not send any answers to the defender, thus it seems that A.A. Neryupov covers Bykov A.Yu., so as not to bring him to criminal responsibility for falsifying evidence in a criminal case.

To date, the forensic medical examination of the alleged injuries Bykov A.Yu. completed, according to the conclusions of the experts - by A.Yu. no damage was found.

Also, at present, the facts have been confirmed that the bodies of the preliminary investigation of the Main Investigation Directorate of the Investigative Committee of Russia in the Moscow Region and the operatives accompanying the investigation of the 8th Department of the "K" Department of the FSB of Russia offered to all persons at whom Bykov A.Yu. borrowed money and issued receipts in return, refuse such receipts, intimidated these persons by bringing them to criminal responsibility, in case of their refusal.

As a source told Rucriminal.info, also when investigators of the Investigative Committee of Russia examined Bykov's phone, photographs of material evidence were found in it, which were sent to him by officers of the "K" Department of the FSB of Russia during a search at the accused Solovyan, after which Bykov called the witnesses, whose receipts were found and confiscated from Solovyan and to invite them to write a statement on the accused of extortion. After the refusal, the officers began to call them, summon them for interrogation and meetings, at which threats were already heard from the head of the 8th department of the "K" department Abdrafikov and the employees present nearby and did not pay any attention to this.

Also, when examining Bykov's phone, she was Correspondence was discovered with a certain Imam, with threats addressed to Bykov, which confirms the words of the accused that Bykov turned to them with a request to find him a guard because of the conflict with the Caucasians and was not included in the case file either.

After reviewing the material evidence, it turned out that all messengers and contacts were removed from Bykov's phone, and Bykov's second phone was also lost, for which no one was held liable, although there was important evidence in this criminal case.