Chansonnier the killer fled from operatives for two years 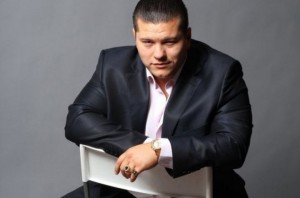 The Ostankino court in Moscow has extended the term of arrest for "authoritative" singer Dmitry (Don) Polyakov for three months. For more than two and a half years, he was on the wanted list in the case of the kidnapping in Moscow of the Ukrainian "authority" Yuri Vasilenko, the organizer of the elimination in Kiev of ex-State Duma deputy Denis Voronenkov. A verdict was even passed on Don’s accomplices by members of the Kursk organized criminal group, Alexander Zikeev (seven years old), Alexander Soshnikov (Sokhaty, 10 years old) and Denis Dolzhenkov (7 years old). The four of them, including Polyakov, attacked Vasilenko near the Moscow restaurant Baselik, shot him in the leg, pushed him into a jeep and drove away in an unknown direction. Then Soshnikov dropped off his accomplices and one took away Vasilenko, bleeding and screaming in pain. Nobody else saw Vasilenko. According to operational information, Sokhaty fed the body of Vasilenko to pigs.

According to Rucriminal.info, at the trial, the investigator said that over these three months in the case, the following must be done: taking into account the sanitary and epidemiological restrictions on visiting pre-trial detention centers established by the Federal Penitentiary Service of Russia, it is necessary to conduct confrontations between the accused Polyakov D.I. and witnesses to Vasilenko's abduction, to obtain a sample of the buccal epithelium from the accused, to appoint a comparative molecular genetic forensic examination, to obtain a conclusion of a comparative molecular genetic forensic examination, to indict D.I. Polyakov. in the final version and interrogate the latter in the specified status.

The accused and his defense lawyer objected to the satisfaction of the investigator's petition, referring to the fact that the accused did not intend to hide, asked to choose a milder measure of restraint, pointing out the lack of confirmation of involvement, asked to consider the possibility of choosing a bail in the amount of an amount or house arrest.

After examining the presented materials, after listening to the opinions of the participants in the process, the court comes to the following.

In the decision of the investigator, it is indicated what investigative steps must be taken to complete the investigation, reasonable terms for their implementation are named, and convincing evidence is provided that Polyakov D.AND. being at large may obstruct criminal proceedings. Therefore, Polyakov's arrest was extended by three months.

In the case, there is no motive for the crime, as well as the corpse. Accepted the command to kidnap Vasilenko, the hardened criminal Soshnikov took out the body. And he did not say anything during interrogations and all the time "mowed" like a psycho. He stated that he constantly sees a little girl who gives him commands on what to do. The operatives have two versions of what happened.

According to the first, which was presented by the VChK-OGPU telegram channel, Soshnikov was extremely close to the thief in law Viktor Panyushin (Vitya Pan), the criminal master of the Kursk region, who maintained very close relations with the mafiosi from Ukraine. According to this version, it was Pan who ordered the murder of Vasilenko Sokhatom, and the "order" came to him from Kiev. Panyushin himself is now in Ukraine.

According to the second version, the murder of Vasilenko was a continuation of a long criminal epic and is associated with the "high-profile" murder of the leader of the Oplot party, Yevgeny Zhilin, who was shot in the Khutorok restaurant on Rublevka in 2016. In short, the motive and circumstances of the crime are as follows. In Kharkov (where Zhilin comes from) there is a businessman, the owner of a number of shopping malls, who decided to unofficially send dirty money to Europe - about 6 million euros. He turned to a friend of the Russian-Ukrainian businessman Pavel Fuks. And he sent him to the son of thief in law Vladimir Yurchenko (Sev) Maxim, who lived in Monaco and specialized in such operations. He, in turn, worked in cooperation and under the “roof” of “authority” Yuri Vasilenko and “thief in law” Vladimir Tyurin (Tyurik). The last two inquired about the businessman and decided to throw him corny. As a result, 6 million euros left the owner, and did not reach Western accounts. The businessman began to look for protection and found such in the person of Zhilin, who, in fact, was a criminal "authority" with his group of militants. He quickly figured out Vasilenko (both lived in the Moscow region) and began to press him hard, both in Russia and in Ukraine, demanding a refund. Zhilin had enough connections and resources for this. Vasilenko ran to complain to Tyurin, after which the fate of Zhilin was decided. Then, on the go-ahead of Tyurik, Vasilenko organized the murder of Zhilin. An acquaintance Nikolai Didkovsky called Zhilin to the Khutorok restaurant under the pretext of negotiations on the situation with 6 million euros. And instead of him, the killers came there. The organization was handled by the same Kursk bandits.

Ex-deputy of the State Duma of the Russian Federation Denis Voronenkov and an unnecessary witness in this case, Eduard Axelrod, were killed along the same chain. In connection with the investigations, the surname of you began to be mentioned in the case materials and in the media Vasilenko. And Tyurin moved away from him. Has ceased to involve Vasilenko in transit operations, to entrust operations in Ukraine. Here, the Kursk people, as it turned out, received a lot less for the elimination of Zhilin and others. Vasilenko told them that Tyurik had underpaid. Upon learning of this, Tyurik summoned Vasilenko to the carpet. He didn’t come. Then Tyurin sent the Kursk family for Vasilenko. They're pure 90s guys. They took and shot Vasilenko near a restaurant in Moscow. And he died.