Police octopus: from theft of material evidence to murder

What did the check of the FSB of the Russian Federation reveal? The former head of the Ministry of Internal Affairs of the Stavropol Territory, Alexander Oldak, was appointed assistant to the governor of the region. According to the telegram channel VChK-OGPU, the Governor of Stavropol Vladimir Vladimirov signed a decree appointing Alexander Oldak as his assistant in the office. According to the order, Oldak will hold the corresponding position from March 1, 2021 to February 28, 2022. In addition, General Aldack is now required to pay a 30% premium to his seniority salary. This decision Vladimirov probably made to help Oldak not lose his seniority in the civil service and then help to be elected in the elections to the State Duma from Stavropol. It is not for nothing that the general, together with his subordinate, the head of the UEBiPK region, Dubrivny, covered Vladimirov in many criminal cases for so many years and turned a blind eye to what was happening in the government. 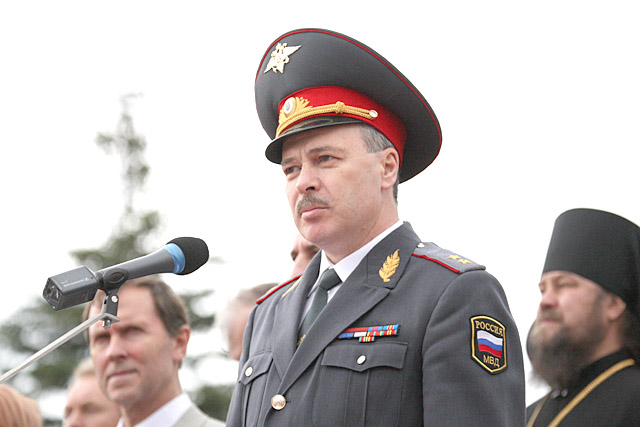 According to Rucriminal.info, Oldak left the chair of the head of the Internal Affairs Directorate after a large-scale inspection of law enforcement agencies in the region, which began with the arrival in August 2020 of the new Head of the FSB Directorate for the Stavropol Territory, Oleg Usov. Which was very handy, in view of the fact that by this time the region was mired not only in corruption scandals among officials, but also among employees of the Ministry of Internal Affairs.

So, what was the reason for such a quick resignation of Alexander Oldak:

But that's not all. According to a Rucriminal.info source, a ranch was found near Oldak, just near the Foothill region. There the general preferred to take a break from hard work days.

And this is in addition to all the corruption scandals that have rocked the regional headquarters in recent months.

Pavel Asryan has long been the curator of the city investigation, where Olesya Bezuglova, who previously headed the Kochubeevsky investigation department, works. Bezuglova got a position in Stavropol thanks to Asryan, whose financial interests she took into account when working in Kochubeevka. At the same time, Bezuglova herself is not shy about her riches, demonstrating gold chains, trips to resorts and expensive (judging by leather interiors and door handles) foreign cars on social networks. Asryan acts more osmo carefully. He does not show wealth in social networks, but everyone knows that Asryan is the owner of two expensive SUVs with the same thieves' numbers and a penthouse in an elite house, the cost of a three-room apartment without repair in which varies only within 10 million rubles. The Investigative Directorate of the Regional Police has long been known as a "table of orders", and then its employees hide the acquired foreign cars behind a building on Lermontov Street. Now the "punishment" in the form of the loss of the feeding trough has overtaken only Andrei Podylin. The chief, who moved to Stavropol from Mikhailovsk, actually received a demotion, finding himself in positions in the Izobilnensky District instead of being fired. As the head of the investigation in Stavropol, Podylin gave his right hand to senior investigator Major of Justice Murat Magomedov, who sold them. This circumstance caused extreme dissatisfaction with Podylin's other subordinates, who were transferred or fired. What is happening in the investigation department of the Main Directorate may become the reason for the dismissal of the first deputy of Oldak - Major General Chentsov, who has gathered in his department protectors and bribe-takers.

4. The cherry on top of this whole orgy, in December 2020, was the arrest of the senior detective of the department for combating crimes in the financial and credit sphere of the UEBiPK of the Main Directorate of the Ministry of Internal Affairs of Russia for the Stavropol Territory, police captain Andrei Bondarenko on suspicion of MURDERING! The detainee confessed. A resident of Stavropol, Alexander Arbuzov, was killed, presumably, on December 10. Three days later, Mr. Arbuzov's mother turned to the police with a statement about her son's disappearance. On December 17, during operational-search activities, his body was found on the territory of the Shpakovsky district in a forest 800 meters from the railway. By all indications, death came "violently." The corpse had a gunshot wound to the head and one of the arms was missing. As established by experts, Alexander Arbuzov was shot in the back of the head, presumably from a TT pistol, which was not registered. On December 20, 2020, Andrei Bondarenko was taken into custody, and on December 24 of the same year, in the morning at a conference call, Oleksandr Oldak announced his resignation. At the same time, only one fact remains surprising: in spite of the fact that an employee of the Directorate of Economic Biology and Corruption of the Main Directorate of the Ministry of Internal Affairs of Russia for the Stavropol Territory was detained, his boss, F.A. did not incur any disciplinary responsibility. The whole blow was taken by General Oldak, who already understood that his days as chief of the Main Directorate were numbered. And his youngest, but very promising ally, Dubrivny, must be covered, because the "feeding trough" must regularly feed him even in retirement. As a result, in spite of all the above events, law enforcement officers are well fed and the sheep are safe (Oldak is now the assistant to the governor, and Dubrivny continues to occupy the post of the head of the Directorate for Economic Security and Combatting the Internal Affairs of the Ministry of Internal Affairs of the region, not forgetting to "feed" the ambitions of his ex-leader).