Gift - bullet to the head

Congratulations in the form of a sacrifice On the night of February 26 in Poland, an attempt was made on the life of the Chechen blogger Tumso Abdurakhmanov, who mercilessly criticized and exposed the republic's authorities. The attacker introduced himself as a policeman and made his way into the apartment where Abdurakhmanov lives. There he tried to kill the sleeping blogger with a hammer blow to the head. Tumso managed to twist the intruder. The assassination attempt took place in exactly the same scenario as the chairman of the Chechen parliament Magomed Daudov (better known as Lord) promised in a video message to Abdurakhmanov in March 2019. The speaker then said that as long as blood flows in him, he and his brothers will consider the blogger their enemy and will look for him. “From now on, when you go to bed, make sure to lock the door with a key. Make sure it is hooked, ”Daudov warned his opponent.

The attack on Abdurakhmanov took place on the anniversary of Daudov, who turned 40 on February 26, 2020. In Chechnya, the practice of a very specific birthday present for top officials has long been developed. Rucriminal.info recalls such cases.

On October 7, 2006, journalist Anna Politkovskaya was killed in Moscow. She wrote about Chechnya, criticized the current authorities of the republic, and in the materials and interviews about Ramzan Kadyrov, the Novaya Gazeta columnist was extremely tough. In 2004, Ramzan Kadyrov called Politkovskaya his enemy. Shortly before her death, Politkovskaya said in an interview: "My personal dream on Kadyrov's birthday is only one thing. I dream that he would sit in the dock."

We do not know what kind of birthday present Ramzan Kadyrov himself dreamed of. Anna Politkovskaya was killed two days after Kadyrov turned 30.

The perpetrators and organizers of the crime were convicted. The customer has not been officially established.

On September 24, 2008, in the center of Moscow, killers shot Hero of Russia Ruslan (Khalid) Yamadayev. In an influential family, he was responsible for all ties with the Kremlin, top officials. By 2008, all the Yamadayevs were personal enemies of Ramzan Kadyrov and his "right hand" Adam Delimkhanov. Ruslan Yamadaev was shot dead a day before the birthday of Adam Delimkhanov, who turned 39 on September 25, 2008. During the investigation, it was established that one of the killers communicated with a certain person named Adam. The perpetrators were convicted, the customer has not been officially established. 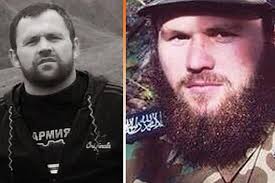 On August 23, 2019, Zelimkhan Khangoshvili, a participant in the second Chechen campaign, one of the field commanders close to Shamil Basayev and Aslan Maskhadov, was shot dead in the center of Berlin. Sources of "Survival" say that there is an opinion in Chechnya that Khangoshvili was involved in the murder of members of Kadyrov's teip, close relatives of Ramzan and his father Akhmat Kadyrovs (died in a terrorist attack in May 2004). Khangoshvili was dealt with on Akhmat Kadyrov's birthday. On August 23, 2019, he could have turned 68. For the execution of Khangoshvili's murder, a man with a passport of a citizen of the Russian Federation Vadim Sokolov was detained. Later, journalists established that the real name of the killer was Vadim Krasikov. The person who ordered the murder has not been officially established.