Under the wing Vorobyov 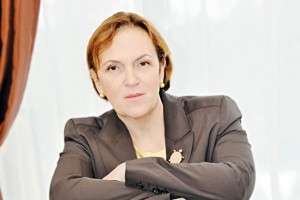 Interest holders LCD "Sports Quarter" (New Moscow, settlement Filimonkovskoe, p. Marino), which is the developer of "StroyPlyus", held a rally. They need to deal with the building "pyramid, which was built advisor to the governor of the Moscow region Ogloblina Marina and her son Michael. As a result, thousands of people were left without money and property.

Advertisement LCD "Sports Quarter" promised the residents of Moscow and the Moscow region "heavenly" housing. In total, the LCD has been planned to build 15 houses of different heights. The project declaration LCD reports on the planned construction of preschool for 250 seats, 550 seats on school, sports complex of Olympic reserve.

Building of the LCD by firms controlled by Ogloblina Mikhail Andreyevich - son Ogloblina Marina E. (. Ex-minister of the building complex of the Moscow area now - Adviser (with the rank of minister) Governor MO AY Vorobyov on construction issues). It is known that the construction business in Ogloblina family.

In addition to LCD Sports quarter Ogloblin MA has 5 more of the same unfinished projects, namely: LCD Aristovo-Mitino LCD ECO PARK Nakhabino, LCD Marino Castle, LCD Sport Town and the latest draft of the LCD Arista. At all sites the situation unfolds on the same scenario: the developer in the short term future is building monolithic frame homes, which contributes to an increase in sales, followed by the construction in fact terminated. The scheme works like creating developer of housing and construction of the pyramid. According to the founding documents "StroyPlyus" LLC Ogloblin MA It does not pass, but often attended meetings with real estate investors, which was presented as the owner of the construction business.

On contact with the equity holders Ogloblin MA It is not readily communicates only with the members of the initiative group, the main activist who took a job in the sales department LCD.

Under the contract the equity end of construction of the LCD "Sports Quarter" 06/30/2015 getting keys no later than 31.12.2015, the delivery dates postponed twice already, and in violation of the Federal Law # 214. Currently, no one case of the LCD is not even put into operation. Construction of kindergarten and school and did not begin. According to recent statements made by the developer, the two houses are to be commissioned in before the end of 2016, the rest - in the next year. However, the real situation is indicative of non-execution of the promises. Now at the construction site live 10-15 workers who have not been paid for several months. Most of the workers left the construction site due to insolvency of the builder.

The developer says there is no money for construction. Reasonable question-where the money real estate investors? Many of the participants shared construction housing purchased in the mortgage, daily experiencing financial difficulties due to the payment of rental housing, young families raising children in cramped conditions. A significant number of families with two or more children used the maternity capital, spending the money allocated by the state for the construction of housing complex.