Why does Russia not want to investigate the case of Kolomoisky's friend? 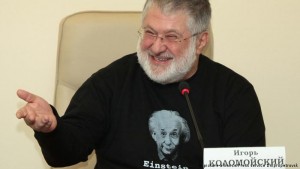 The life story of Smolensky Bank OJSC, whose death occurred in December 2013, is full of crime. What owners, executives and other scammers who revolved around big money did not do. Details are in the Rucriminal.info investigation.

Pavel Shitov, the main shareholder of the bank, created a group that did not shun anything. The issuance of technical loans to individuals and legal entities, the acquisition of illiquid promissory notes of technical legal entities, the gratuitous alienation of property, bribes when issuing loans to individuals, illegal financing of one's own business, fraud in issuing mortgage loans and squeezing apartments using bandit methods, cashed out on a huge scale and, of course, , illegal withdrawal of foreign currency abroad. It is on this that I would like to dwell in more detail.

It is known that in order to transfer currency to foreign jurisdictions, it is necessary to purchase either a product or a service abroad, having issued a transaction passport at the bank. The scheme was as follows. The bank used old transaction passports opened in the early 2000s at banks that were long dead by 2013. There is no information from the customs authorities on whether goods were imported into the territory of the Russian Federation at the beginning of the 2000s. Bank scammers took advantage of this.

Further, Rucriminal.info gives a very detailed description of one of the episodes in order to understand the amount of information available.

The illegal withdrawal of funds in the amount of more than 700 million US dollars to Privatbank, owned by Igor Kolomoisky, took place from May to November 2013, that is, during the preparation of the Maidan, Kolomoisky is considered one of the main organizers and financiers of this event. By no less strange coincidence, all withdrawals were made in US dollars to the accounts of British companies opened with Kolomoisky's bank.

The owner of the Smolensk Bank, Pavel Shitov, who once even dreamed of becoming the governor of the Smolensk region, fled the investigation in 2014 and received Ukrainian citizenship, settling in Dnepropetrovsk, and is engaged in cryptocurrencies in Kolomoisky's structures.

Shitov created a criminal community, consisting of officials of the Smolensk Bank, and others who want to profit at the expense of others. Numerous criminal cases that were initiated under various articles relating to the actions of this criminal community are combined into one, which is still being investigated in the Investigative Committee of the Russian Federation. Only two criminal cases reached the courts, where guilty verdicts were issued on several episodes against 5 defendants - Danilov A., Yakhontov M., Shcherbakov R., Skorkina D., Akberova T. What about the rest of the swindlers? What about the rest of the episodes? Who organized the output schemes? Who signed the fake documents? Who brought the bank to bankruptcy? To whom was the property of the bank illegally transferred? Where are the protagonists and executors of criminal schemes living now? What is the purpose of the stolen money? We hope that the investigation has answers to these questions.

The first criminal case was initiated in 2014, now it is 2022.. It is legitimate to ask about a reasonable time frame for the investigation... I don’t want to believe that the criminals will evade responsibility.

Back in 2017, Ukraine refused to extradite its “valuable” citizen to Russian law enforcement agencies. Only now Shitov has not yet been convicted, and he has not been charged ..

Everyone knows the tough position of the Chairman of the Investigative Committee of the Russian Federation A. Bastrykin regarding persons involved in crimes in Ukraine. We express the hope that Shitov and his entire criminal group will be punished to the fullest extent of the law.

In the Moscow branch of OAO Smolensky Bank (hereinafter referred to as the “Bank ›”), on September 5, 2013, a settlement account was opened for LLC Moscow Trade Union (HHH 5003041325), originally registered in the Leninsky district of the Moscow region, immediately before the opening of the settlement account, the registration address was changed: 105568 Moscow, st. Chechulin, 11k2. The general director of the company was Aleksey Mikhailovich Kopylov, the sole founder of the company from the moment of its foundation was Vladimir Vladimirovich Ledenev, who is also a “mass director”. In addition, Kopylov A.M. was also General Director of Intersovtekh LLC (TIN 5003043770) and Greencom LLC (TIN 5003047260), whose accounts were also opened with the Bank. Both of the above companies were also participants in criminal schemes for the transfer abroad of a large amount in foreign currency. All three current accounts were closed a month later, which suggests that they were opened and used specifically for illegal transactions.

According to a Rucriminal.info source, when opening a transaction passport at the Bank No. 13090013/2029/0002/2/1 of 09/18/2013r. Moscow Trade Union LLC provided contract No. 12-AB / 1 dated 01.24.2003r. in the amount of 37 million US dollars with the German company "TRALOG IMPORT-EXPORT G MBH" for the supply of building and finishing materials. It should be noted that data on the main type of economic activity of the company is not presented in the extract from the Unified State Register of Legal Entities, as well as in other sources. Copies of the documents accepted by the Bank were accepted and certified by Mikhail Sterkhov, Deputy Director of the International Business and Financial Monitoring Department of the Moscow branch of OAO Smolensky Bank. It should be noted that on the part of Moscow Trade Union LLC, the contract was allegedly signed by the General Director V.V. Moreover, all the signatures of Ledenev V.V. and Kopylova V.V. - on the contract and on certified copies of documents they differ and have obvious signs of forgery.

The following additional agreements were attached to the contract:

• N.8 dated 15.10.2013-on changing the bank details of NATLEX SERVICES LLP. in particular, a correspondent bank at PrivatBank, Dnepropetrovsk.

The transaction passport under this contract was initially opened at LLC CB Regional Finance, whose bank control record confirmed the import of goods in 2003 into the territory of the Russian Federation in the amount of 13,548,579 US dollars, of which only 3,822,460 US dollars were paid. According to the terms of the contract, payment for the goods was to be made within 90 days after their import into the territory of the Russian Federation.

In August 2011, an agreement on the assignment of the right to claim No. 1/2011 dated 20.08.2011 appears, which resulted in an increase in the debt of Moscow Trade Union LLC to TRALOG IMPORT-EXPORT GMBH to 19,194,215 US dollars. On behalf of the company, everything was also signed by V. V. Ledenev, allegedly the general director. One of the parties to the agreement was Stroyinvest LLC (TIN 50360541111), whose debt was assumed by Moscow Trade Union LLC. This organization was registered in 2003, the general director, by a strange coincidence, is not even indicated in the extract from the Unified State Register of Legal Entities, the main type of economic activity is also missing. However, the sole founder of Stroyinvest LLC was Magic Service LLC (HHH 7724200670), the general director of which was V.V. Ledenev. In 2012, Stroyinvest LLC was already liquidated, and Magic Service LLC is still an operating organization. The settlement account of Stroyinvest LLC was also opened with CB Regional Finance LLC. It should be noted that this credit institution did not even provide the Bank of Russia with information about the persons under whose control or significant influence it is.

According to supplementary agreement No. 7 dated September 25, 2013, NATLEX SERVICES LLP, registered in England, becomes the recipient of funds under the contract. In MF OAO "Smolensky Bank" under the contract of LLC "Moscow Trade Union" No. 12-AB / 1 dated January 24, 2003 as part of the transaction passport

The account "NATLEX SERVICES LLP" was opened with PRIYATBANK SUCURSAL EM PORTUGAL, originally declared by the correspondent bank Raiffeisen Bank, Vienna. However, on October 10, 2013 additional agreement No. 8 to the contract with the correspondent bank 6 was established by PrivatBank, Dnepropetrovsk, UA. Thus, under the contract by the Moscow Trade Union LLC from the Moscow branch of OAO Smolensky Bank for the period from 27.09.2013 to 17.10.2013r. 6olee 19 million CIIIA dollars were withdrawn to Portugal.

The sources of cash meetings for making transfers abroad of the Russian Federation were external and internal receipts to the settlement account of LLC Mosko vsky trade union. If external receipts from “one-day” companies, then 95% of all receipts (1,275,132,496 py6lei) to the account were intra-bank transfers of funds of Alpina LLC (TIN 7707797778) with such purpose of payment as “payment under a bills purchase agreement” account of Alpina LLC, funds were received from various counterparties, including the Moscow branch of OAO Smolensky Bank, in the form of funds from the repayment of the Bank's own promissory notes, as well as from the purchase of third-party securities. The Bank's own promissory notes presented for redemption/payment were sold by the Bank a few days before presentation for payment to other legal entities, which are serviced by the Bank, having signs of "one-day firms". Thus, the Bank's own bills were a tool for transferring funds from one legal entity to another for the purpose of subsequent conversion and withdrawal of funds to foreign jurisdictions, which indicates the involvement of the Bank and its employees in the scheme of withdrawing funds abroad.

The application for closing the transaction passport from Moscow Trade Union LLC was accepted by the Bank on 10/28/2013. with the wording of the fulfillment by the parties of all obligations under the contract, although they were not fulfilled. And on the same day, the company's current account is closed, which is contrary to internal regulations and the policy of the Bank. It is easy to conclude that the settlement account of Moscow Trade Union LLC was opened and used specifically to make an illegal transaction using forged documents.

At the moment, Moscow Trade Union LLC is already an inactive organization.

It is also worth noting separately that AS PRIVATBANK SUCURSAL EM PORTUGAL (the recipient bank of the withdrawn funds) until 2016 was part of the Ukrainian business group "PRIVAT" of oligarch Igor Kolomoisky. Igor Kolomoisky, according to available information, is a business partner and friend of Shitov Pavel Nikolaevich.

is impossible without direct approval as the management of the Bank (Shitov P.N. - Chairman of the Board of Directors of the Bank and Manager of the Moscow Branch, Yakhontov M.N. - First Manager of the Moscow Branch of OAO "Smolensky Bank" and Shcherbakov R.E. - First Deputy Manager of the Moscow Branch) and the management of the currency control units and the security service, namely the Deputy Director of the Department of International Business and Financial Monitoring Sterkhov Mikhail Yuryevich (now the Chairman of the Board of LLC International Settlement Bank, affiliated with Bykov S.A.), Leading Economist of the Department of Foreign Exchange Control Strokova Elena Viktorovna and Pavel Oskarovich Ginzburg, Head of the Business Support Department.