St. Petersburg in the fray: EPAP against Traber

As the president’s classmate’s bureau tried to send Antiquar At the disposal of Rucriminal.info was a very curious document. This is an order from the Main Investigative Directorate of the Investigative Committee of the Russian Federation in Moscow to the head of the fourth Service of the FSB of the Russian Federation, Army General Y. Yakovlev In it, investigators are asked to organize the monitoring and documentation of criminal activity of extremely famous people. For example, this is the “gray cardinal” of St. Petersburg, a friend of the entire Petersburg elite, Ilya Traber, better known as Antiquary. And the testimony against Traber is ready to be given, as stated in the document, by the representatives of the law firm Egorov Puginsky Afanasyev & Partners (EPAP) (created by classmate of the head of state Nikolai Egorov). For example, lawyer Victoria Burkovskaya, representing the interests of Alexei Ulyukaev and many other high-profile defendants. The TFR document alleges that Traber dealt with threats, demanding a stake in a large company. 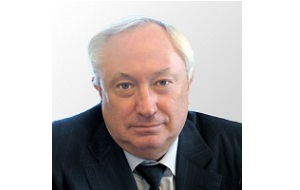 A brief history is as follows. Once Vitaly Orlov and Alexander Tugushev were partners, they created the Norebo fishing holding, estimated now at billions. Then a “war” began between the partners, Orlov and Tugushev pulled influential patrons to their side. As a result, various criminal cases, endless trials in the courts appeared. This "war" continues to this day. However, some of her moments remain behind the scenes. A light published by Rucriminal.info will shed light on these moments.

The audit found that Tugushev A.I., Konkov A.V. Begow A.A. and Krotov P.V. during the period from November 2, 2015 to November 15, 2015, during repeated meetings held in the offices of the Egorov Puginsky Afanasiev & Partners Law Firm located in Moscow and St. Petersburg, they demanded that the lawyers of the Bureau Savvin Yu .AT. and Krasnikhin A.A. refused to provide legal support for the Karat group of companies. In addition, Tugushev A.I. and others put forward unlawful demands for the transfer of Orlov V.P. he owns 33% of the shares of the holding in favor of Tugushev AI., while expressing to him the threat of unreasonable criminal prosecution, with the involvement of administrative resources and the assistance of senior officials. Moreover, Tugushev A.I., Konkov A.V. Runner AA. and Krotov P.V. as a pressure on the applicant, they expressed their intentions to organize the use of unjustified criminal law extrajudicial methods of influence against him, involving both senior officials and persons close to criminal structures.

At the same time, during the inspection it was established that Traber I and I. and other unidentified persons could be involved in the commission of the indicated illegal actions. At present, based on the audit, in order to establish the circumstances of the possible commission of unlawful actions against V.P. Orlov, as well as to establish the circle of persons involved in them, it is necessary to carry out a set of operational-search measures in relation to Tugushev Alexander Ivanovich, Konkov Alexander Vladimirovich, Begun Artyom Aleksandrovich, Krotov Pavel Vladimirovich and Traber Ilya Ilyich, including tacit receipt of information and documenting the facts of possible criminal activity ... ..Partners are a lawyer Egorov Puginsky Afanasiev & Partners, possessing information about extortion from Orlov V.P. the assets of the Karat group of companies that belong to him and forcing him to complete the transaction: - Burkovskaya V.A., Savvin Yu.V., Krasnikhin A.A.

To carry out with the aim of establishing the circumstances of the possible unlawful actions against V.P. Orlov, as well as establishing the involved, a set of operational-search measures, including secretly obtaining information and documenting the facts of their possible criminal activities, in relation to Tugushev Alexander Ivanovich, Konkov Alexander Vladimirovich, Begun "Artem Alexandrovich, Krotov Pavd Vladimirovich, Traber Ilya Ilyich and other unidentified persons with the aim of their subsequent legalization."