Piter got stuck without assault

A related cartel of the Ministry of Internal Affairs and the FSB of St. Petersburg The telegram channel VChK-OGPU has published a list of the most dear guests of the Ginza VIP-restaurants chain (primarily in St. Petersburg). There is always a free table for them. They do not have to pay in full for luxurious lunches and dinners, the owners of Ginza have provided unofficial discounts for such people, up to 50%. If you are an employee of the FSB of the northern capital, then such a discount is guaranteed to you. And all because of the fact that the owners of Ginza, including Vadim Lapin, love to engage in resolvers at their leisure. Among the current participants in the list can be found the prosecutor of St. Petersburg Sergei Litvinenko, the current senator, and then the head of the Primorsky district administration Sergei Kutepov, Alexander Romanov, the head of the "M" department of the FSB of Russia in St. Petersburg - Anton Borisovich Voronkov.

As a source told Rucriminal.info, Voronkov's influence on the balance of power in law enforcement agencies is difficult to assess for an ordinary man in the street. Voronkov oversees the power block of St. Petersburg, that is, the police, prosecutor's office, courts, the Investigative Committee, etc. He enters the offices of the heads of departments at the highest level, and they all know that it is better not to mess with him, otherwise he will immediately start working against you, trying to lobby his protege in your place, well, or some weak-willed employee, the only correct one the opinion for which will be the opinion of Anton Borisovich himself. He likes to impose his own rules of the game on the heads of departments - to give information, the development of which will give him one or another benefit, to influence personnel policy, and so on.

What is this you ask? It seems that from time immemorial, representatives of the state security agencies have been engaged in this, and a good Chekist is one who has everything under control. However, this activity has a downside. Let's figure it out ... 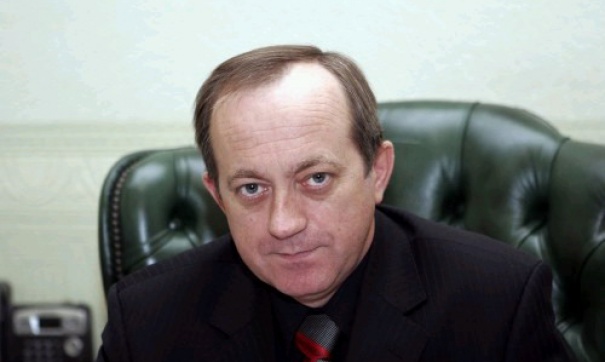 According to the interlocutor of Rucriminal.info, there was such a head of the FMS in St. Petersburg - Yuri Buryak. Subsequently, he was even the deputy director of the Federal Migration Service of Russia. So, Buryak's deputies in St. Petersburg were Sergey Nikolaevich Smirnov and Vladimir Leonidovich Minchenko. Minchenko and Smirnov have been close friends for a long time, and if subsequently Smirnov left the ranks of the employees, then Minchenko, on the contrary, after the FMS returned to the ranks of the Ministry of Internal Affairs, became the head of the UVM of the Main Directorate of the Ministry of Internal Affairs of Russia for St. Petersburg and the Leningrad Region. And Smirnov has a nephew - the same Voronkov A.B. As a result, a whole scheme was built to make money on migrants. Part of it even was and remains legal - this is LLC MIR, an agent company of one of the licensees of the Federal State Unitary Enterprise PVS of the Ministry of Internal Affairs of Russia, where the general director is a close friend of Voronkov - Penyaz Andrey Vasilyevich. The latter in general, through his firms, solves a bunch of "legal" issues for businessmen in the city. True, often these questions are created by the hero of the article himself.

When he was the head of the Main Directorate of the Ministry of Internal Affairs, Umnov Sergey Pavlovich, who tightly controlled the migration policy of the city, Voronkov could not roam through his Mir LLC, made patents in the usual volume, and solved questions on them through his confidant - Sergey Belyakov labor migration UVM GU, which by the way lobbied through Minchenko). But with the departure from the city of Umnov and the arrival of the Moscow team, which decided not to get involved with Voronkov, but to play by his rules, our heroes received complete carte blanche in the migration of the city.

Vyacheslav Chaika was immediately appointed to the post of head of the OVTM UVM GU. By the way, Belyakov was fired. Many did not understand why ... But come on, Chaika is much more convenient - he is the husband of the daughter of the aforementioned Smirnov SN, that is, Voronkov's cousin. Even relatives! By the way, Vyacheslav Chaika, in conversation, is also always for the homeland and the fight against villains. It is a pleasure to listen to it, it will win everyone! Now Chaika is already deputy head of the Department of Internal Affairs of the Main Directorate of the Ministry of Internal Affairs of the Russian Federation for St. Petersburg, was appointed with a fight due to a conflict of interest, but Voronkov still pushed through the appointment. Now he can do whatever he wants. Cannot climb only into the block supervised by Silina Svetlana Viktorovna (an iron woman, left from the old team). But our hero also solves this question. After all, everyone has heard about the recent searches in the RVP and Citizenship Department ?!

According to the source of Rucriminal.info, almost the entire UVM was in the power of Voronkov. All patents, migration registration of foreigners. As for patents, everything is simple, a frantic stream of documents goes to the state department of the UVM GU, permits are drawn up past the "cash desk" of the state. It is much cheaper to submit a document for a patent than through the licensee of the Federal State Unitary Enterprise "PVS". All the money goes into your pocket. Presumably, the guys earn a little more than 10,000 rubles from a foreigner (but we will round up). There are several hundred such people a day (yes, yes! Imagine that even 200 (and this is the minimum!) Foreigners passed a day. Total - 2 million rubles a day). Those foreigners who have no connections to apply for a patent through the state department, as a rule, go to receive it at Flagman LLC holder of the licensee of the Federal State Unitary Enterprise "PVS" - the Unified Migration Center. Who do you think is in charge there? Surprise, but this is none other than the dismissed Belyakov S.N. Coincidence?! I don’t think so! In general, also bread.

But he is in charge of the scheme (let's call it "State Chance") personally and through intermediaries working on the street - comrade Vyacheslav Vladimirovich Kozlovsky, an old friend and ally of Chaika and Voronkov. He is engaged in real estate in the Leningrad region. He buys out or "grinds out" land in settlements, builds premises on it and hands it over to retailers such as Pyaterochka and Magnet. Well, Anton Borisovich, of course, is in the subject! (you will have to live on something in retirement). Such is the legalization.

As the interlocutor of Rucriminal.info explained, there is still a scheme for making money on the migration account. Exactly before the new year 2021, there was a raid by the UVM GU on the places of mass migration registration of foreign citizens. There was no such raid, just at the suggestion of Chaika and Co. they put “signals” on third-party hotels, hostels, hostels. That is, in other words, they blocked the ability to register foreigners at their facilities. And then many objects are legal. Imagine that you have workers from Uzbekistan of some enterprise living in your dormitory. You put them on record, give them a berth, they pay you for it. And here - on you! Can't be registered! Why? Unclear! And a foreigner without taking into account and you have no sense in living, the Russian guards will catch him on the street without the cherished registration, and they will send him home to Uzbekistan! Yes, and a foreigner will not receive a patent for registration with a "signal" ... And to remove this signal - you have to go to the Immigration Control Department of the UVM GU, where you must prove that you are not a donkey. It is often very difficult to do this, you will carry tons of documents and tear your throat out of everything legally. The very essence of setting a "signal" is illegal, because it is done even without a police officer first leaving the facility. Yes, and the fact that a patent is not granted to a foreigner is illegal if there is a “signal” at his place of registration. But a foreigner can really live there. And our heroes use this as a basis for refusing a patent! And what in this case, right, will go to apply again and pay the money again!

But you can do it differently. You will be sent to the Hermes LLC company, affiliated with the security forces, where you will be offered to work together. This means you have to pay a share from your business to Hermes or buy registrations (which will definitely be in the database without a “signal”) from them. Moreover, the registrations of Hermes were mainly made simply at LLC "Horns and Hooves", which do not even have beds at their disposal. So here and there a penny drips. For those who refuse to pay, the signal is not removed, they are sent to all circles of bureaucratic hell. And with our legal system, you yourself know how it feels. At the very registration of migration registration, in the migration registration department on the street. In principle, Krasnaya Tekstilshchik d. 15 cannot receive a number, everything has already been issued to the “employees” of Hermes. They bring piles of documents to various firms. In general, an ordinary businessman who is not friends with Voronkov and Co. has nothing to do in the migration market today.