"Pioneer", a loan burden, a bullet in the head

"In vain I started all this with the MCB" In Moscow, a pre-investigation check is conducted into the death of the founder and main owner of the Pioneer group of companies (SC) Andrei Grudin. His body with a gunshot wound to the head was found in the office of the Civil Code. It is assumed that the businessman committed suicide. The press service of the Pioneer group said that the death of Andrei Grudin was not connected with the activities of the company, and even more so with its financial condition. However, the Civil Code is cunning. Rucriminal.info studied Grudin’s death note, from which it follows that the pioneer’s deplorable financial affairs and overwhelming credit obligations forced him to take a desperate step.

The body of the businessman was found by his wife Olga Grudina in the office of the Civil Code on Malaya Pirogovskaya Street, 3. Without waiting for his return home and return calls, the woman learned from the guard that he was in his office, and, suspecting something was amiss, went there. She discovered her husband’s body with a gunshot wound. A gun lay at his feet. And on the table in front of him lay a suicide note. Its contents became known to the telegram channel of the VChK-OGPU: “To the family. Take care of yourself and do not repeat my mistakes. You have a general power of attorney (with Ivanov).

Lenya. I really appreciate you. You are a good partner. Sorry to have started all this with ICD. I understand now that I do not want to sell the Pioneer. This is a part of me. Without this, I am not me. Turn it all back! This will remove a large loan burden on the Pioneer and I hope you will continue to work, and you will pay affordable interest to my family. Forgive me, everyone. " Now let's decipher this message a bit. Lenya is Leonid Maksimov, the second co-owner of Pioneer. Now he has to try to get the Civil Code out of financial distress. And the ICD is “Moscow Credit Bank” by Roman Avdeev, who is known for his extremely aggressive policy towards large debtors. JSC Structures included in Pioneer were constantly credited to the IBC at high interest rates of billions of rubles, and the guarantor itself was the Civil Code itself. However, sources at Rucriminal.info say that Andrei Grudin himself was the guarantor for a number of large loans. All these loans eventually turned into an excessive burden. As can be seen from the note, the question arose about the sale of the Civil Code. Grudin chose to shoot himself in the head. Pioneer Group of Companies was created by Andrey Grudin in 2001. In 2009 Oleg Soroka came to it from the FSO, who later became the director of Pioneer Moscow, now he is the general director of Pioneer Invest LLC and SPP LLC. As the Moscow Post publication notes, Oleg Soroka, a member of the board of directors of Pioneer Group of Companies, in 2017 became the richest deputy of the Moscow City Duma with an income of 56.2 million rubles. A year earlier, he held the same position with an income of 42.4 million rubles. Soroka is probably the “locomotive” of promotion in the Moscow market of Pioneer Group of Companies. “Did he plan to chop off the company with Andrei Grudin? It will be much easier to do this in your own field in Moscow than in St. Petersburg, ”the journalists asked in March.

Oleg Soroka could provide a “roof” in Moscow for a serious one. LLC Pioneer Development Company (DC Pioneer LLC) has state contracts with the Presidential Administration of the Russian Federation in the amount of 839 million rubles. The founders of the company are Greenex Investment Company JSC and MSP LLC, in which Oleg Soroka is the head.

Recently, Pioneer Group was negotiating the purchase of 3.8 hectares from Capital House LLC in the south of Moscow. According to The Moscow Post, several market participants in the capital are ensured by the same former Moscow City Duma deputy Oleg Soroka. They say that he is associated with Moscow City Hall. 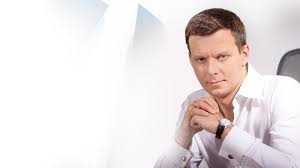 In January, Andrei Grudin, who replaced Leonid Maksimov, became the CEO of Pioneer Group of Companies. Exactly a year ago, Maksimov changed Grudin, both of whom are shareholders of the company, according to information on the Pioneer site.