"Laundered over 2 trillion rubles, they were not interrogated in the case"

Why the murder of the Deputy Chairman of the Central Bank of the Russian Federation Andrei Kozlov... As it became known to the VChK-OGPU telegram channel, the shadow banker No. 1 in Russia, a man who has been handling billions of "dirty" dollars for many years, Evgeny Dvoskin was officially declared bankrupt by the court, and his property was put up for auction. Genbank joined the list of Dvoskin's creditors, which was previously headed by a "shadow banker". Thanks to the intensive work of the Genbank in Crimea, Dvoskin received the "title" of the "savior of the banking system" of the Crimea and untouchability, despite the billions withdrawn from the bank. Now Genbank is demanding 366 million rubles from the "savior". By the way, Kirill Cherkalin, the head of the banking department of the Directorate of the FSB of the Russian Federation, who recently received seven years in prison for corruption, was the last who responded to a request for violation of Dvoskin's activities at Genbank. 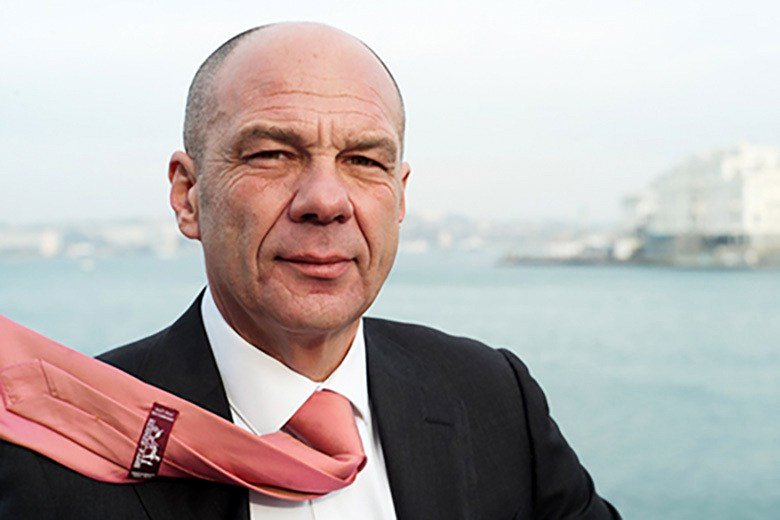 At the disposal of Rucrimninal.info was a relatively old, but very informative information regarding Dvoskin of the special operational group of the Department for Combating Organized Crime of the Ministry of Internal Affairs of Russia. It was established that for 2006-2007. organized criminal community, headed by I. G. Myazin, E. Dvoskin. when carrying out illegal operations, banks "Europrominvest", "Belkom", "Neman", "Migros", "Discount", "Antares", "Rubin", "Novokubansky", "Diamond", "Pico-Bank", "Siberian Bank for Economic Development, Yaroslav Bank, Falcon, Alliance, Intelfinance, Kitezh, etc. (all banks had their licenses revoked on the basis of 115-FZ “money laundering”). The amount of funds passed through these structures exceeds 2 trillion rubles. At present, these persons carry out operations using the details of Astrakhanprombank, Lakma, and New Credit Programs. Earlier in 2006, I.G. Myazin. and Dvoskin E.V. carried out operations together with an organized criminal community headed by Elbakidze D.E. (nickname "Juba"), Frenkel A.E., Zakharov S.Yu. (nickname "Red"), Kulikov A.A., Shkurko G. S., Belozerov V.P. (the nickname "Flamingo", a former employee of the Federal Tax Service of Russia, was prosecuted under Part 1 of Art. 303 of the Criminal Code of the Russian Federation).

The abovementioned persons are directly related to the banks "Discount", "Europrominvest" and others, and are also most aware of the murder of the first deputy of the Bank of Russia Kozlov. However, operational support for the murder of Kozlov was provided by the deputy head of the "K" department of the FSB of Russia D. Frolov (who has stable corrupt ties with the organized criminal group A.A. Kulikov, I.G. Myazin and E.V. Dvoskina). In this regard, these persons were not even interrogated in the criminal case of Kozlov.

In July 2007, at the place of residence of the investigator of the Investigative Committee of the Ministry of Internal Affairs of Russia G.A. Shatnina. recorded an attempt by law enforcement officers to obtain information at the address.

So, in order to evade criminal liability, they organized measures to discredit the investigative-operational group, which is investigating a number of criminal cases. Moreover, officials of the Department "K", "M", 6 of the Internal Security Service of the FSB of Russia are carrying out purposeful work to cover the persons included in the organized criminal group. So, on the basis of a letter from officials of the 6th service of the FSB of the FSB of Russia to the passport office of "Obruchev" in Moscow, a citizen of the Republic of Ukraine, Dvoskin E.V. "Yaponchik"). Previously, Dvoskin has been repeatedly tried in the United States. On the territory of Russia Dvoskin E.V. legalized illegally with false documents. A passport of a Russian citizen was illegally acquired by him in Rostov-on-Don at the Oktyabrsky District Department of Internal Affairs (passport series….). In 2005, with the aim of full legalization, he filed an application for theft of this document in the As a result, through the Khamovniki police station, he received passports of the series ……. all documents were canceled by the FMS of Rostov-on-Don, the FMS in Moscow. The passports are on the federal wanted list.

At the present time, this citizen may be using illegal documents provided by the 6th service of the Internal Security Service of the FSB of Russia (passport of a Russian citizen and a foreign passport). It is possible that the same CAB service closed the address of I.G. Myazin. Myazin I.G. in 1991 he was prosecuted under Part 3 of Art. 144 of the Criminal Code of the RSFSR. Was on the federal wanted list for 2 years. In 1993 he was brought to criminal responsibility, the year was suspended. However, all this data was removed from the bases of the Ministry of Internal Affairs of Russia.

Dvoskin has been on the international wanted list since 2000 through the NCB "Interpol". Wanted by the FBI. He appears under the surname Slusker E.V. (accused of fraud and money laundering).

According to information received from Rosfinmonitoring, Dvoskin's passport appears in Pelikan LLC. According to the data provided, Dvoskin is the main founder of this organization. Commercial activities (gaming business). The firm carried out its activities on the territory of St. Petersburg, Moscow, Irkutsk. "