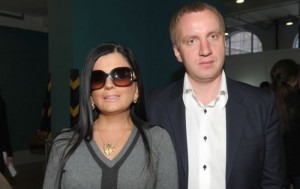 Certain long-lived oligarchs decided to return the 90s, when they, together with corrupt officials, replaced the state. The most prominent representative of such an old oligarchic school is the owner of AFK System Vladimir Yevtushenkov. He even sat in jail (albeit not for long) for stealing the Bashneft company from the states. But this circumstance "sobered" him only for a certain time. Now he has taken up the old again. This time Yevtushenkov and his "Sistema" aimed at Gzhel State University (GSU) - the oldest university for training specialists for folk arts and crafts. The People's Front and the leader of A Just Russia Sergei Mironov stood up to defend the unique educational institution with a unique teaching staff, which they want to turn into a production subsidiary of Sistema. However, they received a "shock" from the Deputy Minister of Science and Higher Education of the Russian Federation Pyotr Kucherenko. He is better known as the husband of singer Diana Gurtskaya and a participant in scandalous showdowns in show business. Therefore, there is nothing to be surprised at. Details are at Rucriminal.info.

Let us briefly recall the situation with GSU. At the beginning of summer, employees of Gzhel State University (GSU), the oldest university for training specialists for folk arts and crafts, sent an appeal to President Vladimir Putin to the editorial office of Rucriminal.info. In it, professors, doctors and candidates of sciences, honored artists ask the head of state to protect them from AFK System, its owner Vladimir Yevtushenkov and his "right hand" MM Sokolov. They are trying to take over the university, things have already come to threats. They want to reduce the unique educational institution to the production subsidiary of AFK Sistema. It got to the point that they tried to force the GSU to transfer to Yevtushenkov's structures the right to fulfill the order of the presidential administration for the production of gift sets. After our publication, the situation has changed for the better.

Deputies, the head of the district came to the university, they agreed that nothing should be done with a unique university. Then the prosecutor's office, the treasury, the Ministry of Emergency Situations passed checks. No violations were found. It would seem that life at the university has calmed down. However, it turned out that this is for a very short period. Then, according to sources of Rucriminal.info, Sokolov again used his "levers" in the Ministry of Education and the Ministry got back on the same tracks, which lead to the main goal - to donate the university to Sistema. And how could one not get on these tracks, if such agreements, it seems, were reached after a personal meeting between the head of the Russian Ministry of Education and Science Valery Falkov and Yevtushenko.

The VChK-OGPU telegram channel gave its readers a unique opportunity to look into Valery Falkov's diary. Upstairs - who should be congratulated on his birthday, for example, Arkady Dvorkovich, he has it on March 26th. Below is a list of things to do: interview with RBC; Meeting of the supervisory board of the ANO "Russia - the country of opportunities", etc. And next to them appears - "Lunch with Vladimir Yevtushenkov." And the millionaire and the minister dined to decide the fate of Gzhel State University (GSU). At a meeting with Falkov, Yevtushenkov advised Kira Esaulova, a person devoted to him personally, to the place of the rector of GSU. And Falkov agreed. Only a bobble came out. When checking the candidate, it turned out that Esaulova has Israeli citizenship. But Yevtushenkov is not discouraged. Now, with the approval of Falkov, he is looking for a new candidate for the position of rector.

Having learned about this, the staff of the university turned to the "People's Front" and to Sergei Mironov. They immediately responded, took control of the situation, wrote an appeal to the Ministry of Education and Science. However, recently we received a written shock from Deputy Minister Pyotr Kucherenko. In fact, in a delicate manner, he sent Mironov and the People's Front to hell. To understand the question of who Kucherenko is, here are some excerpts from old publications.

For the first time, Pyotr Kucherenko made the majority of the “yellow” and not only the media talk about himself in December 2004. Then the Express-Gazeta published an article under the heading "The Fabrikantka grabbed the groin of the lawyer Gurtskaya with her teeth." It said that Diana Gurtskaya's lawyer Pyotr Kucherenko helped the singer terminate the contract with the ARS company, which belongs to producer Igor Krutoy. At the same time, he shocked the public with statements about how the general director of "ARS" Vyacheslav Kormiltsev beat him right during the negotiations, and Vyacheslav's girlfriend, singer Maria Rzhevskaya, almost gnawed his genitals with her false fangs.

The media started talking about Pyotr Kucherenko again a few months later - in March 2005. Then his official wedding took place with Diana Gurtskaya.

“A Forum of Right Youth was held in the Izmailovo Concert Hall with the support of the Union of Right Forces party,” Nezavisimaya Gazeta reported in 2003. “The leadership of the party - Boris Nemtsov and Irina Khakamada, as well as the“ youth wing ”of the Union of Right Forces represented by Andrei Wulf, Alexander Barannikov and Pyotr Kucherenko in their speeches tried to correspond to the audience as much as possible”. It is noteworthy that Andrei Wolf and Alexander Barannikov became famous for being the first open representatives of the gay community in the State Duma, who actively defended the interests of their “community”. Kucherenko, who joined them, never spoke about his sexual orientation, but was invariably with Andrei and Sasha. The last two dropped out of political life. And Kucherenko remained afloat. Which community is promoting it is difficult to say with certainty. But Peter managed to work in the office of the governor of the Samara region, the State Duma, until he found himself in a responsible position in the Federation Council. And from there he moved to the Ministry of Education.