Who is behind the persons involved in a major operation of the Ministry of Internal Affairs and the ... 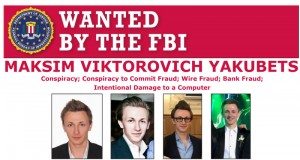 The Ministry of Internal Affairs revealed a scheme of theft of more than 10 billion rubles. from energy companies. The machinations were carried out under the guise of the Mezhregionsoyuzenergo (MRSEN) holding, headed by the oligarch Eldar Osmanov and his companions Yuri Shulgin and Bagrat Katalyants. The last two have been put on the international wanted list. Osmanov and Shulgin have long been waging a "war" with Marina Sechina, the ex-wife of the head of Rosnfeti, Igor Sechin. But until recently, Osmanov and Shulgin had very reliable rears. The security of their business was ensured by the veteran of the FSB "Vympel" special forces, Eduard Bendersky, and the ex-fighter of the "Alpha" special forces, Konstantin Pekker. Both have huge intelligence connections. And Bendersky is the father-in-law of "hacker No. 1" according to the FBI, Maxim Yakubets.

As the Ministry of Internal Affairs of the Russian Federation reported to Rucriminal.info, according to the developed scheme, sales companies controlled by the criminal community carried out non-core financial activities. They issued loans, acquired bills of exchange and shares, contributed funds to the authorized capital of third-party organizations, and entered into agreements on the assignment of claims. These operations were financed through technical loans issued by Mosuralbank. As a result, the defendants created formal grounds for withdrawing funds from the turnover of the unified energy system of Russia to the accounts of individuals and commercial organizations controlled by the accomplices. Accounts payable artificially created by sales companies to the above-mentioned counterparties were paid off at the expense of funds received from electricity consumers. At the same time, payment for the services of energy suppliers was not carried out under the pretext of a shortage of working capital. 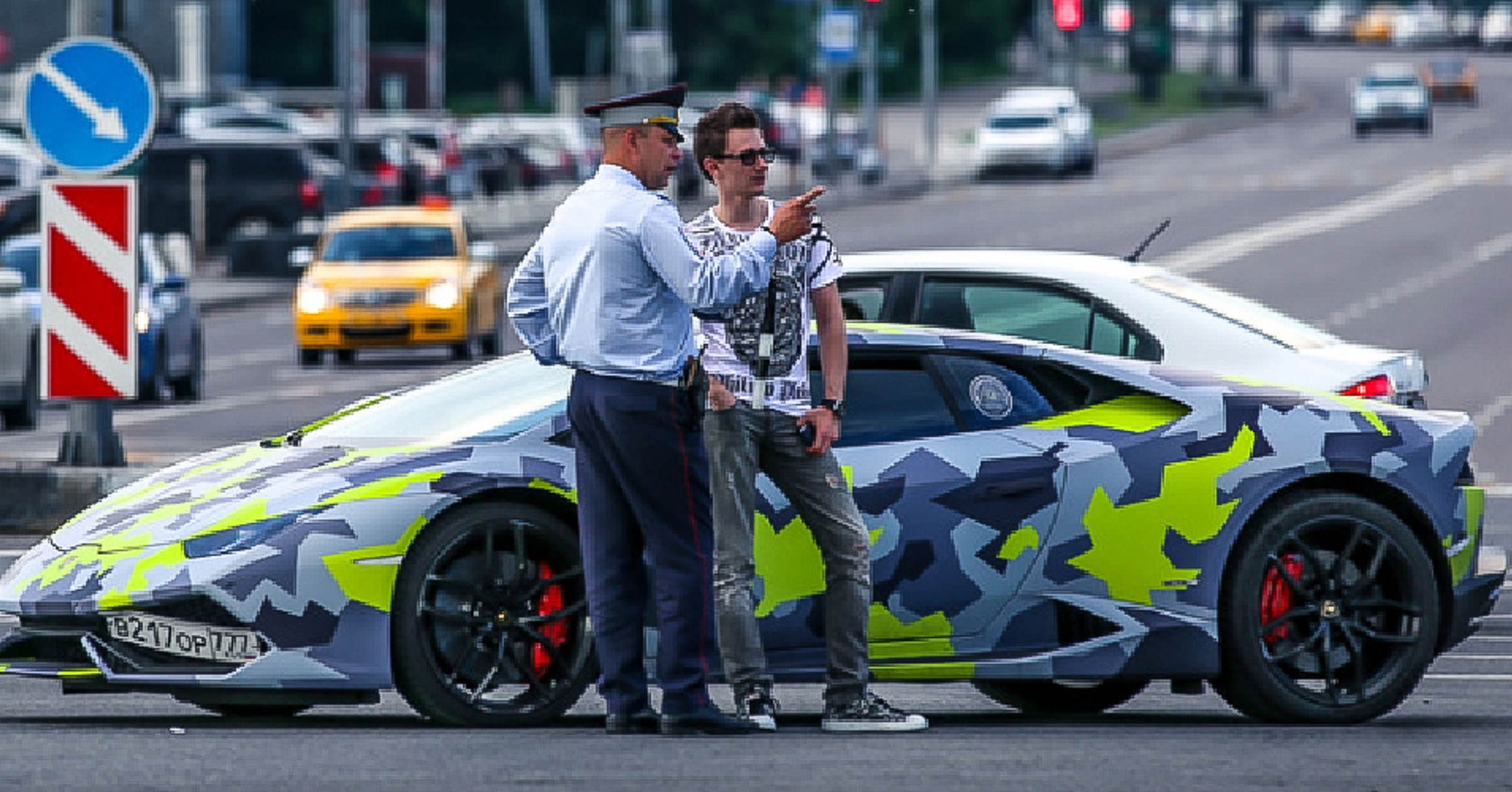 Thus, from 2004 to 2019, the members of the criminal community transferred funds in the amount of more than 10 billion rubles to foreign companies controlled by them. They were to be used for bulk purchases of electricity from generating companies, implementation of state investment programs in the energy sector, modernization and maintenance of the operational state of technical networks and other expenses related to ensuring the safety of the electric power industry as a strategically important industry for the Russian Federation. 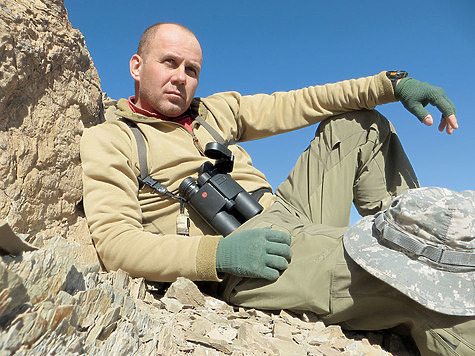 As Rucriminal.info found out, the security of all cases of Osmanov and Shulgin was ensured by the veteran of the FSB Vympel special forces Eduard Bendersky and the ex-fighter of the Alpha special forces Konstantin Pekker. Bendersky is also closely associated with Russian hacker Maxim Yakubets, who is wanted by the FBI on charges of embezzling more than $ 100 million from the accounts of companies and individuals. Yakubets is associated with a veteran of the FSB "Vympel" special forces, Eduard Bendersky. In June 2017, Yakubets (for whose capture the American and British special services promise a reward of $ 5 million) married Bendersky's daughter Alena. Alena turned out to be not only the founder of several firms associated with her father's security business, but also the co-owner of two sportswear stores of the Italian brand Plein Sport. Yakubets and his friends from the hacker group Evil Corp were very fond of wearing the clothes of this company, and one of the expensive sports cars of Evil Corp, the Nissan GT-R, was even pasted over with a film depicting skulls and brass knuckles - this is the trademark of the Plein Sport brand.

Evil Corp. called "the most malicious in the world": the damage from attacks by Evil Corp against banks is estimated at hundreds of millions of dollars. The American Ministry of Justice considers Maxim Yakubts to be the organizer of the group.

As Rucrimiunal.info found out, the senior partner of Bendersky is the legendary fighter of the special forces "Alpha" Konstantin Pekker. It is he who is the main owner of all chops and other enterprises related to Bendersky. Pekker, in turn, is a monster partner of the energy complex of the Russian Federation, Yuri Shulgin and Eldar Osmanov. Eldar Osmanov is a co-owner of the Mezhregionsoyuzenergo holding (MRSEN). His daughter Lolita is married to the son of billionaire Albert Avdolyan. Bendersky's Vympel A took part in most of the battles for energy assets associated with Pekker, Shulgin and Osmanov, including the Rodnichok sanatorium. Marina Sechina, the former wife of the head of Rosneft, Igor Sechin, is also a participant in these conflicts.

Now it's time to return to Bendersky's "senior" partner Konstantin Pekker. This is a legendary fighter of the Alpha group, a participant in the most notable operations, in which he often personally destroyed intruders. So, it was Pekker who eliminated the villain who captured the autobus with tourists. He rose to the rank of commander of a combat detachment.

Upon entering civilian life, he officially became a co-owner of more than 12 enterprises that are part of the business empire of Bandersky and his curators:

However, it is obvious that earlier Pekker was their co-owner, but because of his service he could not advertise himself. Then he left the number of co-owners, but a certain girl, clearly a relative or a related person, replaced him in the founders. And Pekker left in connection with the fact that he began to perform the functions of the head of the security service of the "monsters" of the energy industry.

There is such a large energy sales holding Roskommunenergo. The main shareholders of OJSC Roskommunenergo for 2010 were: LLC Bazisenergo Trade (48.5%) and LLC Center for Private Law of the Electric Power Industry (37.3%). Yury Shulgin, Eldar Osmanov, Vasily Mikhailov and Konstantin Pekker had 25% of shares in Bazisenergo Trade LLC. Yury Shulgin and Eldar Osmanov had 50% of shares in LLC Center for Private Law of Electric Power Industry.

Yuri Shulgin is the founder and shareholder of MRSEN (Mezhregionsoyuzenergo), one of the wealthiest people in the energy industry.

According to Rucriminal.info, Bendersky's Vympel A actively participated in solving the power problems of Roskommunenergo (RCE), it was with this private security company that constant threats were associated with various opponents of the RCE, as well as an attack on the director of the Kashirsky Rodnichok sanatorium, Tatyana Romanova. The firm, which owned Rodnichok, served as the main "overpass" for pumping money out of the RCE and withdrawing it from the country. Therefore, the sanatorium was a "strategic" object. Osmanov and Shulgin had a conflict with Romanova, Vympel A checked her activities and forced her out of the sanatorium. In revenge, Romanova began to send letters describing all the "dark" cases of the REC on withdrawing funds through the "Rodnichok": with specific numbers, accounts, etc. Then an attempt was made on her life - she was stabbed in the neck with a knife. Surrounded by Romanova, it was not ruled out that Vympel A was behind the attack. 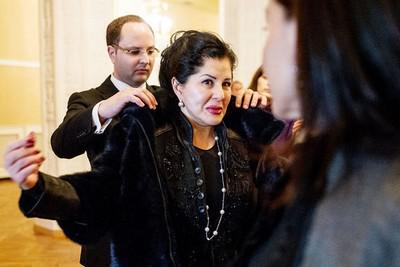 In 2013, it was officially announced that Marina Sechina was becoming a co-owner of MRSEN and Roskommunenergo. A few years later, a protracted conflict began between the former partners. Sechin agreed on one side, Osmanov and Shulgin on the other (they say that not everything is good between them either). Both went abroad, from where they are fighting. In 2017, Shulgin was put on the federal wanted list on charges of non-payment of over 5 billion rubles to Arkhenergo, a branch of the generating company of IDGC of the North-West, PJSC. And in August 2018, he was put on the international wanted list.

The situation around the aforementioned Rodnichok sanatorium, owned by MRSEN, attracted wide media attention. Through the daughter who owns it, "huge sums were pumped for a long time, and for the conflicting parties it became a kind of headquarters - whoever controls is in charge. As a result, private security companies and ordinary soldiers who control the "Rodnichok" have repeatedly changed, each change of "owners" is accompanied by fights and shooting with the victims. During this war, an attempt was made on the life of Sechina's partner, Alim Daduev.

And although, it seems like, "Pennant A" itself does not "shine" now in this war, however, Bendersky's hand is felt in all these fights and assassination attempts.