From the head of Gazprom to the Landromat

The Ministry of Internal Affairs is developing Alexei Sobolev - a personal lawyer for the largest... 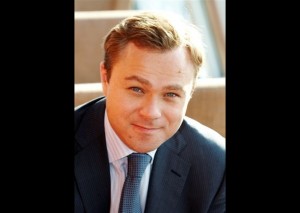 The Investigative Department of the Ministry of Internal Affairs has stepped up work on a gigantic (by sum) investigation of money laundering and its transit outside the Russian Federation. We are talking about the notorious Landromat. More than $ 21 billion went from Russia through this channel through Russia through Moldova and settled on foreign accounts. Rucriminal.info published a list of Landromat participants, which was compiled by investigators based on the testimony of shadow banker Peter Chuvilin. Many of its members are already either in custody or wanted. However, since then this list has expanded significantly, since other persons involved in the case began to cooperate with the investigation - Elena Platon, Alexander Grigoriev. They call the previously unknown participants of the "Landromat", in connection with which the investigators have questions for a wide circle of people. Among them was Alexei Sobolev - the closest partner Vyacheslav Platon (one of the organizers of the Landromat), the owner of the law firm Prime Advice. According to witnesses and defendants in the case, one of the beneficiaries of the "Landromat" Vyacheslav Platon at one time did business in Russia, owned many firms. Along the way, he, together with Vlad Plahotniuc and Russian partners, built the most ambitious scheme for money laundering - “Landromat”. To monitor his Russian assets and the proper functioning of the financial “laundry” Vyacheslav sent his sister Elena (in custody, testifies). All Plato's firms and Landromat participating structures under its control were serviced by Alexander Grigoryev’s Russian Land Bank (in custody, testifying). And all the legal problems, according to Rucriminal.info sources, were dealt with by Alexey Sobolev, a close friend of Plato, who was put on the wanted list. Moreover, the owner of Prime Advice, together with Elena Platon, was also one of the administrators, coordinators of the work of the Landromat. Sobolev could give evidence no less interesting than Elena Platon and Alexander Grigoriev. According to sources of Rucriminal.info, it is already being developed by the Ministry of Internal Affairs of the Russian Federation, which is engaged in the “Landromat case”. Unlike shadow bankers, Sobolev's personality is more prominent. Still, in St. Petersburg he is “spinning” in the campaign of very high-ranking officials. Sobolev is a member of the Board of Trustees of St. Petersburg State University of Economics along with Gazprom Chairman Alexei Miller, Russian Railways CEO Oleg Belozerov, Agriculture Minister Dmitry Patrushev, FGC UES Executive Committee Andrei Murov, etc. The young wife of Alexei Sobolev, Polina, managed to work in the law office "Egorov Puginsky Afanasyev and Partners", created by classmate of the President Nikolai Egorov. Given this environment, Sobolev carefully monitors his reputation, allocates large budgets to "clean up" the Internet from negative information about his person. However, the Siloviki telegram channel managed to find out his biography. Sobolev was born in St. Petersburg, and at the same time has Russian and Ukrainian citizenship. He was closely associated with the New Communal Technologies company, which owns a seaport and a customs post in Ust-Luga through his friend and partner Sergey Pupko. They had interests in the Tver region, where he owned the Verkhnevolzhsky Tannery. On the website of the St. Petersburg FINEC there is information that Alexey Sobolev is a member of the board of trustees of a reputable university as deputy general director of Stroytransgaz JSC. But the main thing is that Sobolev Aleksey Sergeevich, Doctor of Economics, controlled the Sovetskiy bank, which became cross-throat to Tatfondbank, which undertook to sanitize it. “Soviet” was involved in the “Moldovan scheme”, but Sobolev happily avoided the attention of the media and law enforcement agencies. Although in fact, it was Sobolev who was the shadow administrator of the entire Moldovan scheme, the distribution hub for the numerous financial flows flowing into this southern country of the former USSR. Unlike his less fortunate colleagues, Sobolev is now free and, according to reports, lives in Germany. He moved there after the Investigative Committee visited him with a search in May of this year. In Germany, Sobolev immediately fell under the wing of Ilya Kligman, who lives in Berlin, whom the Russian media call the “cashier of the Tambov organized crime group”. Kligman has been unlucky in Russia lately: his friend, General from the GUBEPiPK of the Ministry of Internal Affairs Kolesnikov, died by jumping from a balcony in the building of the Investigative Committee, and General Nikandrov from the Investigative Committee himself has long been under investigation.

Probably, Kligman simply could not refuse Sobolev, who was extremely toxic to him, and what he could interest such a partner with was only a guess. It is possible that the key to the solution lies in the rather strange choice of the host country for Sobolev, because it was the German authorities who initiated the seizure of funds and real estate worth about 50 million euros in the case of the “Moldovan Landromat”, and therefore the law enforcement agencies of this country are seriously investigating the activities of this international criminal organization. Being within their jurisdiction a key participant in the criminal scheme is just a gift from him. We look forward to when, finally, Russian and German investigators realize that the key link in the Moldovan Landromat can simply avoid a deserved punishment, join forces and finally put Sobolev on the international wanted list.