"Gave Derevyanko SS about $ 10 million in bribes for various purposes" 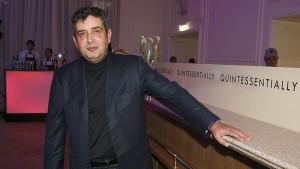 Rucriminal.info has recently published a number of investigations about how a large businessman, a citizen of Great Britain, Israel and Ukraine, Eduard Shifrina, bribed the General of the Ministry of Internal Affairs of the Russian Federation, deputy chairmen of Sberbank, etc. In return, its structures received loans on favorable terms and had full cover on the law enforcement line. Vasily Yordan, the former head of the Shifrin security service, testified in detail about this in London. As a result, Shifrin has received hundreds of millions of dollars for a long time, organizing the initiation of "left" cases against his inconvenient partners and enemies. Where this Shifrin came from and how he built his career - about this in our new investigation.

The history of the creation of Midland Resources Holding Limited (one of the main ones in the Shifrin empire) dates back to the early 90s. Despite the fact that the official date of creation of the company is 1995, the actual prerequisites for its creation were provided by the events of the 5-year previous period.

In the early 90s, the then well-known Seabeko company, which belonged to Alex Schneider's father-in-law, Boris Iosifovich Birshtein, was successfully operating in Russia. There have been many investigations about Birshtein in Russia and abroad, this name thundered in the 90s. Birstein's story is described in investigative journalism by Mark MacKinnon, senior international correspondent for The Globe and Mail.

Birshtein was one of the most influential businessmen to emerge from the collapsed Soviet Union. He, unlike his friend Donald Trump, dabbled in real estate and the entertainment industry, and also dreamed of building a hotel in the center of Moscow.

In an era when the former Soviet Union was transitioning from overt communism to a form of clan capitalism still entirely dependent on political ties, it wielded tremendous influence over the young governments of Ukraine, Moldova, and Kyrgyzstan. He became an intermediary for them in relations with Western companies, including several in Canada.

“But the deeper I dug, the more confusing the story became,” admits the author of the article. - Sources in law enforcement and intelligence said that they themselves have tried for decades to understand who Mr. Birshtein is and for whom, if at all, he works. Some diplomats and intelligence officers believed that Seabeco was a front for KGB operations. The police believed that she was acting under the protection of the Russian mafia, but they could not prove it.

But others who have dealt with Mr. Birshtein say that he is just a businessman with an uncanny ability to appear in the center of world-changing events. "

There are photographs of Birshtein showing him with former Canadian Prime Ministers Brian Mulroney and Jean Chretien. He was also photographed in meetings with Israeli Prime Minister Benjamin Netanyahu and his predecessor Ehud Olmert and half a dozen other world leaders. Birshtein was repeatedly in danger. He survived the 1991 car crash in which the prime minister of Kyrgyzstan died.

Former Russian President Boris Yeltsin accused Birshtein of helping finance a failed 1993 attempt to remove him from power. Birstein's business partner, who lived on Bridle Path in Toronto, was shot.

The Midland Company was involved in almost everything related to metallurgy, including trading in metallurgical products, coal, scrap and many other things. In parallel with Russia, Boris Birstein developed business in Ukraine, then working with President Leonid Kuchma and his entourage. In particular, a large company AG - Ukraine was created, which began to do business with the largest metallurgical plants and ports of Ukraine, such as the Mariupol Metallurgical Plant, Donetsk, Zaporozhye and a number of others. In 1992, Alex Schneider married the daughter of Boris Birshtein and eventually got a piece of the business related to the organization of export deliveries from Ukraine and Russia. By 1995, Alex had created a large export holding, which successfully provided supplies of metallurgical products to the west.

Eduard Shifrin all this time successfully worked at the Dneprospetsstal plant in Dnepropetrovsk, where he was born at one time. Alex Schneider met Eduard Shifrin in 1993 and they decided to create a joint venture, in which Eduard Shifrin received 25%, investing only his connections in metallurgical plants, while Alex Schneider invested money, existing structures and offices for the sale of metal. The business went uphill and by 1996 the partners decided that they would conduct business through the established company Midland Resources Holding Limited. By 1999, the business grew even more and Eduard Shifrin began to claim to receive 50% of the company.

In 2009-2010, the partners decided to disperse and split the business. It was Shifrin Eduard who initiated the divorce. Alex Schneider and Shifrin Eduard are 100% beneficiaries of Midland Resources Holding Group Limited each of them owns 50% of the group. This also includes many Russian and foreign companies, such as Milennium Property Management LLC, Middlend Development LLC Midlands Capital Management JSC, MShZ-M JSC, Business-Master LLC, Agat-Fil CJSC. Shifrin has three citizenships - Ukraine, Great Britain and Israel. In 2016, he received Russian citizenship. In accordance with the existing tax legislation, Shifrin EV is a taxpayer of the Russian Federation, as it spends most of its time in Russia.

Initially, the main business of the company was the production and sale of metal products, but over time the company went into the real estate business and built several large objects in Moscow. One of the largest assets of the holding was the Zaporizhstal plant located in Ukraine. The direct management of the entire business was initially carried out by Alex Schneider, and Eduard Shifrin was in charge of the holding's business in Ukraine. Starting from 2007-2008, Eduard Shifrin began to spend more time in Russia and for some time, together with Alex Schneier, ran a business in Moscow.

According to a source of Rucriminal.info, somewhere from 2007-2008, the management of Russian companies was almost completely transferred to Eduard Shifrin. The management system was built on the principle of nominee directors. The perimeter of the Russian business of the company included several large companies, such as Business Master LLC, Millennium Property Management LLC, MKM OJSC, MSHZM CJSC and many others. Each of these companies appointed a nominee director from among the holding's employees. At the same time, as a rule, this employee performed a completely different function in the holding and had nothing to do with the management of the company where he was appointed. All seals and access to accounts were with the financial director Natalia Kravchenko, who reported directly to E.V. Shifin. All accountants of all companies were subordinate to the financial director N.I. Kravchenko. and often did not communicate with nominee directors at all. All contracts and documents were made in the accounting and legal department at the direction of E.V. Shifrin. and N.I. Kravchenko, after which they formally signed with nominee directors. The nominee directors in the holding simply physically could not do any decisions, contracts, or any actions. As Eduard Shifrin understood more and more the prospects of the Russian real estate market, he has a desire to "squeeze" his partner Alex Schneider from the Russian part of the business of their joint company by traditional "Russian" methods. To achieve this goal, Shifrin used his acquaintance, General Sergei Stanislavovich Derevyanko - the deputy head of the Main Directorate of the Security Service of the Ministry of Internal Affairs of the Russian Federation in those years, and subsequently the head of the Ministry of Internal Affairs for the Central Federal District. In gratitude for the work of General Shifrin, he presented $ 3,000,000 to General Derevyanko SS for the purchase of a house in the village of Zhukovka on Rublevskoye Highway.

The purchase consisted of the acquisition of two land plots, one of which was an unfinished house with a size of more than 600 square meters from a citizen Shchipanovsky. General Derevianko SS turned to Shifrin EV with a request to help him with money.

As the interlocutor told Rucriminal.info, Derevyanko already had about $ 1 million by that time. There was not enough $ 5.5 million. $ 2.5 million was allocated by the company Catton LTD, which was engaged in metal trading.

The direct representative of this company, who was engaged in the provision of funds, was Dmitry Ivanchenko, a shareholder of Catton LTD.

Dmitry Ivanchenko transferred $ 2.5 million from his company Frasterline ltd to Bracerone LTD. Bracerone was controlled by Midland and used to raise cash for Shifrin EV's needs. It should be noted right away that during the time that General Derevianko SS, dismissed from the internal affairs bodies in 2014, worked in his posts, Eduard Shifrin transferred about $ 10 million in bribes to General Derevyanko SS for various purposes.

Subsequently, the head of the security service, Yordan Vasily, will give detailed testimony to the lawyers to whom and how many bribes Shifrin Eduard gave. One of the tasks set by Shifrin for General Derevyanko SS was to support as long as possible the criminal case opened in Russia on the facts of fraud in the purchase of Bombardier aircraft with the participation of Alex Schneider. It was Shifrin Eduard who "ordered" in this criminal case from General Derevyanko SS, so that Alex Schneider was attached to him and he had no desire to come to Russia. All this time Shifrin Eduard tried to convince Alex that it was dangerous to come and he (Shifrin) was dealing with this difficult issue. To top it off, so that Alex Schneider had no idea of ​​coming to Russia, Eduard Shifrin instructed his head of the Jordanian security service, Vasily, to organize an attack and threats to Alex Schneider's loved one in Moscow, which was done. Alex Schneider was very trusting of his partner at the time. It never occurred to him that the man was his partner, whom he pulled out of nowhere, gave him money, the opportunity tootat and become a rich man can do this to him. But for Eduard Shifrin, this was a normal natural course of events. Without being burdened with moral and ethical issues, Eduard Shifrin already had a plan for further action. At the same time, Midland got the opportunity to do business with Sberbank of the Russian Federation. Realizing the prospects of projects with Sberbank, Shifrin EV wanted to get rid of his partner by all means and tried to divide the assets as soon as possible. Ultimately, Eduard Shifrin achieved his goal and Alex Schneider, fearing the received threats and a criminal case, stopped appearing in Russia.