Searches in the shopping center "Moscow" : came For the God Nisanov 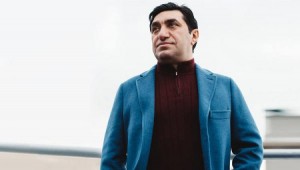 An event occurred which with the accuracy of the predicted Rucriminal.info back in the fall of 2018. The security forces came to the God Nisanov. On March 11, employees of the interior Ministry and the FSB conducted searches in the shopping center "Moscow", which belongs to the billionaire. Everyone who was there was detained. Markets and shopping center Nisanov has long been a real criminal centers, which is extremely tired of the security forces. Perhaps Nisanov will get out this time, but just in case he is already "building a nest" in the United States.

On the night of March 11, the territory of the shopping center "Moscow" was cordoned off by Regardie and searches began there. All those present in the shopping center were detained. They will be checked for involvement in various crimes and the legality of being in Russia. The visit of the security forces is largely due to the fact that the markets and shopping centers with the filing of the same Nisanov long ago became real hotbeds of crime. Moscow is the SEAD, where the last months almost every day there is a mass fight with shooting and stabbing. Often with victims. Is the inhabitants of TTS divided zones of influence with other gangs. According to sources Rucriminal.info, near " Moscow "there is a round-the-clock cafe" Samarkand city", where authoritative inhabitants of shopping center gather. In this cafe every other day there are criminal events. Only recently, criminals from Central Asia staged a massacre with immigrants from Chechnya. They had a conflict over the right to control a number of merchants. All this happens solely because of the actions of Nisanov himself and from his submission.

Until 2016, the Azerbaijani Diaspora at Nisanov's points was controlled by the "thief in law" Rovshan janiev (Rovshan Lankaran). It is with the help of billionaire dragged to its market " Food city "a large number of wholesalers from the market-a competitor – "Four seasons".

In the pockets of Nisanov flowed huge profits. At some point, he found janiev's financial appetites inflated and decided to cut his share. Between Nisanov and "thief in law" there was a conflict.  Rovshan threatened Nisanov that will surpass all wholesalers and dealers back on "Four seasons". Immediately after that, the" thief in law " was shot dead in Istanbul. Earlier, the fugitive businessman Telman Ismailov assured that he had information about Nisanov's involvement in the incident.

It is assumed that organization directly eliminate Rovshan engaged in "kingpin" Nadir of Salifou (Lot Guli). It was to him that most of the objects previously controlled by Janiyev later departed. Not Food city. Tricky Nisanov by the same police officers began to stop any attempt teams Guli "sign in" to "Food city". As a result, a huge number of criminal elements were left without the control of any "thief in law", which they would certainly obey. All this criminal element began to create in Moscow "lawlessness". But Nisanov seemed to be satisfied with this state of Affairs.

According to the source Rucriminal.info Nisanov gave the right to control the diasporas from Central Asia living in the markets to two "authorities" - Khoja Jabbor and Khoja Sammat. The billionaire runs it through his security. Sammat runs just in the shopping center "Moscow", and Jabbor - at other sites Nisanov. Earlier over these "authorities" there were in mafia Tajik hierarchy more higher gangsters. Through the efforts of Nisanov they are now gone. Unbuttoned Jabbor and Sammat started a war, both with each other and with various criminal clans. All this is also accompanied by carnage. At the top of all this criminal "iceberg" is now the God Nisanov.

As a result, the crime situation in Moscow was getting worse every day, but the billionaire was quite satisfied.

He felt confident, because he always knew how to share. Plus Nisanov agreed to take financing of various, almost social, capital projects. But lately, and in this regard he began to manifest stubbornness. As a result, security officers came to him. So far, this is just the first call for a billionaire. And not clear until the end of will follow whether two other "telephone call" and"curtain."

But just in case Nisanov already began to prepare for flight. According to Rucriminal.info, his shadow accountant Borya, whose headquarters was in the hotel "Slavyanka", from may 2018 began to withdraw from Russia 3 million dollars daily. This was mainly done by buying bitcoins. As soon as security officers came with searches, Borya the first plane took off to New York. There, if quite pressed in Russia, plans to go and Nisanov himself. He has already withdrawn enough funds for a sweet American life.