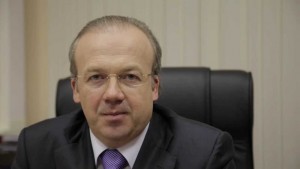 Rucriminal.info returns to the theme of the past owner of the Granel company, Andrei Nazarov. We do it forcedly. The editors were surprised to find out that search engines removed an article from our systems about this businessman from their systems. It turned out that this was done by decision of the Kirovsky district court of Ufa (Bashkiria) dated August 8, 2011, which came into being already seven years before our publication. Nazarov and his friendly judge, Munir Valeyev, “concocted” a terrific decision, allowing Nazarov to “clean up” any truthful content about his past. In particular, Valeev’s decision states that Nazarov was never convicted of rape. The editors of rucriminal.info promised to prove that this is a lie. And now it is time to do it.

At the disposal of the editors was a copy of the sentence Nazarov Andrei Gennadevich. In several articles we will publish it and readers will be able to find out how the owner of Graneli, together with his friends, beat and abused a minor girl.

The sentence was imposed on October 15, 1988 by the Baymak District Court of the RSFSR against Nazarov Andrei Gennadievich and Kaplin Vladimir Vasilievich, who were accused under articles of the Criminal Code of the RSFSR 206 (hooliganism) and 117 (rape).

The investigation revealed that the minor Andrei Nazarov on July 6, 1986, at about 21 o'clock, while intoxicated in the cafe “Fairy Tale” of the city of Sibay, BASSR, in the presence of visitors, unreasonably expressed obscene language, in response to the comments of the café workers damaged a wooden panel costing 356 rubles, i.e. deliberately grossly violated public order and expressed disrespect for society, committed a crime under Article 206 of the Criminal Code of the RSFSR.

rucriminal.info has a copy of the sentence, which states that minors Nazarov A.G. and Kaplin V.V. On November 19, 1986, at about 22 o'clock, at the bus stop "Kolkhoz Market" on Gorky Street, Sibay, the BASSR, a minor Alibaeva G. was greeted by whom Kaplin suggested having sexual intercourse with him. In response to her refusal, he struck her in the shoulder with a fist, then Alibaeva started with Nazarov in the basement of house No. 2 on Kolkhozny Lane of Sibay, where, despite her will, they had performed sexual intercourse, thereby committing the crime stipulated by article 117 of the RSFSR Criminal Code.

The defendant Nazarov partially admitted the guilt in the accusation and showed that on July 6, 1986, at home with friends, he drank a bottle of vodka and came to the Tale cafe, wanting to buy juice, he mistakenly gave the bartender a 3-kopeck coin instead of 20 kopecks, connection with what happened between them a scandal and he had a row with her, expressed obscene language. He damaged the panel not intentionally, but touched his shoulder when dancing. When he began to leave, the head of the hall detained him and called the police. He shouted and escaped from Trofimov when he twisted his hands without explaining the reason for his detention.

About what testimony the owner of "Graneli" gave about the rape of a minor, and also told the most injured about how Nazarov and his friends mocked her and what she had to endure, rucriminal.info will lead in the next article.

In the meantime, let us once again return to the decision of Judge Munir Valeev in the interests of Andrei Nazarov. From the text of the decision it follows directly that the respondent in this case is not any publication or author, but the whole ... “Internet”.

As a result, Munir Valeev, in the opinion of rucriminal.info, made a stunning decision. It sounds like this: “Recognize the above information spread on the Internet in relation to A.N. Nazarov. not relevant to reality. " The first is about the information on the criminal record of Nazarov for rape. Thus, Valeev and the owner of Graneli built a certain eternal document. So that journalists will not write, even if they have a copy of the verdict against Nazarov, the latter already has a solution from Valeyev that allows him to delete this information from the Internet. Not surprisingly, after this decision, the Qualification Collegium of Judges deprived Valeyev of the authority of the judge and the chairman of the Kirov District Court with the wording: “systematic violations of the requirements of the Law“ On the Status of Judges in the Russian Federation and the Code of Judicial Ethics ”.