One employee died of an overdose. The other survived and went up. 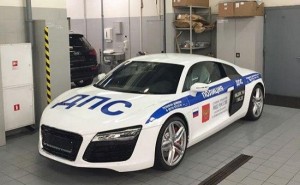 It's no secret that the city on the Neva is one of the logistics centers for both the production and transit of substances prohibited for free civil circulation.

As in the entire system of internal affairs bodies, in St. Petersburg there are specialized departments to combat this scourge.

However, there are still truly “reserved” places on the map of St. Petersburg, where those who, on duty, must fight crime and stop any manifestation of the spread of prohibited substances, themselves become participants in the “food chain”, and even manage to to advance in the service, occupying leadership positions and promote the same as they are. Details are in the Rucriminal.info investigation.

So, on the night of November 16-17, 2017, in the hotel-hostel next to the former 57 police department of the Russian Ministry of Internal Affairs for the Vyborgsky district of St. Petersburg, located at 12 on Kultury Avenue, the hotel administration found the body of the head of the department in the fight against drug trafficking Kutuzov S. with signs of an "overdose" (in the annals of history, the conclusion on the autopsy of the deceased, with the results of the research, should have been preserved).

From the side of the CSS of the Main Directorate of the Ministry of Internal Affairs of Russia for St. Petersburg at that time, the Vyborgsky District was supervised by Mr. Vladimirov, but more on that later.

Since it was no secret to anyone that in this hotel, along with the late Kutuzov, Mr. Romanov Roman Sergeevich often liked to retire (that day was no exception), at that time the acting head of the 57 police department of the Russian Ministry of Internal Affairs for the Vyborgsky district of St. Petersburg, then the next day he was sent for testing for the content of prohibited substances in the urine to the polyclinic of the Ministry of Internal Affairs on Bolshaya Morskaya St. in St. Petersburg and, oddly enough, the test turned out to be positive, which was recorded in the corresponding journal.

Information about this incident, as expected, the employees of the polyclinic were sent to the personnel apparatus of the Russian Ministry of Internal Affairs for the Vyborgsky district of St. Petersburg, which at that time was headed by Lieutenant Colonel of the internal service Oleg Chalanov.

Since all this obscurantism both happened and was “hushed up” under the strict guidance of the head of the Russian Ministry of Internal Affairs for the Vyborgsky district of St. Petersburg, Avtomonov Sergey Viktorovich, who does not leave “his own”, and Chalanov was always at hand and was ready every day even into the fire , even in the water, just to please his overlord; naturally, this message "dissolved" in the safe of the head of the personnel department (after all, according to representatives of the security services, the use of prohibited substances is only "administrative", and the deadlines for bringing it to it have expired).

At the same time, Chalanov himself was certainly in solidarity with Romanov R.S. in the part that he did not find anything reprehensible in using something from the forbidden both during working and non-working hours, since he himself loved and practiced driving company cars in a state of intoxication (while on vacation, for example), for which he paid in September 2018, despite all the efforts of his immediate supervisor, to save him from an inevitable fate (after all, then a whole special operation was organized to evacuate Chalanov from the scene of an accident in an ambulance, from which he simply escaped when he drove away from the scene) .

Today, Mr. Romanov carelessly heads the 36th police department of the Russian Ministry of Internal Affairs for the Vyborgsky district of St. Petersburg, where he sleeps with subordinates who are expecting children from him; and dreams of the post of chief of police of the Ministry of Internal Affairs of Russia for the Vyborgsky district of St. Petersburg and will definitely receive it, since Avtomonov S.V. and the word "their" does not throw into the wind. 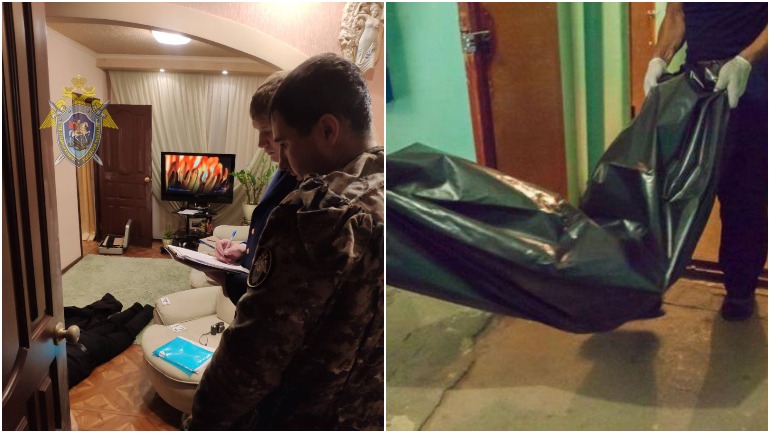 As well as he does not leave the employees of the Ministry of Internal Affairs entrusted to him, who with regular frequency get into the chronicles of incidents as perpetrators of certain crimes (of course, not without the participation of “his” curator of the Internal Security Directorate of the Main Directorate of the Ministry of Internal Affairs of Russia for St. Petersburg).

Even publications in the media about the “exploits” of his subordinate heroes cannot in any way induce him to make his “real masculine decision” (the curator of the CSS of the Main Directorate of the Ministry of Internal Affairs of Russia for St. he liked to express himself for quite a long time at office meetings, inciting his subordinates to commit suicide and certainly creating the necessary conditions for this in the conditions of service, until this information was published when covering the conflict between Kokonina, now the head of the police of the Kalininsky district of St. the leader at that time in the Vyborgsky district, the chief of police Mishenin, and then everything went without broken hands, criminal cases and dismissals, although in that whole story it was the outstretched middle finger of the hand, turned towards the head, with his denunciation of the status representative of non-traditional male orientation.

None of the above events in all the past time, was not interested in no less status representatives of the glorious CSS service of the Main Directorate of the Ministry of Internal Affairs of Russia for St. Petersburg, and the direct supervisors of the above persons continue to overcome all the hardships of their extremely difficult service, without incurring any punishment for this; so close to the next increase.

But in the case of the dismissal of the head of the Russian Ministry of Internal Affairs for the Primorsky district of St. Petersburg, just one "letter of happiness" was enough.

P.S. As it turned out, Mr. Romanov has a penchant not only for prohibited substances, but also for monitoring the activities of scrap acceptance at Udelnaya, where he regularly tries to visit, but more on that later.