"I pointed a submachine gun and ordered me to lie in the grave."

How the forests near Moscow became a nameless cemetery 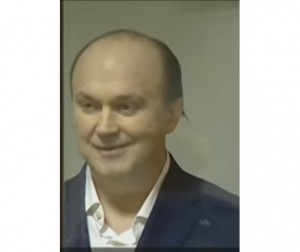 Rucriminal.info continues to publish materials from the case against the gang of Konstantin Piskarev (Kostya Bolshoi) and his militants, who have committed more than 25 contract killings. Our articles contain the testimony of the accused in the case, including the killers, so the reader can see through the eyes of the "main characters" of the gang. In this post, we will talk about a murder that is generally difficult to explain. In his office, Piskarev decided to build a chic fireplace with a coat of arms, which he entrusted to the master Alexander Orlov. He was an avid gambler, he spent all the money in the vending machines, so he missed the deadline for his work. With the fireplace, Piskarev had to reprimand Orlov more than once. But the fireplace vouched for a very good one. Another member of the organized crime group, Dmitry Yurov, also entrusted the master with a tombstone for a relative. This time, Kostya Bolshoi did not tolerate missed deadlines. He put a living Tin in a freshly dug grave and shot him. First, we give the testimony of Orlov's partner, and then the killer from the gang who was present at the massacre of the master. The testimony of the witness Mikheeva D.V., contained in the interrogation protocols of 08.04.2017 and 28.11.2017, according to which, approximately in 2000-2002, Orlov A.The. took him to work on the manufacture of monuments from granite. Mikheev began to take orders and learn from Orlov to make engravings and make monuments. According to Mikheev, Orlov was an irresponsible, unreliable contractor: he was losing money received for the execution of orders, in this regard, he violated the deadlines for fulfilling his obligations. In 2004, Orlov hired Mikheev to make a fireplace in the office on Droboliteyny Lane (next to Prospekt Mira). The customer for the fireplace was a man named Konstantin (Mikheev identified Piskarev K.Yu.). In addition to the fireplace, Orlov had to make a coat of arms, which Piskarev invented himself. In the process of making the fireplace, which lasted about a year, Piskarev came to the office several times in a Hummer car. Piskarev was dressed in a long-length sable coat "to the toes", on his neck he had a dense gold chain with some kind of emblem decorated with stones. Piskarev wanted to depict this coat of arms over the fireplace. Together with Piskarev there were two guards, one of whom made claims to Orlov regarding the timing of the monument's production. Once Orlov went to Piskarev for money and did not return for a long time, and a little later Mikheev found Orlov playing slot machines not far from the office. Orlov said that the customer had not given the money, but Mikheev assumed that Orlov had lost part of the money received. The fireplace was completed in January 2005, after Christmas. Piskarev also arrived to take the order in a Hammer car, accompanied by two security guards. Examining the fireplace, Piskarev expressed his approval, joked about its size, that Orlov could fit there. One of the guards accompanying Piskarev again reminded Orlov of the unfinished monument. After the fireplace was handed over, in late January - early February 2005, Orlov and Mikheev, together with two other members of their brigade (the surname of one is Potapov, the surname of the other is unknown to the witness) left for Tver. Orlov said that he was underpaid for making the fireplace and was going to return to Moscow in a couple of days to get money from the customer. Mikheev wanted to go with Orlov, as he knew that Orlov could lose the money he had received. But Orlov insisted that he would go alone. After Orlov left for Moscow in early February 2005, Mikheev never saw him again. (volume 106 l.d. 89-93, 96-98)

The testimony of the accused Lupichev D.A., according to which in 1999 Lupichev met a man - Orlov A.V., who, by order of Fedoseyev and Alexandrov, was making a monument for Andrey Bezrukov. In 2003, Lupichev and Aleksandrov contacted Orlov regarding the construction of a monument for Fedoseev. In the fall of 2004, Lupichev again saw Orlov while erecting a monument to Fedoseen. The last time Lupichev saw Orlov was on the day of the murder in winter. The day before the murder, in the evening, Lupichev, Saryai and Aleksandrov found a place for the murder and burial of the corpse about 30 km from Moscow along Dmitrovskoe highway. In the morning of the next day, Lupichev, Aleksandrov and Saryan arrived at a pre-selected place and dug a hole there for the burial of the corpse. After some time, Piskarev and the Yurov brothers, Dmitry and Nikolai, arrived in a Hammer car; they were met by Lupichev. Orlov was with them. Dmitry Yurov asked Orlov: "Where is my cross?" Then he hit Orlov in the face with his fist (then Yurov explained that he meant making a cross for the grave of his relative, for which Orlov took money, but never did). Then Orlov was taken to the place where the hole was dug. Nikolai Yurov remained in the car, and Nikolai Yurov stopped in the middle of the road. On the way, Piskarev asked Orlov where the money was, but he did not answer.

Near the pit, Piskarev took out a makeshift submachine gun, pointed it at Orlov and ordered him to lie down in the pit, which Orlov did. Then Piskarev shot Orlov in the back with a burst. After that, Piskarev and the Yurovs immediately left, while Lupichev and Aleksandrov buried the corpse and left with Saryan. "