Why did the defendants in the bribery case from the "thief-in-law" go to the head of the Federal... 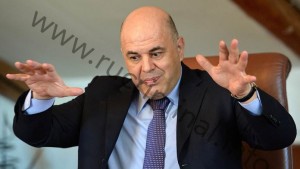 The arrest of former head of the CSG of the Russian Federation in Moscow Alexander Drymanov caused a lot of "noise" in the media. It became clear that it's too early to put an end to the criminal case of creating a "criminal in law" by Zakhar Kalashov (Shakro Young), whose members worked closely with certain representatives of the law enforcement bloc, officials and big businessmen. According to rucriminal.info, this investigation is a real "treasure" for the special services. After all, a lot of time was spent monitoring the representatives of the TFR, the "thief-in-law" and his entourage, their conversations were listened, Besides, the participant of the "behind-the-scenes games" in the UK Denis Nikandrov gave detailed testimony. As a result, this case is literally "teeming" with "loud" surnames: heads of entire departments, construction businessmen, oligarchs, State Duma deputies, shadow businessmen, etc. They became known and the editorial offices of rucriminal.info. We begin to disclose these names, each article will be dedicated to an individual. The first of them will be told about the head of the Federal Tax Service of Russia Mikhail Mishustin.

First, let's explain to the reader because of what was "cheese boron". Andrei Kochuykov (Italian) began his criminal career in the far 80s as part of the Solntsevo group. However, Andrei easily communicated with participants in other organized criminal groups, various beginning businessmen and officials. Was the favorite of this whole audience. Many of his social circle 80-90-ies became deputies of the State Duma of the Russian Federation, the largest businessmen, high-ranking public servants. And only Andrew remained faithful to the "rut", which he rose in the 80's. He remained a gangster. Since the 90s, the Italian was particularly close to the "thief in law" Zakhar Kalashov (Shakro young). While he was in Spain, Kochuykov looked after his interests in Russia. When Kalashov returned to Russia and became the main "thief in law", he made his Italian companion the closest associate.

After Kochuykov took part in the "disassembly" at the Elements restaurant and was behind bars, there were many who wanted to help him. Just those same deputies, officials and businessmen. Firstly, they really wanted to get their pet out of the pretrial detention center. Secondly, we wanted to make the pleasant Shakro Mododomu-a man extremely necessary in solving certain issues.

But none of these VIP-persons was ready to personally "shine" in this story: to call, ask for Andrew, etc. They could allocate large sums of money and dispatch bribes of close "shredders" for "skidding". All this community of "lovers of the Italian" actually opened a irrevocable financial line for $ 5 million. Dmitriy Smychkovsky was one of the problem-makers, whose tasks included solving the problem of the liberation of the Italian. His circle of acquaintances is extremely impressive and rucriminal.info will tell about it separately. As for this story, we will mention that Smychkovsky was well acquainted with Mikhail Mishustin, the head of the GUSB of the IC of the RF, Mikhail Maksimenko, and the head of the CSO of the Russian Federation in Moscow, Alexander Drymanov.

And then the whole April and May 2016 was an ebullient work to liberate the Italian. Smychkovsky constantly met with Maximenko, Drymanov, Shakro the Young. At the same time he ran to VIP-persons who allocated money for the liberation of the Italian. As a result, the parties converge on $ 1 million. Who specifically from VIP-persons allocated this amount, you can understand from the materials of the case. But rucriminal.info will tell about this separately.

From 16 to 20 May Smychkovsky gave $ 1 million to Maksimenko, Drymanov, his deputy Denis Nikandrov, and the head of the SS for Moscow's Central Administrative District, Alexei Kramarenko. Appointed and the hour "X", when the Italians will be released - June 14, 2016. All participants in the "conspiracy" just do that they hold meetings on this matter.

And then follow the course of events. According to rucriminal.info, one of the most active days for "conspirators" was on June 7. Until the release date Kochuykova remained a week, and much is not yet ready. June 7 was just the day the birth of Alexander Drymanov, the latter celebrated it in his residence in the Tula region. Maximenko is on it. Nikandrov and Smychkovsky and decide everything in detail and finally discuss. But then the head of the CPS Alexander Bastrykin interferes in their plans. He calls Nikandrov to himself to discuss the signing of an agreement between the Maly Theater and the TFR. Maksimenko. Nikandrov and Smychkovsky agree that after the meeting with Bastrykin they will go to Drymanov. According to rucriminal.info, about eight in the evening everyone gets into the car by Maksimenko, but they decide before the decisive conversation at Drymanov, to call on ... the head of the Federal Tax Service Mikhail Mishustin. The car is parked near the building "tax". Despite the fact that Smychkovsky is also familiar with Mishustin, Maksimenko alone comes to see him. He only returns in two hours. After that Maksimenko, Nikandrov and Smychkovsky decide not to go to Drymanov any more.

In this connection, questions arise. Was there any role in this whole role of Mishustin? Why did Maximenko go to him in the midst of negotiations on the liberation of the Italian? What links the head of the Federal Tax Service and Smychkovsky?

Perhaps the following information will help answer these questions. Mishustin has a closest friend, a "purse" and a "right hand". This is businessman Alexander Udodov. He also communicates with representatives of the criminal world and is closely acquainted with Smychkovsky.