"The location of the safe filled with $ million was never identified by the FBI." 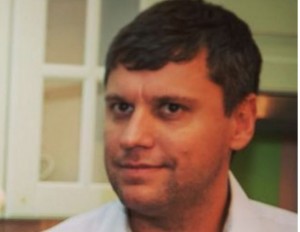 As it became known to the VChK-OGPU telegram channel and Rucriminal.info, the Rostec Concern and the Moscow Information Technology Department refused the services of the M 13 company, which belongs to Vladislav Klyushin, who is under arrest in the United States.

This was stated by the general director of the company, Alexander Badikov. He wrote about the situation in detail in a letter to the American court in the case of his colleague and company founder Vladislav Klyushin, who was arrested in the United States on suspicion of trading insider information. From the letter, dated December 21, it follows that M 13, which developed the Katyusha media monitoring system for the Presidential Administration of Russia, is suffering multimillion-dollar losses after the company's founder was arrested.

“After the arrest of the owner of LLC“ M 13 ”Vladislav Klyushin, the financial condition of the company has deteriorated significantly. Fearing for the stability of the company in the absence of the owner of the company, clients of LLC M 13 using the M13 software of LLC Katyusha, namely: • LLC Concern Radioelectronic Technologies (Contract revenue in 2020 - 1.1 million US dollars, and the Moscow Department of Information Technology (contract revenue in 2020 - 2.15 million US dollars refused to renew contracts next year, ”reads a letter from M 13 CEO Alexander Badikov, which is at the disposal of Rucriminal.info.

The Concern Radioelectronic Technologies Joint Stock Company (KRET) is a part of the State Corporation Rostec. KRET unites more than 70 enterprises engaged in the development and production of radio-electronic products.

In 2020 alone, M 13 signed contracts for 355 million rubles in public procurement. In January last year, the company signed another government contract for monitoring media, instant messengers and social networks for the presidential administration and government.

The letter was written as an attachment to the request of Klyushin's lawyers to change his measure of restraint to house arrest. According to the general director of M 13, the company's losses confirm that it is better for Klyushin to be free. Support letters for the accused were also written by his wife, colleagues and friends.

A meeting of the federal court in Boston to decide on the measure of restraint for Vladislav Klyushin was scheduled for January 3. Then the hearing began by zoom, but the judge suddenly postponed the hearing to January 5 at one o'clock in the afternoon local time. Reason: the defendant's lawyer did not submit documents for representation of interests.

However, the defense of Vladislav Klyushin was as ready as possible for the hearing on January 3: almost two dozen pages of the defendant's lawyer explained why the founder of M 13 should be sent under house arrest for the duration of the investigation. As arguments, the decency of the defendant, many children (two from the current wife and three from the former), the willingness to pay a million-dollar bail, as well as almost a dozen letters with sureties from Klyushin's colleagues, wife and friends are also indicated.

“Respectfully, the defense maintains that there are conditions of release that could reasonably guarantee the attendance of Mr. Klyushin. Mr. Klyushin does not have a passport, and the Russian consulate has confirmed that it will not issue any travel documents to Mr. Klyushin during the consideration of this case, "Vladislav Klyushin's lawyer Maxim Nemtsev wrote to the American court.

In addition, the lawyer cites in detail similar examples from the American court proceedings, when the accused were sent home and suggests doing the same with Klyushin:

“For example, in United States v. Seng, 15-cr-706-VSB (SDNY), the court released a Chinese citizen with no ties to the United States, who could not be extradited from China if he fled, and had enormous wealth (including private jets) provided, inter alia, that he is hiring a private security company to monitor him and ensure that he appears in court. Mr. Seng remained on bail for about two years, did not miss any court appearances, and was even allowed to stay in his apartment after being convicted in court and awaiting sentencing, "said Maksim Nemtsev, lawyer for Vladislav Klyushin. ...

Further, the lawyer of the Russian says that he contacted the firm that guarded the aforementioned Chinese citizen. This is Guidepost Solutions, which also has an office in Boston. The company turned out to be ready to provide Mr. Klyushin with the same round-the-clock monitoring services, of course, at his expense. Lawyer Maxim Nemtsev also noted that Guidepost Solution mainly employs former law enforcement officers who have the training and experience to keep an eye on Klyushin and prevent him from fleeing to Russia. Whether to leave the Russian in custody, or to listen to the arguments of the lawyer and release Vladislav Klyushin for the duration of the investigation, the court must decide on January 5 at 1 pm local time. (9 pm Moscow time ).

Bloomberg: Vladislav Klyushin had access to secret documents of the GRU

Recently, Bloomberg sources reported that Russian businessman Vladislav Klyushin, extradited to the United States from Switzerland, who is accused of earning money from the sale of illegally obtained insider information, had access to secret documents in Russia. In particular, according to the publication, Klyushin had access to the data of the Main Directorate of the General Staff of the Russian Armed Forces. And also to the documents related to the hacking of the servers of the Democratic Party during the US presidential elections in 2016.

The hacking, according to the newspaper, was organized by a GRU-affiliated team called Fancy Bear or APT28. If the documents, to which Russian Vladislav Klyushin has access, are in the hands of the United States, they will for the first time be able to provide the United States with documentary evidence that Russia influenced the 2016 elections, according to Bloomberg sources.

Klyushin's lawyer said that before his arrest, his client refused to cooperate with the US and UK special services. "The FBI considered him a person who could have confidential information or state secrets," said the lawyer.

According to one of the unconfirmed versions discussed in the media, Vladislav Klyushin's rival, Ilya Sachkov, who was arrested in Moscow on suspicion of treason, could allegedly have handed over Vladislav Klyushin to the American authorities.

In particular, the same Bloomberg claimed that it was Ilya Sachkov who allegedly provided the US authorities with information about a group of hackers of the Russian military intelligence GRU, which in the States was called Fancy Bear, and its attempts to "influence the presidential elections" in the United States in 2016.

This is what ultimately allegedly led to US sanctions against senior GRU officials and the indictment of 12 of its alleged employees.

Interestingly, charges in the case of Vladislav Klyushin in the United States were also brought against Ivan Ermakov, Igor Sladkov, Nikolai Rumyantsev and Mikhail Irzak. At the same time, the US authorities consider Ermakov to be a GRU officer who allegedly personally took part in the interference in the US elections in 2016.

"They didn't hide much": Photo of a safe with millions of dollars and correspondence in instant messengers.

According to the FBI, Klyushin and his partners illegally obtained access to the data with the statements of large companies at the moment when the statements had already been submitted to the regulator or the vendor of the regulator, but had not yet been published. They sold the data with this information to their clients - they traded stocks profitably based on Klyushin's data. Brokerage and bank accounts around the world were used to trade stocks.

As evidence, FBI agents cite numerous correspondence between the accused and their partners. In particular, businessmen often discussed the purchase of expensive real estate or sent each other incriminating photos. For example, a photo of a safe with millions of dollars in cash, which Klyushin sent to friends in instant messengers as a boast.

The location of the FBI safe has never been established.

In addition, the FBI claims that Klyushin and his colleagues were engaged in illegal trading in securities from the same IP-addresses from which they carried out their work in "M 13". Here is what the FBI agent, who personally conducted the investigation, writes about it:

“Based on my review of the historical domain records and my review of the records collected during this investigation, I learned that the Google account and Hotmail account associated with RUMIANTCEV are listed under the domain registrant section M-13.112. Based on open source analysis, I know that the second IP address 89 points to canmos [.Jru ("Canmos"), which appears to be a Moscow-based ISP in Russia. <...> I found out that KLYUSHIN, ERMAKOV and RUMYANTSEV used the Second IP-address 89 to access certain resources of the Technological Company in the period from November 2018 to September 2020. RUMIANTSEV did this around November 28, 2018. six days after Second IP 89 was used to access the Namecheap account associated with the Neumann account, ”the FBI official wrote in the indictment.

The FBI agent further notes that the Neumann account was used for illegal access to information on securities.

Do traces of fraud lead to ex-vice president of Rosneft Eduard Khudainatov?

As Rucriminal.info previously wrote, Boris Varshavsky, Alexander Borodaev and Sergey Uryadov appear in the indictment among Klyushin's customers, to whom he sold information about company shares. If you google these names, it turns out that Varshavsky is the ex-minister of industry and natural resources of the Republic of Khakassia, Alexander Borodaev is the former owner of Ore Khakassia, and Sergei Uryadov is the general director of a financial services, investment and audit company - Avilex ( Avilex).

Borodaev and Varshavsky are close business partners with the former vice president of Rosneft, Eduard Khudainatov. Back in 2017, together they created a coal processing company Colestar LLC.

According to lawyers, theoretically, all businessmen, commissioned by the accused Klyushin and his partners, if they are found guilty, can become accomplices in the crime. However, no charges have been brought against Varshavsky or Borodaev yet.

It is also not known whether Varshavsky and Borodaev worked for higher-ranking customers. According to the FBI, Klyushin and his partners have helped businessmen earn tens of millions of dollars.