Revenge of Khotin to FSB colonels 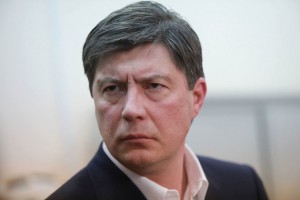 Rucriminal.info it became known why the former owner of the Bank Ugra Alexei Khotin decided to testify to the head of the banking Department Of the FSB of the Russian Federation Kirill Cherkalin and his predecessor Dmitry Frolov. Khotin believes that they framed him and it was their fault that he was in an extremely sad financial situation. Moreover, they "milked" it that this situation didn't worsen yet. Despite this, now Khotin threatens to remain without large assets in the field of real estate and oil. The latter should go to Rosneft, but perhaps this will not happen directly.

Rucriminal.info managed to chat with someone who has long been familiar with Alexei Hominem. According to him, the ex-owner of Ugra had every reason to wish evil to Cherkalin and Frolov. The last two were participants in a cunning combination, as a result of which Khotin "flew" to tens of billions of rubles. For a start, Deputy Chairman of the Central Bank Vasily Pozdyshev brought down on "Ugra" a lot of attacks in the form of checks and regulations. It is worth noting that Pozdyshev has a close relationship with Rosneft, which now claims to the Khotin oil industry. But more on that later. After that, according to the source Rucriminal.info have hotina held a confidential conversation with the first Deputy Chairman of the Central Bank of the Russian Federation Vladimir Talinum. He said that there is one way out of the situation. It is necessary that Hawtin has officially recognized the possession of the "Yugra" (before the Bank were recorded at nominal values). And then Pozdyshev will be left behind, facing Nabiullina will be to report that with the "Yugra" everything is fine, the Bank executes all the instructions, but still, you can expect to gospodderzhku, obtaining accounts of government, etc. in Short, there will be no life, but a fairy tale.

But Hawtin was suspicious right Tulino, so asked for advice to Cherkalin and Frolov. These people have long served as the "roof" of the owner of Ugra, some of the money found in the searches of the colonels 12 billion rubles, came to them from Khotin. Alexei was absolutely sure of them. Cherkalin and Frolov confirmed that in this matter Tulin can be trusted and it is necessary to listen to his advice to keep the "cash cow" called Bank Ugra. As a result, Khotin became one of the official owners of Ugra. Then immediately Pozdyshev resumed attacks on Ugra, which ended with the revocation of the license. Only now Khotin, as the official owner of the Bank, fell under criminal and subsidiary responsibility.

As a result, Khotin had to pay the same people who recommended to recognize the ownership of Yugra (Cherkalin and Frolov) for the Central Bank, DIA, CAO ATC and other law enforcement agencies. To avoid lawsuits and criminal cases.

As a result, for the time being, Khotin avoided trouble. But then there was a criminal case, house arrest, a lawsuit from Alfa-Bank. That look will be followed by a lawsuit for a huge amount under vicarious liability. Therefore, no obligations to remain silent Hawtin was never seen again.

By the way, according to the source Rucriminal.info, now several possible schemes for the withdrawal of Khotin's oil assets in favor of Rosneft are being considered, According to one of them, Alfa-Bank will try to get these assets for debts, and then they will go to Rosneft at exorbitant prices. The owners of the "alpha" have a great experience selling at exorbitant prices of assets of Rosneft in the transaction for the sale of TNK-BP.

Now a bit about the relations with Rosneft, Vasily Pozdyshev, who is situated in a wonderful relationship with the same by Talinum Carolinum and Frolov. At one time Pozdyshev worked for a long time in the companies "EcoLive SA" and "EcoLive LTD", the owners of which were Dmitry Kotenko, Anatoly Goncharov and Alexander Rudik. Pozdyshev became extremely close to Kotenko.

And then Pozdyshev through Kotenko formed a dense bundle with Rosneft. Goncharov and Rudik were also the founders of IK region. In 2011, they sold this investment company to management (it is believed that Kotenko and Pozdyshev began to control it). And at about the same time ,Region acquired the management company portfolio investments from Rosneft. And in 2016, Rosneft gave the far Eastern Bank to the same hands. In addition, the "Region" owns about 12% of the shares of the Bank (Rosneft Bank).

Financial Director of Rosneft Peter Lazarev before his appointment to the oil company was the owner of the companies Energo-Alliance and georesurs. In 2011, the owner of these enterprises became a subsidiary of the investment company "Region". The latter cooperates with Rosneft — since 2012 it controls the pension Fund of the state company.

At the end of 2012 — the beginning of 2013 "Energo-Alliance" and "georesurs" came under the control of "oil and Gas industrial company" (NPK), the only owner of which is still the same Dmitry Kotenko - a friend and business partner Vasily Pozdyshev. NPK in September 2012 was included in the database of potential suppliers of Rosneft. Unit NPK — "CDD-engineering" LLC renders services to the daughter "Rosneft" — "Neftepromlizing".