How the university learned to deceive the Anti-Plagiarism system, 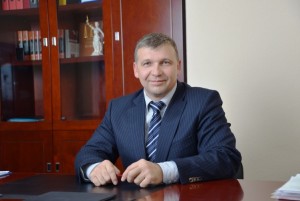 At the Faculty of Law of the Federal State Autonomous Educational Institution of Higher Education “Southern Federal University”, Dean Zinoviev Igor Petrovich created an entire organized group that uses the “roof” both from the side of the First Deputy Head of the Investigation Department of the Investigative Committee of the Russian Federation for the Rostov Region Kovalev S.Yu., and the head of the department of the FSB Russia in the Rostov region Senika A.A. (senior), deputy prosecutor of the Leninsky district of Rostov-on-Don Senik A.A. (junior), Judge of the Rostov Regional Court Senik Zh.Yu. Details - in the material Rucriminal.info.

Zinoviev I.P. occupies an administrative position in a federal state educational institution, being an acting lawyer of the Chamber of Lawyers of the Rostov Region (number in the register of lawyers 61/446), as well as holding a number of senior positions in the Chamber of Lawyers itself, which is a violation of Article 2 of the Federal Law of May 31, 2002 No. 63 -FZ "On advocacy and advocacy of the Russian Federation". Thus, the position of the dean of the faculty is associated not only with scientific and teaching, but also with administrative and managerial activities, which provide for personnel powers, which is incompatible with the status of a lawyer. “At the Faculty of Law there are part-time teachers from among the employees of law enforcement, judicial and other state bodies, on which Zinoviev I.P. exerts pressure as the dean of the faculty in order to resolve issues within the framework of his advocacy,” our source believes.

Zinoviev IP, holding the position of dean, is not engaged in either scientific or educational work, he rarely appears at the dean's workplace, demonstrating that the position of dean is not his main job. At the same time, the administration of the Federal State Autonomous Educational Institution of Higher Education "Southern Federal University" pays him a salary for a fully worked 40 hour working week.

In 2020, thanks to Associate Professor of the Department of Theory and History of State and Law Seregin A.V. the long-term scheme of employees of the Faculty of Law Zinoviev I.P., Ovchinnikov A.I., Kazachanskaya E.A. received disclosure. on the implementation for a monetary reward of the same texts of graduation qualification works to different students who did not independently prepare the WRC for defense for the bachelor's and master's degrees.

In turn, E.A. not related to legal topics, introduced “replaced letters” into the texts of the papers, which have the same spelling in the Russian and English keyboard layouts, because of which the system did not recognize the words, which made it possible to fraudulently obtain the required percentage of originality of graduation papers.

Also, employees of the Department of Criminal Law and Criminology Artemenko N.V. are also involved in the named falsifications. and Shimbareva N.G.

On this fact, the materials were received by the Investigation Department of the Investigative Committee of the Russian Federation for the Rostov Region for a procedural decision.

Conducting a procedural check in violation of the rules of jurisdiction was entrusted to the Investigation Department for the Kirovsky District of Rostov-on-Don, the Investigative Department of the Investigative Committee of Russia for the Rostov Region, despite the fact that the location of the building of the Faculty of Law of the Federal State Autonomous Educational Institution of Higher Education "Southern Federal University" was the territory of the Leninsky District of Rostov -on-Don (Maxim Gorky St., 88).

In accordance with Art. 152 of the Code of Criminal Procedure of the Russian Federation, territorial jurisdiction is determined by the place of commission of an act containing signs of a crime.

According to the results of the primary and additional checks, they were repeatedly issued and subsequently canceled as illegal decisions to refuse to initiate a criminal case.

The reason for the stubborn concealment of the crime is also corruption. So, Arzumanyan Andrey Arsenyevich, is a well-known lawyer in Rostov-on-Don. Such a person was useful to Zinoviev I.P. in the teaching staff.

Zinoviev I.P. constantly “sets tasks” for all heads of departments to bring down and cut off students at the session as much as possible, and even better not to allow them to attend the session at all, so that later they can collect money for paying off academic debts.

For several years now, the dean of the Faculty of Law of the Southern Federal University Zinoviev I.P. a tradition has been introduced so that a student is allowed to take an intermediate exam, the grade for which is set in a record book, only after he “closes” debts for unworked seminars, while number of which he was not present for good reasons. This practice is absent in other universities. Many young professors have already had enough of the need to meet with students overtime and fool them, creating obstacles to admission to the exam, which will subsequently be taken by an assistant professor or professor.

In addition to the fact that "gifts" are received by almost all associate professors and professors who take intermediate exams, including heads of departments. Many students, being not admitted to the midterm exam, or having received an unsatisfactory grade, receive from the Deputy Dean Selivanova E.S. a referral for a retake, they take it to the commandant along with a record book and cash in the amount of 5,000 to 25,000 rubles, depending on the complexity of the exam and the desired grade, and after a while they take the record book with a positive assessment from the commandant. It is not entirely clear where the funds received go: to teachers or immediately to the dean's office. And who makes the marks on passing the intermediate exams: teachers or other persons on their behalf.

Students also understand that the current situation is massively complaining to the rector of the Southern Federal University Shevchenko Inna Konstantinovna. However, the latter is also aware of the activities of Zinoviev I.P., and even if she personally did not receive income from the implementation of final qualification works, she is dependent on the connections of Zinoviev I.P. with law enforcement agencies, which helps her avoid responsibility for other offenses.

The source of Rucriminal.info said that with the knowledge of Shevchenko I.K. for several years, there was a waste of funds allocated for the repair and construction of SFU facilities, the improvement of the Botanical Garden, the construction of a swimming pool, payment for non-existent sports events, etc. These facts were documented by the UEBiPK of the Main Directorate of the Ministry of Internal Affairs of Russia for the Rostov Region, the materials were sent to the bodies of the Investigative Committee of the Russian Federation, where, thanks to the connections of Arzumanyan A.A. and Zinoviev I.P. were safely lost, or decisions were illegally issued on them to refuse to initiate a criminal case.

Moreover, Zinoviev I.P. at present, it is known that a huge number of complaints were received by law enforcement agencies about his corrupt actions, both from students and teachers, because of which he openly threatens with expulsion and dismissal as soon as he finds out who exactly writes to him. Many students, realizing the inevitability of the arrest of Zinoviev I.P. they themselves begin to look for the possibility of transferring to other universities.

It is not clear, only as the head of the Investigative Department of the TFR in the Rostov Region, Huade A.G. could allow hiding such a resonant crime.

Senik A.A. was a graduate student of the Faculty of Law of the Southern Federal University, where the falsification of the candidate's dissertation was also committed on his behalf with the help of Ovchinnikov A.I. and thanks to E.A. Kazachanskaya received a positive final result. Well, since the law enforcement agencies received a sufficient number of signals about this fact, then Senik A.A. while afraid, waiting for the scandal to subside. 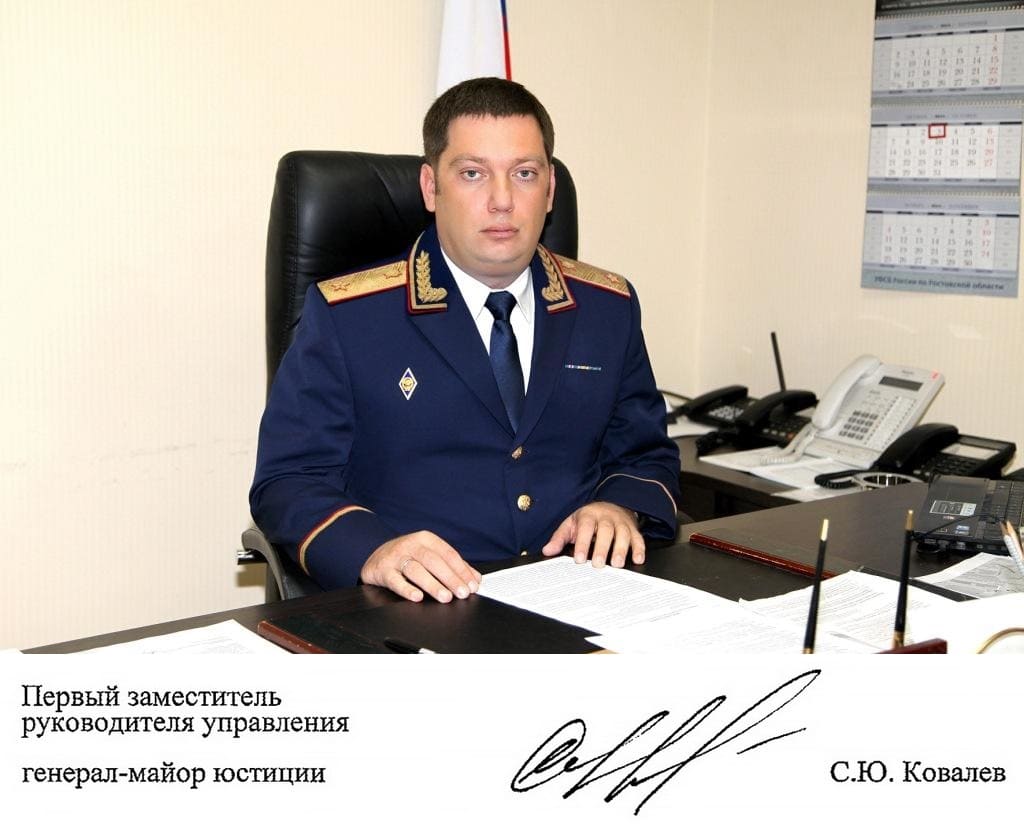 “In general, I would like the specified material to be demanded and studied in the Main Directorate of Procedural Control of the Investigative Committee of Russia (Moscow), - notes the source of Rucriminal.info.

So far, the Investigative Committee of the Investigative Committee of Russia in the Rostov Region for more than a year cannot organize a psychophysiological study using a polygraph for Zinoviev I.P., Kazachanskaya E.A., Ovchinnikov A.I. for the presence in the memory of the latter hidden information about receiving bribes from students for writing graduation papers on their behalf.

Final qualification works of students: Smakhtina P.V., Krivko N.V., Engovatova A. Yu., Kireeva I.A., Mamurzaeva E.E., Grechina S.A., Tyshlangova A.Ya., Senika A.A., Maly F.N. and Frolova R.Yu. have not been seized and author's (linguistic) examinations have not been carried out on them to identify a homogeneous borrowed text in them.

In addition, questions about the involvement in the commission of the crime of the rector of the Federal State Autonomous Educational Institution of Higher Education "SFedU" I.K. Shevchenko, as well as the possible transfer of a bribe by I.P. Zinoviev, remained unanswered. To the First Deputy Head of the Investigation Department of the Investigative Committee of Russia for the Rostov Region, Kovalev S.Yu. through an intermediary Arzumanyan A.A. And what prevented the Central Office of the Investigative Committee of Russia and the FSB of Russia from organizing a psychophysiological study using a polygraph for the indicated defendants? At the same time, you can ask Kovalev-Shuster about foreign real estate and dual (triple?) citizenship under a polygraph ...