"Luzhkov read the interview and was indignant" 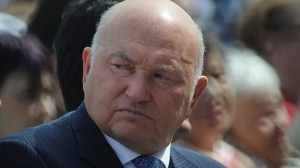 In Moscow last week, the funeral of the ex-mayor of Moscow, Yuri Luzhkov, was held. He died on December 10 at the age of 83 in one of the departments of the Grosshadern clinic in Munich after a heart operation. Farewell to Luzhkov took place in the Cathedral of Christ the Savior. The ceremony was attended by a number of prominent figures, as well as musicians and politicians. Among them, Russian President Vladimir Putin, the current mayor of Moscow, Sergei Sobyanin.

Luzhkov was buried in Moscow at the Novodevichy cemetery.

Relatives of the ex-mayor of Moscow, Yuri Luzhkov, decided not to open the coffin with his body during the funeral. “Those close to him wanted him to remain an active, energetic person in the memory of people,” family representatives explained.

Luzhkov at one time was indeed an extremely active player in the political arena of all of Russia. And an equally active participant in the political and oligarchic warrior of the 90s. Fragments of Luzhkov’s life of those times and conspiracies against him can be found in the archive of wiretaps by Boris Berezovsky, which Rucriminal.info publishes every weekend. Today’s entries feature people who are no longer alive. On the first “film”, Berezovsky and Sergey Dorenko are discussing the preparation of stories for the next broadcast of the latter. Dorenko on the go-ahead of the oligarch just actively "wet" Luzhkov. In particular, during this conversation, Dorenko tells Berezovsky that an article was published in the Spanish newspaper El País on October 23 that the city hall of Marbella owed the last 141 million pesetas or 1.2 million dollars under the agreement on cooperation with the Moscow city hall. Without such funds, the mayor's office of the Spanish town allocated three plots of land, which were registered for Yuri Luzhkov and Zurab Tsereteli, as a debt.

Now journalists can write about foreign apartments and castles of officials, state bankers, their private planes, lovers spending billions, and there will be no reaction in the Kremlin either. Everyone has long been accustomed to the riches of civil servants and their desire to arrange the lives of loved ones abroad. And at the publication, at best, say that all this is the machinations of the "evil West". At the same time (and we are talking about 1996), which is now very much criticized, such information was a real “information bomb”. They were able to undermine the career of an official, politician, weaken the confidence of the population in him, which will affect the election results. It is not surprising that the oligarch immediately “grabs” the data voiced by Dorenko.

“The land has long been allocated,” Berezovsky takes the “bull by the horns.”

"July 17th. That is, in the summer of this year, 1996, there was a letter that they could not pay. And the agreement between the city halls was signed on June 24, 1995. During this time, such an amount has accumulated. And this summer, for a long time, they rewrote the land on individuals, ”explains Dorenko.

“Is there evidence of individuals for the allocation of plots?”, Berezovsky continues to find out.

"I do not know. One column article. It is called “Gil (this is their mayor’s name) pays the debt to the mayor of Moscow with plots in Marbella,” the journalist reads.

Berezovsky is clearly pleased with the new compromising evidence: “Thank you so much, Sergey. Until we give it. ”

Rucriminal.info also leads a conversation between Berezovsky (B) and singer, businessman and State Duma deputy Joseph Kobzon (K). On the record, Berezovsky sends Kobzon gratitude from his daughter Katya and asks what was meant in the conversation with Yuri Luzhkov, what 10 million and what real estate. Discuss business projects related to land and real estate in Moscow. They also recall the unkind word of Shabtai Kalmanovich.

K .: You learn how Katya

B .: I just called her, she just thanked her terribly and asked me to convey my deep gratitude to Ninele. Just at its best.

K .: Everything is at its best, right?

B .: Yes, I really liked it and well, I just really appreciate you.

B .: So this is the thing. Still incomprehensible. Tell me, do you understand? What has been said about thousands of real estate to be taken away, 6.5 is.

K .: I understand, because I was present during their conversation on the speakerphone.

B .: Because he told me, Yuri Mikhailovich, at our meeting. He told me - you know, that there would be no talk about real estate ...

K .: Well, he remains in his opinion.

B .: And now Badri said that there would be a thousand ... property for a thousand should have been selected.

K .: For the first thousand

B .: That's the whole point. And Yuri Mikhailovich said - seven and a half thousand will be paid ...

B .: Quickly, here you understand what’s the matter, I’ll tell you how I understand the problem. Here is real estate, this is a problem for anything. Well then remember, Yuri Mikhailovich, the main objection to real estate. He said - we do not have a criterion in determining its value, and this issue will now stand for a year. Ale!

B .: And in general, I think that will be the case.

B .: (interrupts) You understand what it is like to find real estate that suits you and that they agree on a price with these ... When in general, of course ...

B .: Well ... great! (inaudible) the question arises that real estate is again needed.

B .: Well, real estate can find a cool solution for a thousand cars. Cool solution, you know which one?

K .: This is necessary, firstly, with this, with Soso to talk about what he means. Because I scared Badri, said that he said that he was financing.

K .: Then he began to explain to him what he was saying, the contract, he said, due to the fact that the property was tied up there, he said that it was drawn up incorrectly. We just remake it, he says. But there was no talk of any demonstration.

B .: This is understandable. Okay. Good. You see, here are some options for real estate. We have, for example, rent, for land. So?

B .: You can simply, as if in payment of this rent, so as not to suffer with the selection of real estate. Those. there is the simplest solution that may be here.

B .: Do you understand? And finish on this.

B .: Exactly! Remember, we took on Arbat, bought land.

B .: There is also (inaudible) the same company. Paid for 49 years in advance, received cars today, and no one will pickle about this. Reasonable?

K .: Well, Boris, I’m flying early in the morning to the north.

K .: And I’m unlikely to intercept him today.

B .: It suffers until Monday, and on Monday I will too, we can phone it ourselves, in general, we have agreed before that. This is the first question. The second - Joseph Davidovich, did he manage to give this letter away?

B .: What do you think the reaction

B .: I understood everything, good.

B .: Joseph Davidovich. Thank you so much. Sorry, but who is Morozov?

B .: Ah, I understood everything. Good, Joseph Davidovich.

B .: Well, are you leaving today, or tomorrow?

B .: Tomorrow morning, and when will you be back?

B .: Well, as soon as (inaudible), if not difficult, dial my phone number.

B .: Well, this friend, (name is inaudible), he still called Yuri Mikhailovich, that time.

B .: Do you remember when giving an interview ...

B .: I think Shabtah is far from him. Like this. So, such things, Joseph Davidovich.