"The best investigator" turned out to be a sadist

"I strangled and beat my head on the floor" 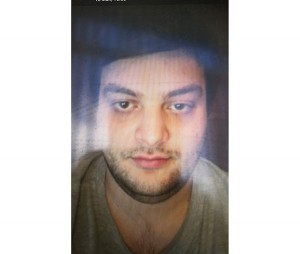 General Konstantin Pirtskhalava lost all his posts at once when the FSB of the Russian Federation learned that he was trying to “order” the murder of another General Sergei Derevyanko and ex-Senator Mikhail Kapuru through Georgian “authorities”. According to the telegram channel VChK-OGPU, the head of Rostec, Sergei Chemezov, personally ordered the removal of Pirtskhalava from all positions in Rosoboronexport (Rostec's daughter). And his friend and longtime sponsor Shalva Chigirinsky did not even stand up for Pirtskhalava. It was Pirtskhalava who was Chigirinsky's law enforcement "roof" for a long time and helped him solve problems through the Ministry of Internal Affairs of the Russian Federation. The source connects with the activities of Pirtskhalava the Chigirinsky, closed in his large case of tax evasion, because of which he temporarily flew out of Russia. A gift from Chigirinsky is two palaces of General Pirtskhalava, located in the village of Razdory, Odintsovo district (houses 9 and 14). Initially, they were recorded directly to Chigirinsky, and then were rewritten to the wife of Konstantin Pirtskhalava Mordvinova and her mother. Pirtskhalava was assigned to Rosoboronexport from the Ministry of Internal Affairs of the Russian Federation and returned to the disposal of the ministries. But the head of the Ministry of Internal Affairs of the Russian Federation, Vladimir Kolokoltsev, immediately signed an order to terminate the contract with Pirtskhalava and to dismiss him from the authorities. And Konstantin Pirtskhalava decided to kill Derevianko and Kapura due to the fact that his 150-kilogram son Alexei loved to scoff and beat his wife Ekaterina - Derevyanko's daughter. Derevianko and his friend Kapoor stood up for the girl, helped her get away from the tyrant, and then took the small child. In addition, Alexey Pirtskhalava was expelled from the TFR in disgrace. His father decided to take revenge on the offenders. Now he himself has become a handshake. The once influential fixer general, together with his son, is now content with earnings from the lease of several premises in Moscow City and from the car wash located there. All this at one time Pirtskhalava gave for the services of Shalva Chigirinsky.

At the disposal of Rucriminal.info were the materials of the criminal case against Pirtskhalava Jr. It follows from them that at work Pirtskhalava Jr. was positive, even received the "Best Investigator" mark. And at home he turned into a cruel, pathological sadist. 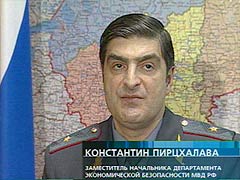 “ESTABLISHED: Alexey Konstantinovich Pirtskhalava committed causing physical and mental suffering by systematic beatings and other violent actions, if this did not entail the consequences specified in 111 and 112 of the Criminal Code of the Russian Federation, committed against a person, knowingly for the guilty who is in a different dependence on the guilty, if the following circumstances.

“Pirtskhalava Alexey Konstantinovich, being an investigator for especially important cases of the Northern Investigation Department for Transport of the Moscow Interregional Investigation Department for Transport of the Investigative Committee of Russia, was in a marriage relationship with Pirtskhalava E.S. (nee Derevyanko), living with her and her young son Pirtskhalava K.A., 21.11 .... year of birth, at the address: Moscow region, Odintsovsky district, village Razdory, PZhK "Rassvet", 14, realizing that the latter is in moral dependence, limiting her ability to withstand torture associated with the ability to live with her son, from 28.08. 2019 to 26.10.2019 beat her, committed violent acts that caused physical and mental suffering. So, on 28.08.2019, in the period from 21:00 to 22:00, A.K. Pirtskhalava, while intoxicated in the passenger compartment of a Mercedes-Benz S400 MA, state registration plate K 989 AT 99 , on the way of the car from the center of Moscow along Kutuzovsky Prospekt to the Moscow Region, out of personal hostility, in order to cause physical and mental suffering, E.S. Pirtskhalava began to break out the last left hand to take away the mobile phone, while breaking the bracelet than caused physical pain, then carried out a seizure by the neck of Pirtskhalava E.S. and, forcibly tilting his head to the dividing armrest between the car seats, holding it with his left hand, he pressed his neck with the elbow of his right hand, strangling her. Further, holding Pirtskhalava E.S. behind the neck with his right hand, inflicted at least three blows on her from the back with the fists of his left right hands to the left lateral region of the back. Then, holding her by the neck, jerked the latter's head off the armrest, and pushed at least twice, from which she hit her head on the car pillar, experiencing physical pain and mental suffering, that is, feelings and emotions in the form of negative experiences that arose under the influence physical violence that traumatizes her psyche. After that, when Pirikhalava E.S. tried to get out of the car, Pirikhalava A.K., holding her by the neck with his right hand, struck her from the back with fists of his left and right hands at least three blows to the left lateral region of the chest and the region of the left forearm. By his violent actions, Pirikhalava A.K. caused Pirikhalava E.S. at least 21 traumatic effects on various parts of the body: a bruise located on the right lateral surface of the neck in the area of ​​the lower jaw angle, multiple bruises (at least six) in the upper and lower third of the right shoulder and upper and middle third of the right forearm, six bruises on the back in the left scapular and subscapularis, in the area the left shoulder joint and many (at least 8) in the chest area on the left and on the left shoulder. These damages are evaluated in aggregate according to the criterion of a single mechanism of formation - the impact of blunt solid objects with a limited contact surface of impact, which do not have signs that are life-threatening ... .. Further, on 11.10.2019, in the period from 22 hours 00 minutes to 23 hours 00 minutes, Pirtskhalava A.K., being in the house at the address: Moscow region, Odintsovo district, village Razdory-2, PZhK "Rassvet", 14, on the basis of personal hostility in order to cause physical and mental suffering Pirtskhalava E.S. .., used violence against her: he took her by the soft tissues of her right shoulder, squeezing them strongly with his fingers, and pushed her, from which she hit her head and back against the wall.

Then, pulling the mobile phone out of her hand, he squeezed the wrist of her left hand with his hand and began to twist it, causing physical pain, from which the latter fell to her knees. Then Pirtskhalava A.K., taking Pirtskhalava E.C. with both hands, while strongly squeezing the right hand, pushed her onto the bed, from which the latter hit her left hip against the side of the bed, and the parietal part of her head against the wooden base of the headboard. At attempts of Pirtskhalava E.S. get out of bed Pirtskhalava A.K. at least three times, he took her legs with his hands, pulled her out of bed, then threw her back onto the bed, causing physical pain and mental suffering, that is, feelings and emotions in the form of negative experiences that arose under the influence of physical violence that traumatized the psyche. Further, suppressing the attempt of Pirtskhalava E.S. make a call by mobile phone, Pirtskhalava A.K. forcefully squeezed with his right hand the left hand of Pirtskhalava Y.S., twisted it, then, hitting the thigh of her left leg with his right leg, he abruptly knelt down, and wrapping his hand behind her back, hit her head on the floor. By his violent actions Pirtskhalava A.K. caused Pirtskhalava E.S. at least 7 traumatic effects on various parts of the body…. ”.

This is just a small list of severe beatings committed by Alexei Pirtskhalava against his wife.