In mid-March, the Tverskoy Court of Moscow began sentencing the first defendants in the case of the so-called "Moldovan scheme" for the illegal withdrawal of funds from the Russian Federation. Bankers involved in the withdrawal of tens of billions of dollars abroad were sentenced to imprisonment for terms ranging from 9 to 12 years. 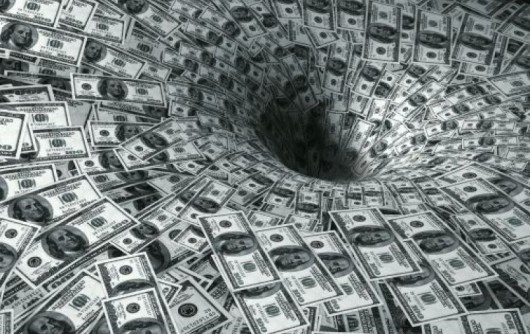 Meanwhile, as it became known to Rucriminal.info, at about the same time in Russia there was another large-scale scheme for the illegal withdrawal of billions of dollars abroad. And its creators were large Turkish entrepreneurs who worked in Russia in the construction business.

However, the Turkish authors of the "Laundromat" were much more fortunate than their Moldovan counterparts: they are all at large, and the investigators of the Internal Affairs Directorate of the CJSC of Moscow, who are handling this case, seem to have no desire to look for active Turkish "financiers". Instead of organizers of a business to withdraw currency abroad, it is easier to attract Russian citizens - ordinary employees of companies who “were near”, and therefore should bear criminal responsibility for the actions of their Turkish “bosses”.

However, first things first. In May 2020, several criminal cases were initiated at the Department of Internal Affairs of ZAO in Moscow under Part 3 of Art. 193.1. - "Performing currency transactions to transfer funds in foreign currency or the currency of the Russian Federation to the accounts of non-residents using forged documents, committed on an especially large scale by a group of persons."

Judging by the fact of the initiation of criminal cases, the law enforcement officers had every reason to believe that the illegal withdrawal of funds was carried out through LLC Ozersnab, LLC Emastroy, LLC Tempo. These companies were run by Turkish citizens working in Moscow: Yasynu Ozboyaci, Ibrahim Parlak, Murat Erinay, Erdal Tokmkachi and other foreign citizens who controlled all commercial and financial matters.

The business community of Turkish builders in Moscow is a very narrow circle, therefore “our” companies successfully traded in building materials and served reputable Turkish construction companies operating in Russia.

As sources told Rucriminal.info, investigators suspected that companies controlled by Turkish businessmen accumulated funds belonging to unknown customers on Russian accounts, converted them and, under the pretext of fictitious foreign economic transactions, sent the currency to their own companies in the territory of the Republic of Turkey, for example, “ Ekim Uluslararasi Tekstil ". At the same time, the companies "Ozersnab", "Emastroy", "Tempo" also carried out real trade and procurement activities, in connection with which it was quite problematic to identify the crime. In some cases, the products actually paid for by customers were delivered to the Russian Federation, and in some cases, the currency was waiting for Russian customers in Turkish banks. None of the customer-customers of "our" companies to date have not filed claims for non-performance of contracts, although we are talking about millions of dollars. Apparently, they are not going to present it.

As you know, this kind of "currency-withdrawal machine" operations are in demand by many entrepreneurs and commercial structures. The scale of the "Laundromat" in Russia has been impressive over the past few years, only one company, OOO Tempo, has withdrawn over 1.6 billion US dollars from Russian current accounts to accounts in Turkish banks in two years. No money, but you hold on ...

As is usually the case, the audit of the activities of Turkish entrepreneurs got off to a good start. In February 2018, tax officers and operatives of the CJSC Department of Internal Affairs raided the office of Tempo LLC with a search. Documents, computer hard drives, accounting records were seized, warehouses, Turkish beneficiaries and company employees were installed.

But then amazing things began. According to numerous testimonies of former employees of Ozersnab LLC, Emastroy and other companies, for two years, from February 2018 to autumn 2020, their Turkish leaders were calmly in Russia, they were not afraid of anything or anyone and ... they were actively solving their business questions. Criminal cases on the facts of illegal currency transactions in LLC Ozersnab and Emastroy were initiated and “safely” suspended.

The clouds over the heads of Turkish citizens thickened only once, in early 2020, when a Turkish citizen, Parlak Ibrahim (one of the owners of the listed Turkish LLCs), was detained at one of the airports in Moscow. He was taken to the police and then released without charge ...

Finally, on May 29, 2020, an investigation into illegal currency transactions at Tempo LLC began. However, the investigation was difficult for three months, quarantine and translation difficulties interfered. By the time the investigation decided to bring charges, it turned out that the entire friendly team of Turkish businessmen who were the organizers of the crime had left Russia at the end of summer 2020.

Only one accountant Dasha Shenol was seen in the corridors of the building of the Internal Affairs Directorate of the CJSC in Moscow in September 2020 years old. To be absolutely precise, on September 9, 2020, when, after a search in the apartment, Vasily Alkova, a former office manager and translator at Ozersnab LLC, as well as the nominal director of Tempo LLC, Anastasia Medvedeva, was brought there for interrogation.

However, for Dash Shenol, everything ended well - according to available information, he has been in his homeland for a long time, in the materials of the criminal case he does not pass as an accused.

Instead of themselves, the Turks left a certain Moldavian citizen Alexander Dagutsa to take the rap, who was actually their confidant on the Russian side, kept the seals of the companies, was the nominal owner of the truck fleet.

Remembered the investigation about Ibrahim Parlak, Murat Erinay, but threw up his hands, they say, now we will search and catch. How did it happen, the case is a group of persons, and there is only one accused? Without Turkish subjects, the number of accused has decreased significantly - no order!

They remembered the manager-translator Vasily Alkov, they say, she should have been exactly in the know about all the events - a good candidate for the accused. It is a pity that she did not work at Tempo LLC, but it doesn’t matter, we will figure it out later.

Vasilya Alkova, a mother of many children, categorically disagrees with this approach of the investigation, claims of her conscientious work until 2017 in companies managed by Turkish beneficiaries and complete innocence in any financial transactions and currency frauds, in which only Turkish business owners could be the beneficiaries ...

The casus of the situation is that since 2017, the total volume of transactions in the currency of Tempo LLC under contracts amounted to more than $ 1.6 billion, however, according to the investigation, only 1.5% of foreign exchange funds were illegally withdrawn abroad, that is, without a counter delivery of goods to the Russian Federation. It is for this 1.5% that they are trying to bring to justice the hired workers of Russian companies controlled by the fugitive Turkish businessmen. There is such a sad expression in professional slang - "appoint the guilty."

There are many questions in the case. For example, why is the investigation unwilling to deal with the gross violation of the procedure for maintaining the Banking Control Sheets according to the passports of foreign trade transactions of Tempo LLC? Who are the millionaires who used the services of the "Laundromat" and brought the currency abroad? - No answer.

In general, the guilty parties have been “appointed” for the report, and the investigation is not very interested in the large-scale work of the authors of the Turkish “Laundromat” and its Russian customers.

I don’t remember what a loud scandal was connected with the Department of Internal Affairs of ZAO Moscow in recent years, but there was definitely something! 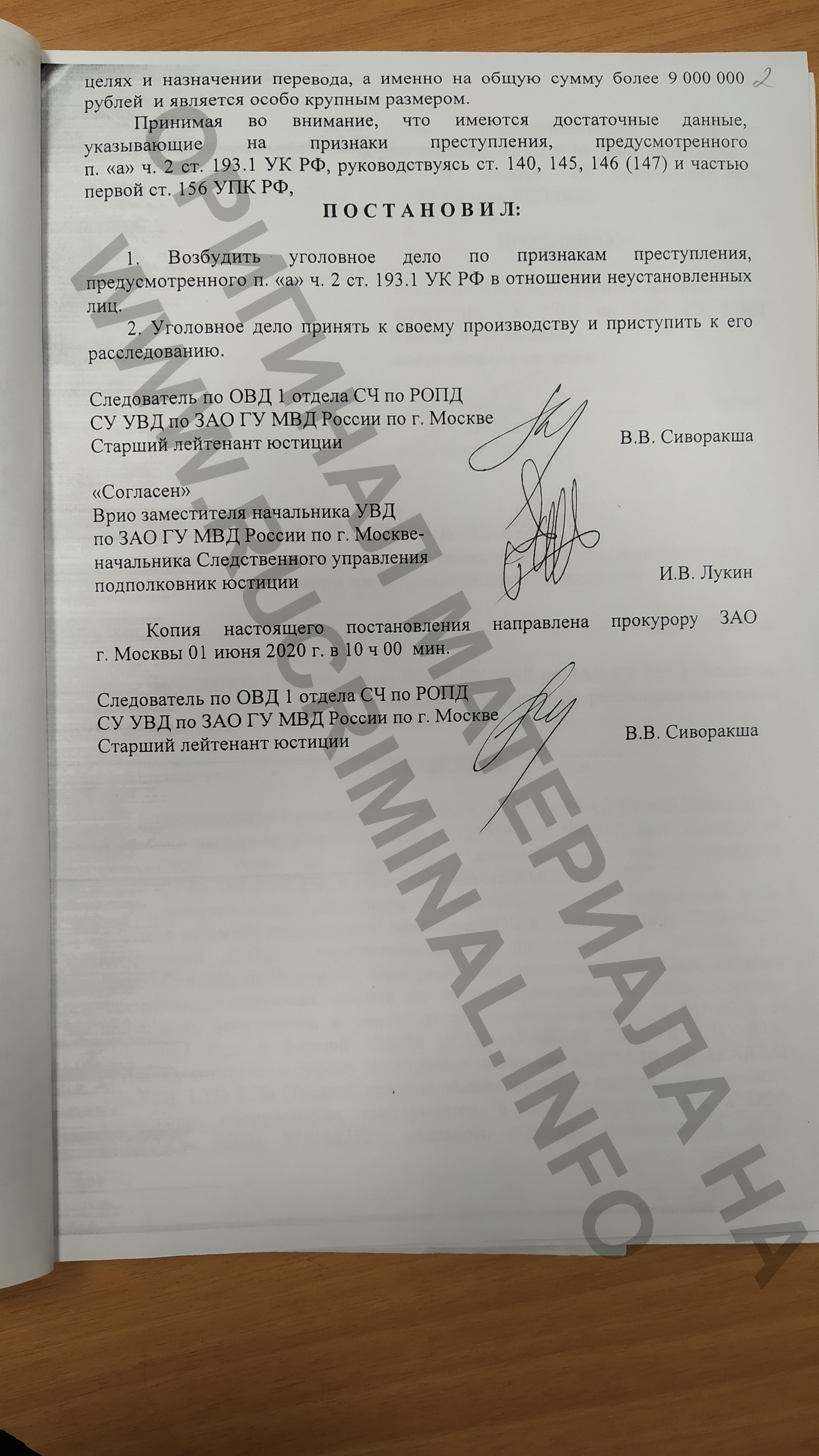