Who is behind the main Russian startup Brandquad

Anatoly Mitroshin: illegal wiretapping, the Gutseriev family, stolen money from the Party of... 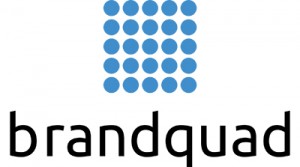 Russian startup Brandquad attracted investments in the amount of 187.5 million rubles from an angel investor. Investments will be used to enter the markets of the Middle East and the United States. In particular, business contacts in the UAE have been expanded through the passage of the Dubai-based accelerator Chalhoub Group, the largest retailer in the UAE. Brandquad's cloud-based platform allows manufacturers and retailers to store and supplement product data by automatically translating them in the right format to sales channels. Forbes managed to find out that Anatoly Mitroshin was the main investor of Brandquad. In 2004, he founded the Colmar coal mining company, and in 2017 he left it by selling his stake to Sergei Tsivilev. Rucriminal.info conducted its own investigation of the identity of the main investor Brandquad

According to a source from Rucriminal.info in the special services, in early 2009, officers of the 17th Directorate of the Federal Security Service of the Russian Federation reported that the officers of the Moscow police department who were engaged in illegal wiretapping had a rather large and regular client - Dmitry Bragin. After several interrogations, the businessman disappeared and in February 2009 he was put on the federal wanted list. A decision was made to attract Bragin as an accused under articles of the Criminal Code of the Russian Federation 291 (bribery) and 138 of the Criminal Code (violation of secrecy of correspondence, telephone conversations, mail, telegraph or other messages). It was possible to detain Bragin, a preventive measure in the form of a recognizance not to leave was chosen against him. According to the FSB, the head of the Realteks group of companies asked security officials to listen to the phones of people who were personally interested in him and his business partners. “Among the objects listened, there were also well-known entrepreneurs in the country,” said a source at Rucriminal.info. ” It is worth noting that the head of Realtex himself is a completely inconspicuous person in the Russian business community. Far more famous in this environment is his business partner, former coal tycoon Anatoly Mitroshin.

Former Komsomol leader Anatoly Mitroshin took up entrepreneurial activity in the early 90s with mediation in the sale of food. Then the businessman, along with his friend Dmitry Bragin, switched to the construction of stalls in the capital. However, all his projects did not bring any serious dividends. As a result, in 1995, he, as a consultant, got a job in the Ingush company Region-Holding Ltd. This structure was engaged in the resale of oil produced by the "daughters" of the Russian-Belarusian company Slavneft, which at that time was already closely associated with the oligarch from Ingushetia Mikhail Gutseriev (in 2000 he became president of Slavneft). The real proceeds from the sale of “black gold” were carefully hidden and hidden in the accounts of various offshore companies. For these purposes, Region-Holding used the Acropol Bank, created in 1994, for the cooperation with which Mitroshin was responsible. While working in the oil business, he became friends with one of the top managers of Region-Holding Akhmet Palankoev. In addition to the growing flow of fuel pumped through the Region-Holding, the load on the Acropolis increased. As a result, Mitroshin and Palankoev were sent to the bank to monitor the movement of oil money, and both of them in 1998 took up positions of advisers to the head of the Acropolis. “Mitroshin at that time was an ordinary hired manager, trying to get rich in every possible way,” said the Rucriminal.info interlocutor, who knew Mitroshin at that time. others, like Mitroshin himself, have been forgotten. He had habits, like many wealthy managers of that time: he liked to have a good walk with a drink, with girls. ” Because of this addiction, the businessman in 1994 found himself in a very unpleasant situation. The traffic police officer stopped a foreign car, the wheel of which turned out to be a very drunk Mitroshin. It did not work out and he was deprived of his rights for 12 months. Mitroshin’s close friend and business partner, Leonid Lozhechko, turned out to be much more prudent in such cases. For many years he has been using the certificate of a non-staff member of the traffic police, however, at one point, he was almost stuck because of this in an unpleasant story. Once the Department of Internal Security of the Ministry of Internal Affairs of the Russian Federation conducted an audit on the case of trade in such crusts and the name of the businessman surfaced in the materials of the special officers. “Lozhechko Leonid Borisovich bought a certificate of a non-staff member of the traffic police in the period from 02/06/2002 to 12/31/2002,” the DSB statement says.

Working at the Acropolis, Mitroshin became close friends with businessmen Yevgeny Martynov and Vladimir Gorbanovsky, and this acquaintance became a landmark in the career of an ordinary manager. Martynov and Gorbanovsky are people of the old party training, who have long been the closest confidants of Pavel Pavlovich Borodin. In 1997, the Kremlin decided to implement a project to create a "Party of Pensioners" (according to the authors' plan, it was to "pull back" the protest electorate from the Communist Party), and its implementation was entrusted to Pavel Borodin, the then managing director of the president. Pal Palych, of course, entrusted Martynov and Gorbanovsky with the solution to all the party’s financial problems, taking into account his interests. At the expense of budgetary money and funds from businessmen assigned by the Kremlin for this project, the treasury of the Party of Pensioners was constantly replenished. Part of this money went to offshore through the Acropolis Bank. In 1998, Martynov and Gorbanovsky offered Mitroshin "wisely" to dispose of $ 20 million borrowed from the party. It is clear, at the same time, it was necessary to observe both their interests and the interests of Pal Palych. As a result, the manager bought the Acropolis bank from the previous owners. Also, his new co-owners were Palankoev and brothers Sergey and Mikhail Lepeshkiny. The Lepeshkins had previously been part of the bank’s management team, where they were responsible for all work with non-residents - the very offshore companies where the oil and “pension” money went. For the remaining amount, Mitroshin, on the advice of senior friends, created the Belazkomplekt company, which was run by his friend Leonid Lozhechko, who put his “do not spill water” company.