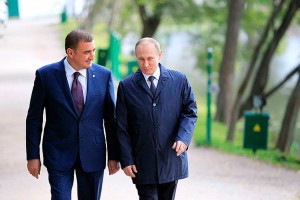 Analyzing a series of continuously generated rumors about the triumphant return of the Tula Governor Alexei Dyumin to the federal level, it should be borne in mind that in many places where he is being wooed, this appointment will not be particularly welcome.

In particular, this applies to the main special service of the country - the Federal Security Service. Sources of the telegram channel VChK-OGPU and rucriminal.info, claim that Lubyanka has been watching Dyumin for a long time and doing everything possible so that the former adjutant of the Russian president becomes at least the head of any other federal department. Well, as a maximum, it's as God willing.

It is no secret that in the Yaroslavl region it was the regional department of the FSB that was the main collector of dirt on the team of ex-governor Dmitry Mironov and worked very actively on the team of officials brought by Mironov from the Moscow region.

In the Tula region, the situation was different.

Alexey Dyumin did not change the backbone of the regional management team formed by the former governor Vladimir Gruzdev. Therefore, taking into account the fact that the FSB for the Tula region was able in the previous period either to "make friends" or to put under control the main authors and executors of the schemes for cutting the regional and municipal budgets, it was not only economically unreasonable to detain one of them for corruption, but and politically unpromising. Since it would be very problematic to tie them to Dyumin. 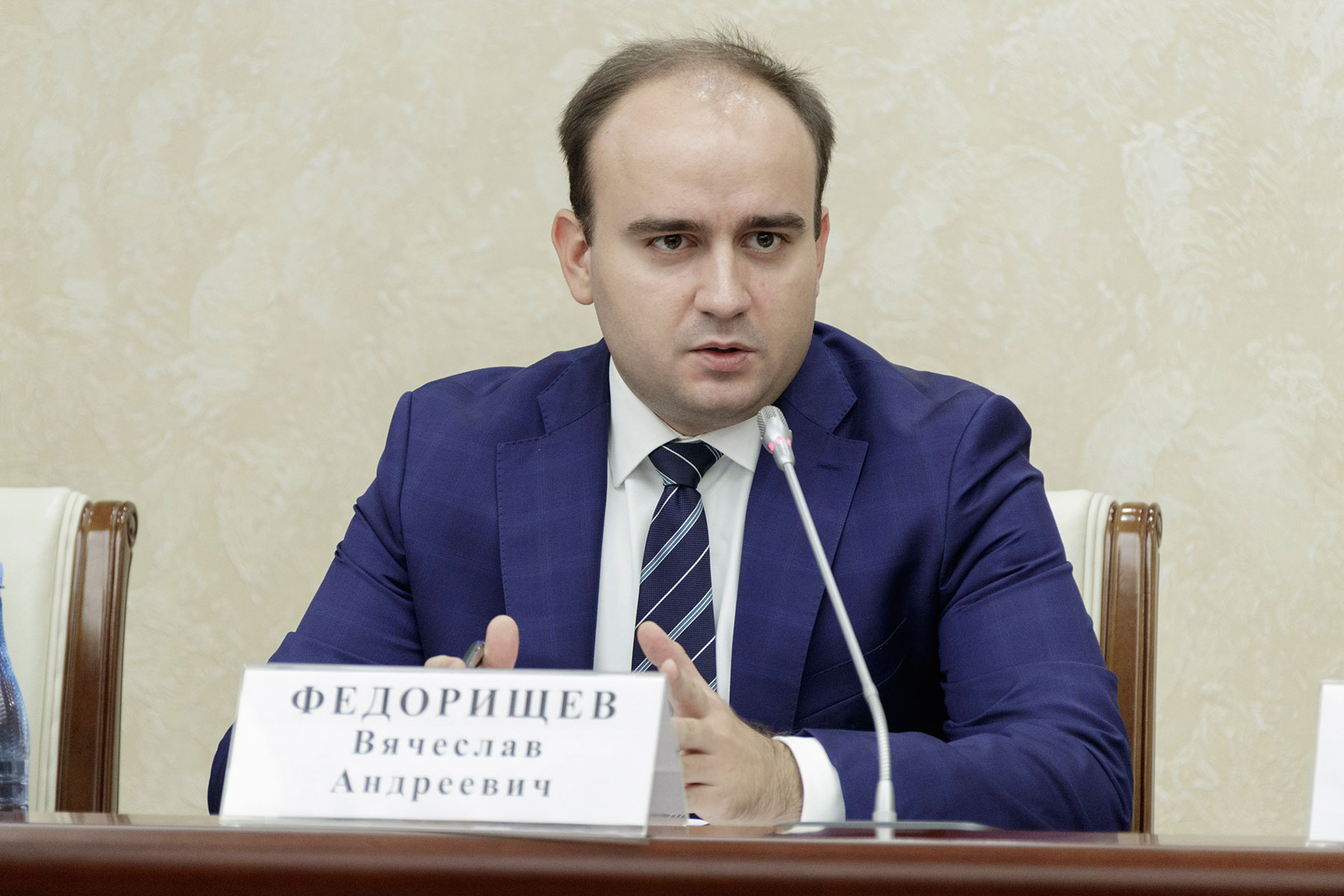 So, it was Vyacheslav Fedorishchev who was able to substantiate both before the governor and before the relevant ministry, the need for the resignation of the rector of Tula State University Mikhail Gryazev, who was mired in various rollback schemes.

This long-term lawlessness, by a strange coincidence, despite the extensive evidence base, for a long time could not be exposed by officers of the local police department and the FSB. And only after Fedorishchev's report that the world-class scientific and educational center "TulaTECH", created in Tula on the initiative of Dyumin, cannot in any way be entrusted to the leadership of Gryazev, the rector of Tula State University, for formal reasons, suddenly could not apply for his new re-election.

In addition, Fedorishchev has a protracted conflict with the main regional schematist and concurrently with the chairman of the regional government Valery Sherin.

Currently, Sherin has completely crushed the entire regional construction industry and the right to provide land for development. However, with this he earned the latent hatred of Sherin and his loyal squires - the Minister of Property and Land Relations Mikhail Panteleev and the Minister of Natural Resources and Environment Yuri Panfilov, who have long-standing mutually beneficial relations with the state security officials.

According to the available information, the Chekists are still trying to find at least some kind of computer on Fedorishchev.

According to a Rucriminal.info source, thanks to his connections in the regional FSB, Yuri Panfilov is for the second time excuses his brother from a criminal case on fraud with land plots in the territory of the former Leninsky district, annexed to the city of Tula.

Deputy Governor Sergei Yegorov was able to take the whole road industry out of the control of the then Prime Minister Andrianov and the businessmen Gusev and Kitanin associated with him. This happened after the scandal, when, with the active support of Andrianov, Gusev and Kitanin tried to sell the asphalt plant they owned to regional ownership at the price of 4 new ones.

The Cheka-OGPU reported that immediately after his arrival in the regional government, the current Minister of Transport and Roads of the Tula Region Roman Dudnik, who was close to Governor Dyumin, with whom Yuri Andrianov had a serious conflict over the change of contractors for road repairs, came under wiretapping "regional FSB. The main operators of road construction under Gruzdev were Yuri Andrianov's favorites - businessmen Sergei Kitanin and Igor Gusev.

As mentioned above, the regional FSB was faced with a dilemma, almost all of the schemes for the use of budget funds remaining from the former governor were to one degree or another under the control of the KGB. The few officials who came with Dyumin did not get involved in crime. Yes, and join the open The confrontation with the governor, who had direct access to the president, for all the "frostbite" of certain employees of the department, was scary.

But with the support of the FSB, on the instructions of ex-chairman of the government Yuri Andrianov and ex-deputy governor and former deputy head of the Tula FSB, Alexander Sorokin, under frankly far-fetched pretexts, there was a fairly cleansed personnel bench of local administrative personnel loyal to Dyumin. Some of them Andrianov considered his competitors, with someone he simply settled scores for justified criticism in the eyes of Governor Alexei Dyumin.

It is worth noting that at that time the head of the FSB Directorate for the Tula Region was Alexey Zinoviev, who had serious support in the Control Service of the FSB of Russia. His immediate superior in the central office of the FSB of the Russian Federation was the former head of the FSB for the Tula region, Viktor Bakutkin, who still does not lose ties with the Tula region. Zinoviev and Bakutkin belonged to the Lubyanka tower, which was not at all eager for Aleksey Dyumin to continue his further career in the country's main special service.

In addition to supervising the non-budgetary financial flows of management, the deputy head of the FSB Yevgeny Biryukov was entrusted with the task of secretly collecting information about the work of people from Dyumin's team and a report on all found interested parties in the central office of the FSB.

Evgeny Biryukov was also a creature of Viktor Bakutkin. It was the head of the FSB department, Biryukov, who was the main driving force behind a very strange criminal case against the governor of the Tula region, Vyacheslav Dudka. Dudka's conviction gave a serious impetus to Viktor Bakutkin's career in the FSB of Russia.

Taking into account the fact that the consequences of exposure of such activities could be fatal for its organizers, this activity was carried out under the auspices of the management's own security group under the leadership of Vladimir Gushchin, completely loyal to Biryukov.

After Biryukov's retirement, Gushchin became the main gray cardinal of the department, having received direct access to high-ranking officials of the central apparatus of the special service. In terms of his lobbying capabilities, Vladimir Gushchin significantly exceeded the potential of the deputy chiefs of the FSB, Yuri Shumilin and Dmitry Morozov.

Currently, it is to the head of the personnel department, Vladimir Gushchin, that Tula businessmen go to bow with their problems. Gushchin practically monopolistically "protects" the housing and communal services market of the region. In this he is assisted by the ex-director of the State Institution "Tula Parks" Andrey Stepanov. Defendant in the criminal case of the ex-governor of the Tula region Vyacheslav Dudka.

It was Stepanov, who was the mediator in receiving money from the "GRINN" corporation, who was the main witness for the prosecution. After that, the criminal case against him was terminated. And now, Stepanov, who has not been brought to criminal responsibility, is again actively trying himself in the role of a mediator.

The channel of communication with the central office, through which information about the governor's command comes from Gushchin, helps him to easily avoid disciplinary departmental responsibility.

The Cheka-OGPU reported that in December 2020, officers of the FSB FSB of the Russian Federation detained a former employee of the Tula FSB FSB, Sergei Khrupachev, who is accused of "protecting" the illegal gambling business. In the summer of 2021, from house arrest to imprisonment in a pre-trial detention center, the measure of restraint was changed for the deputy head of the M department of the regional FSB department in force at the time of the crime.

The Cheka-OGPU also reported that several checks from the central office came to the region during this year.

However, despite the existing practice in the FSB of dismissing the head of the personnel department of the department (in the event of a criminal case against an employee of the department), the position of Vladimir Gushchin only strengthened. His under-roof businessmen claim that Gushchin at a high level resolved in Moscow all the questions about the extension of his contract, and now he still has to serve and serve for the benefit of the Tula business.

Sources of Rucriminal.info claim that, contrary to the opinion of the head of the department, Dmitry Gurdin, Gushchin was able to stay in his position only because he is the main channel of operational information about the team of Governor Alexei Dyumin.

By manipulating these data in their reports to the President of Russia, some FSB leaders hope to avoid the triumphant arrival of Alexei Dyumin as director of the Federal Security Service.