"Roof" from the Crimea against the "school" Kostya of the grave The Presnensky District Court of Moscow arrested the former State Duma deputy Denis Volchek and the general director of Sovyurk LLC Zurab Pliev. They are accused of trying to "dilute" the shadow banker Andrei Rozov into 1.4 million euros. Much has been said about Volchek, who began his career together with the legendary St. Petersburg "authority" Konstantin Yakovlev (Kostya Mogila), they somehow forgot about the personality of Rozov. Rucriminal.info decided to fill this gap. Rozov was once a major specialist in scams with VAT refunds, then owned his washing channel, and then, together with Evgeny Dvoskin, managed one of the main Crimean banks, Genbank. In this field, Rozov established good relations with the head of the Crimea, Sergei Aksenov.

The collaboration of Dvoskin and Rozov in Crimea turned out to be more than successful. 25 billion rubles were withdrawn from the bank, while no one was liable, a couple of shadow financiers managed to agree that the bank was simply reorganized. Thanks to the established relations with Aksenov, Dvoskin and Rozov almost resolved the issue with their participation in PJSC RNKB, which is an authorized bank for the payment of civil and military pensions in Crimea. A significant part of the budget funds of the peninsula passes through it. But then Rozov was reminded of the "old sins." About the times when he controlled the Renaissance bank. 4 billion rubles were withdrawn from the bank, and back in 2015, the Central Bank revoked the license from Renissance. And since then a long struggle has begun for the landing of Rozov. Back in December 2015, the DIA achieved the initiation of the theft of cash from the Kurskaya cash desk of Renaissance Bank, but Rozov quickly resolved this issue. The decision was quickly quashed. Next two years, according to all statements of the DIA - on the theft of funds from the bank under the guise of issuing loans; about waste; about intentional bankruptcy - they just threw themselves into the basket. By mid-2018, Rozov and Dvoskin “robbed” with the Genbank for 20 billion rubles, lost part of their high-ranking cover. What immediately affected the statements of the DIA. Dust was blown away from them and one by one they began to initiate criminal cases, which all united in the Internal Affairs Directorate of the SEAD. A general investigation is being conducted into the theft of money from the Kurskaya cash desk, embezzlement, bankruptcy. As part of this investigation, DIA allegations of theft are verified. Clouds were gathering rapidly over pink and urgently departed for the USA. From where, including with the involvement of Dvoskin, he began to try to solve his problems. However, Dvoskin himself would have avoided landing. There, the other day he was behind bars, his friend is a lawyer, ex-member of the Board of Directors of the General Bank Alexander Vershinin. Therefore, Rozov remembered another former acquaintance, the solver Denis Volchek. And he, along with his “right hand” Zurab Pliev, “charged” him 1.4 million euros. For this amount, it was promised to resolve both through the DIA and through law enforcement. Rozov agreed. Volchek was a man from the 90s, moreover, he was also a “solver”, therefore, having felt the smell of money, he was no longer able to restrain himself. Therefore, the demand for an expensive watch ($ 100 thousand) for a respected person and a fine ($ 100 thousand), for thinking too much, still flew after Rozov. Rozov was angry. Dvoskin, with certain powers in the FSB, still had good relations. As a result, Volchek and Pliev were detained. The most interesting thing is that Rozov conducted all negotiations from the same USA. Sources of Rucriminal.info said that at one time Andrei Rozov was known in the shadow market as one of the main specialists in VAT refund and value added tax. It is clear that this was not about normal operations, but about the requirement of a VAT refund actually from one-day trips. Moreover, he undertook to work with extremely large amounts, amounting to billions of rubles. This is only possible if you have connections at the very top of the Federal Tax Service of the Russian Federation. Rozov himself told our sources that he personally knew the former head of the Federal Tax Service of the Russian Federation Anatoly Serdyukov. Recently, Rucriminal.info published an investigation about the former head of the IFTS No. 28 Olga Stepanova. She was suspected of contributing to the theft of the astronomical amount of 60 billion rubles from the budget, but she got "dry out of the water" and now lives richly outside the Russian Federation. Stepanova told her acquaintances that such her “unsinkability” is connected with the fact that she made many decisions on Serdyukov’s call. However, none of our sources saw Rozov with Serdyukov. But together with the current head of the Federal Tax Service of the Russian Federation, Mikhail Mishustin, he was seen more than once, they talked very often.

All major VAT decision makers had their own banks. Without them, frauds from the budget under the guise of a tax refund are impossible. For example, another top VAT solver Alexei Kulikov had Creditimpex and Promsberbank. And Andrei Rozov had a Renaissance bank.

Officially, he owned 10% of the bank, but sources say that in reality, Rozov completely owned the bank, offering the full range of shadow services: cash out, transit, etc. 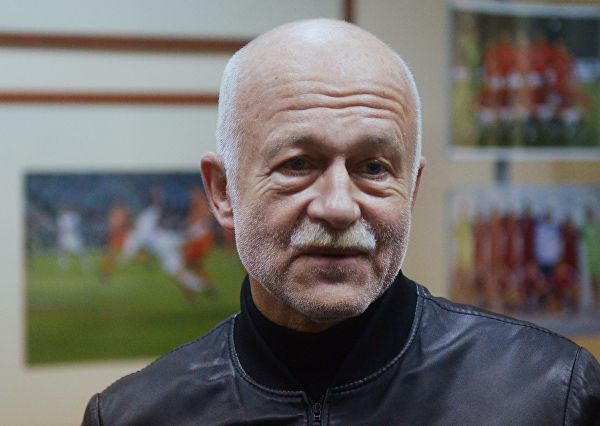 It is clear that the "roof" can not cover forever. In 2015, the Central Bank of the Russian Federation raised the issue of revoking the license from the Renaissance and panic started for all persons related to the bank. Especially the employee of the Central Bank of the Russian Federation, who oversaw the "Renaissance" and met with Pink. Sources say that the woman said that she would not remain silent during interrogations and the like. And then she was found dead. According to the official version, she committed suicide. In December 2015, the Renaissance license was revoked with a rigid wording: “a credit institution was involved in conducting dubious operations to withdraw funds abroad, as well as dubious transit operations in large volumes”.