Part 3. Sovcombank is following the path of Yugra 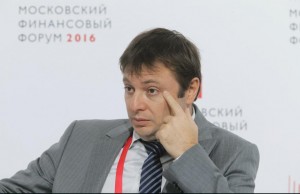 Rucriminal.com continues the publication of an investigation into the businesses of Pavle Fuchs and Sergei Khotimsky. In the first and second parts, we talked about the appearance of Fuchs in Russia, his connections with criminals, the establishment in Russia, the subsequent flight to Ukraine, where he began to buy assets on Russian money. The third part of the investigation will deal with one stable source of this money - Sergei Khotimsky, as well as his vowel and secret partners.

The history of Khotimsky Rucriminal.com was told by the former presidency of one of the banks, which for a long time cooperated with top managers of Sovcombank, including Khotimsky. According to him, at the age of 20 (he was born in 1978), Khotimsky established a law firm, which in fact dealt with the registration, purchase, sale of one-day firms. Its customers were mainly banks engaged in illegal cashing, money laundering, etc. So, Khotimsky and got into the banking business, or rather in its shady part. At various times he was associated with Montazhsbank (the one that Arkady Angelevich), Medprominvestbank (the license was revoked) and a number of other dubious banks. Khotimsky found his "gold mine" in 2001, when together with several acquaintances in dark business in the banking sector, first of all with Nikolai Zhuravlev, he bought a small Buykombank in the Kostroma region. He had a group of shareholders (all young guys), of whom three stood out. Sam Khotimsky, who had connections in the banking sector. Nikolai Zhuravlev (his wife's father held a high post) and Bogdan Berkovich (his mother Margarita Berkovich is a well-known economist, all bankers from the Kostroma region studied, she has huge connections in the Central Bank of the Kostroma Region). Later, Buikombank was renamed Sovcombank. According to the source Rucriminal.com, how much he remembers this bank - he always worked according to one scheme. Sovcombank attracted citizens' funds at high interest rates. 70% of the bank's assets were deposits of natural persons. This money was invested in the projects of shareholders, including the purchase of shares of enterprises (Khotimsky at one time owned the shares of the Commercial Port of Vyborg and several dairy plants). Also, money was invested in a highly profitable construction business at the time, in particular, carried out by Ter-Avanesov in the Kostroma region.

According to the source Rucriminal.com, these investments have not always been successful, so the bank almost always was and remains a financial "hole". However, thanks to the ties of shareholders, the Central Bank closes its eyes to this.

By the way, absolutely the same scheme worked bank "Yugra", owned by Alexei Khotin. He also had a huge "hole", but thanks to Khotin's connections, the CB preferred not to notice it. And as soon as these "ties" turned away from Khotin's half-bankruptcy, Yugra collapsed, and the state has to deal with debts to depositors for 180 billion rubles. Khotin chose to leave Russia.

But back to our main character. Buying shares of enterprises, Zhuravlev and Khotimsky sometimes participated in their subsequent criminal bankruptcy. One of their biggest similar projects is the bankruptcy of the Kostroma plant - Motordetal.

In a bunch of Khotimsky-Zhuravlev, the latter was responsible for all communications with local officials. As a result, he began to build a political career: he became a local deputy, headed the local branch of "United Russia". In 2011, Zhuravlev became a senator from the Kostroma region, a member of the Federation Council Committee on the Budget and Financial Markets.

When in 2005 Zhuravlev began to build a political career, he officially withdrew from all commercial projects. However, according to the interlocutors of Rucriminal.com, continues to remain a senior partner of Khotimsky. It was in many ways thanks to the ties and efforts of Zhuravlyov that Sovcombank managed to bring it to a fundamentally new level.

In 2007, Dutch-Israeli Kardan N.V. bought the 50% stake in Sovcombank. In 2010, Fuchs came to the bank. It is very likely that his parish was discussed at the Zhuravlev-Ter-Avanesov level. Then the bank left Berkovich. Since then, and formed a "sweet couple" Fuchs and Khotimsky.