What connects billionaire and thief in law Shakro 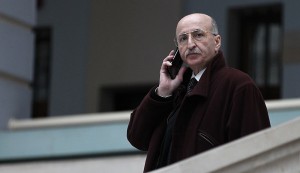 Rucriminal.info became known details of the criminal history due to which billionaire David Yakobashvili did not appear in Russia for a year. He feared to be prosecuted for organizing the kidnapping of his former business partner Boris Minakha, with whom they could not share assets, including the Yeisk port elevator. The abduction was carried out by Yakobashvili's "right hand" David Mirzoev and "authority" Batyr Bekmuradov. The latter carried out slippery assignments, both for Yakobashvili and Mirzoev, and for the thief in law Zakhar Kalashov (Shakro Molodoy). As a result, he was arrested by the Russian FSB along with Shakro for extortion. During a search of Bekmuradov's house, they found a huge archive of audio recordings, he recorded absolutely all his conversations. This archive came to the FSB of the Russian Federation and it turned out to be a recording of a conversation between Mirzoyev and Bekmuradov, in which they discuss the abduction of Minakha. Yakobashvili was also mentioned there. Having taken the documents about the abduction to itself, the FSB in the summer of 2019 conducted searches in the Sobranie museum, the headquarters of Yakobashvili and Mirzoev. Yakobashvili himself was in Switzerland at that moment, from where he did not return to Russia. Mirzoev fled to Cyprus. Yakobashvili flew back to Russia almost a year later. Before that, Mirzoev also returned, who was charged under Article 126 of the Criminal Code of the Russian Federation (kidnapping). He is now under recognizance not to leave. Only Mirzoev and Bekmuradov will be held responsible for the abduction of Minakhi. Yakobashvili was interrogated, but remains outside the "brackets" of the investigation. Details in the investigation by Rucriminal.info. In July 2016, the thief in law Zakhar Kalashov (Shako Molodoy) was arrested for extortion, and Batyr Bekmuradov was also behind bars in the same extortion case. The latter, among other things, carried out slippery assignments for Yakobashvili and Mirzoev. In particular, Bekmuradov's militants abducted a businessman, US citizen Boris Minakha and his driver on Rublevskoye highway, and took them to one of the construction sites. Mirzoyev and Bekmuradov arrived there with false mustaches, beards and wigs (so that they would not be identified). They began to demand from Minakhi to rewrite the shares of a large grain elevator. This had to be done in the interests of Yakobashvili, who had a conflict with Minakhi. The latter promised to do everything, he was released and he immediately went with a statement to the police. The Investigation Department of the Ministry of Internal Affairs of the Russian Federation began a pre-investigation check. At the same time, articles appeared in the media that Yakobashvili financed the protection of thief in law Shakro. Clouds were gathering around Yakobashvili and Mirzoev. The first one was at that moment in a Swiss clinic after a serious operation. The second preferred to leave for Georgia, from where he got in touch with the fixer Andrey Matus and offered to meet urgently, as it was necessary to "solve" the problems. In Georgia, Mirzoyev set two tasks for Matus: to interrupt the information wave about Yakobashvili's ties with Shakro and to make sure that the Investigative Department of the Ministry of Internal Affairs of the Russian Federation did not initiate a case on the abduction of Minakha. The parties agreed that the two tasks would cost Yakobashvili and Mirzoev $ 650,000. The money was received and successfully put into action. In particular, a bribe of $ 100,000 was paid for the SD to issue a refusal order on abduction. Later, the SD officer who received the money was fired. Mirzoev and Yakobashvili (by that time he was discharged from the hospital) were very pleased with the work done and again called Matus to Georgia to set new tasks. This is how the two David defined the new task. Yakobashvili wants to squeeze from Minakha a large elevator and a number of other large objects (in fact, the entire business). The abduction of Minakha did not help, so it is better to do it through custom-made criminal cases. It is risky to plant Minakhi himself, since he is a US citizen and may be an international scandal. It is necessary to jail absolutely all of Minakha's entourage and top managers, including his wife (about 10 people in total). Then Minakhi himself will come to Yakobashvili and give everything he needs. David allocated 100 million rubles for the operation. Matus accepted the task. Soon a case was opened in Krasnodar, and all the operational work was entrusted to the employee of the local UEBiPK Svashenko - the son of the acting deputy chairman of the regional court Sergei Svashenko at that time. Soon, in the Krasnodar Territory and in Moscow, dozens of searches were carried out simultaneously in all structures of Minakha. There was even an incident. One of Minakhi's offices was adjacent to the reception of the deputy of the State Duma of the Russian Federation Igor Lebedev (son of Vladimir Zhirinovsky), where operatives accidentally burst into. Operatives online sent photos from the place of searches (as a report on the work done) to Matus, who sent them to the “customer” - David Mirzoev. Yakobashvili was extremely pleased with what was happening. The Investigative Department of the Ministry of Internal Affairs of the Russian Federation refused to open a case on the kidnapping of businessman Boris Minakha (he has a conflict over assets with Yakobashvili), organized by Mirzoev and Bekmuradov.

But then the unexpected happens. The investigators of the Investigative Directorate of the FSB of the Russian Federation, who were prosecuting the case of bribes to employees of the Investigative Committee of Russia for the release of "authority" Andrei Kochuikov (Italian, "right hand" of Shakro), fell into the hands of Batyr Bekmuradov's audio archive. It turned out that the "authority" recorded absolutely all his conversations, both with representatives of the mafia and with representatives of business. Among other things, there were recordings of conversations with David Mirzoev, during which they discussed the details of the abduction of Boris Minakha. As a result, the "wheel of investigation" began to spin in the opposite direction. FSB Investigators confiscated all the materials on the abduction of Minakha and opened a case under Article 126 of the Criminal Code of the Russian Federation (kidnapping). Then they seized the material of the "ordered" case against Minakha's entourage. In December 2018, Matus was interrogated in the “Minakhi case”. In the summer of 2019, FSB officers, as part of the case of Minakha's abduction, conducted a search in the capital's Yakobashvili Museum “Collection”. The oligarch himself chose to stay in Switzerland. Official charges for the abduction of Minakha have so far been brought against the FSB Investigative Department Mirzoev and Bekmuradov.