The king of the Tajik mafia on the Moscow throne The officers of the Ministry of Internal Affairs of the Russian Federation detained one of the leaders of the Tajik mafia Bayun (better known as the Jackal). The official pretext was an attempt to bribe a representative of one of the departments, but in reality the Jackal "fell" in a fight for control over mafia flows in Food City, the Moscow shopping center and other markets of God Nisanov and Zarakh Iliev. The fight was with the "authority" Khoja Jabbor Kurbonov, who now heads the mafia network built by God Nisanov and Zarakh Iliev in their markets. Since the beginning of 2020, the jackal has launched a campaign to discredit Khoja Jabbor, both in criminal circles and in front of Nisanov. Along the way, his brigades were also fighting against the people of Jabbor. At some point it seemed that the mafia flows would be under the control of the Jackal, but officers of the Ministry of Internal Affairs of the Russian Federation intervened in the situation. After being arrested and charged, Bayun was placed under house arrest. And the winner, Khoja Jabbor, rushed to carry out Nisanov's order and drive the Armenian merchants out of Food City. It was his people who were engaged in the technical execution of the order. By the way, in the Tajik media Khoja Jabbor is referred to as "the head of Food City". 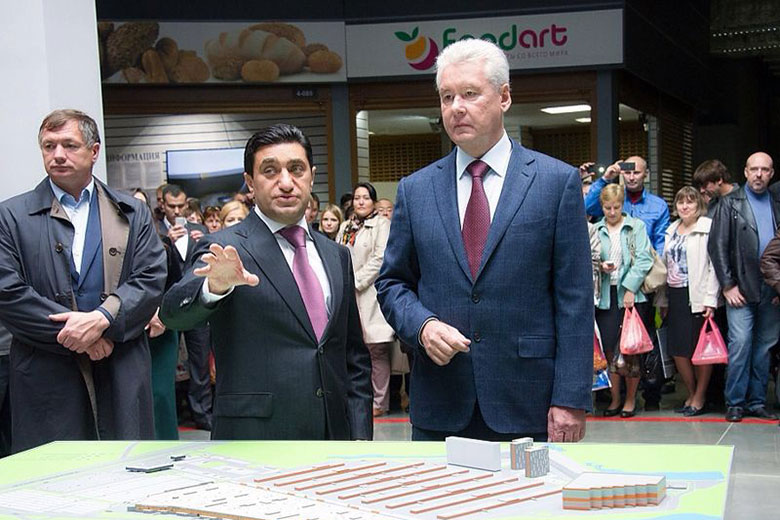 As sources of Rucriminal.info tell, a few years ago migrants from Tajikistan who worked in the market of the God Nisanov began to pay a conditional interest (rent) from their small earnings. The money was sent to the "mafia common fund", which was in charge of "authorities" Mustafa and Shukhrat. And then the "star" of the former janitorial foreman Jabbor (Kurbonov Abdujabbor) began to rise rapidly in the criminal sky. At the same time, in order for him to become the head of the mafia vertical, he had to stage a whole performance. Initially, Jabbor pretended to be completely controlled by Mustafa. However, then Mustafa was shot by killers. The interlocutors believe that Jabbor could be behind the massacre as the organizer, and the killer who executed the order was Khoji Rasul from the Vanj region of Tajikistan, who together with Khoja Jabor made a pilgrimage to Mecca, and to this day he receives payments from Jabbor. The first played grief for a long time in front of the "right hand" and Mustafa's successor - Lutfullo. Also Jabbor, began to "whisper" Lutfullo, as if Shukhrat had dealt with Mustafa. As a result, the latter was killed. Thus, the way to the top of the Tajik mafia in the Nisanov markets was almost cleared, only Lutfullo remained. The latter covered Khoja Jabbor all the time; in case of trouble with other criminal clans, he went to showdowns, often ending in blood. Jabbor knew perfectly well about all the murders committed by Lutfullo, in particular - about the elimination of Shukhrat. Once Jabbor was deprived of Russian citizenship, and in fear of the law he simply hid in his country. There, local law enforcement officers are already interested in Khoja Jabbor. But in his own country, he managed to avoid punishment, becoming poorer by $ 500 thousand. The source believes that Jabboru helped the head of the RUBOP of the Republic of Tajikistan, Khofizoda Shodi Khurshed, who is the son-in-law of the Minister of the Ministry of Internal Affairs Rahim Ramazon. And then, not without the participation of God Nisanov, Jabbor was able to return to Russia, where his stormy activities began. He imposed a tribute on half of the businessmen who came from the Republic of Tajikistan. After which Lutfullo was arrested on charges of murder, a significant part of which was committed in the interests of Jabbor. Thus, Jabbor's plan worked. Jabbor became the leader of Tajik criminals. According to Jabbor's decision, migrants from Central Asia working in Nisanov markets were imposed heavy taxes