The end of Anatoly Chubais

The report of the Ministry of Finance is fatal for the "father" of Rusnano. The word is for the... 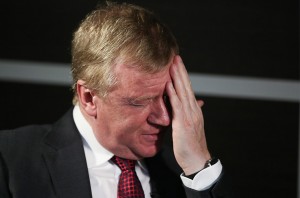 Rusnano held a meeting with creditors and major bondholders on business restructuring. The company claims it wants to “avoid the worst-case scenarios” due to “disproportionate debt”. Since November 19, the Moscow Exchange has suspended trading in nine issues of Rusnano bonds; the total volume of their issues is 71.6 billion rubles.

As a source of the VChK-OGPU telegram channel, well familiar with the situation, said, the placement of bonds (both under state guarantees and without them) is purely a fraud of Anatoly Chubais's team. A. Chubais and B. Podolsky (Deputy Chairman of the Board of RUSNANO) deliberately misled creditors by manipulating figures and financial indicators.

I recall the story of the dismissal of the chief accountant Sergei Makshakov, who did not sign the bond issue prospectus and, after a sustained pause, was dismissed.

The new head of RUSNANO, S. Kulikov, rightly found M. Mishustin's sore spot: the fact is that the main debt for the most part of the bonds is secured by state guarantees, which means that the state will have to pay the creditors on the bonds.

In addition, a significant part (up to 70%) was acquired by VEB RF by placing pension savings in bonds. That is, the state will also have to close the hole in the Pension Fund.

Not a bad position for blackmail - give us money, otherwise you will lose more.

About the beginning of the fall of Anatoly Chubais in the new material of Rucriminal.info.

Anniversary soon. Ten years ago, at the end of November 2011, Anatoly Chubais suddenly announced: "I will not go to the elections, there is no one to vote for."

This was Chubais's last political statement. And it was it that became the drop that overflowed the AP's patience. The reaction was not public, but harsh. However, Anatoly Borisovich did not immediately understand everything and for some time tried to be behind the scenes. But he himself no longer spoke, and regular inspections of law enforcement agencies, both Rusnano and FIOP (the Fund for Infrastructure and Educational Projects of Rusnano - a division of Rusnano), blocked all possible options for financing political activity. In 2013, on the direct instructions of the Presidential Administration, the last political project, L. Gozman, was dismissed from the post of Director for Humanitarian Projects of Rusnano. Everything! From that moment on, Chubais positions himself exclusively as a businessman and innovator. In June 2020, A. Chubais decided to push the additional capitalization of Rusnano through the Prime Minister M. Mishustin. As a source told Rucriminal.info, Mikhail Vladimirovich, instead of giving money, suddenly ordered the Treasury of the Ministry of Finance of the Russian Federation to check the activities of Rusnano. The Treasury report was devastating for the career of Russian Elon Musk. Chubais was dismissed from his position as director of Rusnano and immediately retrained as an environmental activist and fighter against global warming.

But, probably, antibodies to its activity have already developed in Russian society. Chubais's numerous speeches were emotional, but meaningfully boring. The government, represented by A. Belousov, was able to provide a clear, pragmatic, and most importantly, a plan for decarbonization of the economy in line with the interests of Russia. This, as well as a number of articles (including in the telegrams on the VChK OGPU channel) forced Chubais to go into the shadows. So, the last speech by Chubais on the topic of climate is dated as much as 10/29/2021. No, Chubais did not give up the fight: now two human bots Leonid Solyarik (Solyarik) and Ilya Selvinsky have become his mouthpieces on Facebook. During Chubais's work at Rusnano, all their publications were prepared personally by A. Trapeznikov (board member responsible for external communications) and were devoted exclusively to nanoachievements.

Default on Rusnano bonds destroys any reputation of Chubais! It is obvious that the greatest scam connected with bringing private and state money into obviously failed projects cannot but end in a criminal case of a gigantic scale.

And what about Chubais? On November 9, Anatoly Borisovich is already discussing the winners of the third season of the Poetry Prize on Facebook. Now looking for himself in art?