Collectors come for the Rothenbergs

After a short break, the collectors switched to new attacks on the Rotenberg clan. They threaten to hold a number of press conferences the other day, and also turn to Roman Rotenberg’s foreign partners, in particular the American Under Armor. According to Rucriminal.info, collectors have prepared separate “surprises” for senior members - the Arkady clan and Boris Rotenberg, their SMP bank. Gennady Timchenko will also get.

Starting November 6, 2019, collectors intend to hold a series of press conferences entitled: “Doctor Sport and Under Armor: Debts and Problems of Organizations Associated with Roman Rotenberg”. “The focus will be on the problems of organizations related, according to the speakers, with the famous sports functionary Roman Rotenberg,” the participants of the event promise, “The founders, shareholders and the management of the famous brand of sportswear and equipment Under Armor were informed about the press conference. Recently, this company announced the closure of its stores in Russia, and at a press conference, a point of view will be presented on the reasons for such a decision, which may be caused not only economically, but also politically. The fact is that Vostokinvest LLC, which developed the brand in Russia, may be supported by Roman Rotenberg, who is on the US sanctions list. Also under sanctions Gazprombank, which is a pledge holder and, probably, a creditor of Vostokinvest LLC. The connection between sanctions and the problems of the American brand in Russia will be discussed at a press conference. A separate forecast will be given on possible problems with creditors of this organization. The forecast on the difficulties of receiving money from organizations that associate with Roman Rotenberg can be made taking into account the analysis of the bankruptcy of Doctor Sport LLC. Roman Rotenberg had an official relationship with the creation of this organization, and SMP Bank was a member of the organization for a long time, which approved a dubious protection scheme against debt collection. If someone thinks that collectors harass only ordinary citizens who were reckless to take a consumer loan, they are mistaken. For several months now, collectors have plagued Arkady and Boris Rotenberg. The situation is simple. Boris has a son, Roman, who decided to engage in the sale of sports nutrition. So the trademark Vitawin (Doctor Sport company, 100% owned by Rotenberg SMP Bank) was born. Huge amounts were pumped from the same bank into Roman's project, but Doctor Sport made debts and went bankrupt. Roman decided to play adult games. Dr. Sport copied to another girlfriend model Yana Ivantsova and washed his hands. Like, I have nothing to do with debts, I was still selling a successful company. Here, experienced collectors for "3 kopecks" bought out the debts of the "Doctor of Sports" for 30 million rubles and began to literally plague Arkady and Boris Rotenberg and their business partner Gennady Timchenko. This was explained by the fact that the last real owner of the Doctor of Sports was SMP Bank, which means that its owners will be responsible for the debts. They were littered with letters in which collectors threatened to pick up trademarks with the numbers of Ilya Kovalchuk (No. 17) and Roman Rotenberg (No. 81), made in the style of the St. Petersburg hockey club SKA. The rights belonged to Doctor Sports, so the appeal went to the owner of SKA Timchenko. Also, Rotenberg seniors were threatened with bringing to the subsidiary liability for the debts of Doctor Sport LLC. On the issue of debt, they intended to call them to an open meeting of the Committee on Debt Dispute Resolution. All this was accompanied by the appearance on the Internet of announcements that collectors sell Rotenberg debts. Enterprising guys began to send out an offer to buy this debt to the business partners of the Rotenberg clan, including the few remaining foreign partners. For example, Under Armor.

It was in the summer an interesting investigation by Medusa on a semi-secret FSUE GlavNIVTS - the main clients of which are the Russian special services and the Ministry of Defense. This FSUE is developing systems for monitoring and deanonymizing users of social networks. As Rucriminal.info found out, two topics have one thing in common. The novel rewrote Doctor Sport to his girlfriend model Yana Ivantsova. Previously, she was listed in the Roman-controlled company Arena Management. And before the "deal", the girl worked as a press secretary ... GlavNIVTS ... The very same FSUE engaged in closed development. And before Roman Rotenberg, Jan was an assistant and press secretary of the deputy of the State Duma of the Russian Federation. We don’t know which one, but in the photo she often could be met with deputy Vadim Dengin. They picked up a photo of you, Yana Ivantsova, a participant in secret FSUE secret programs. 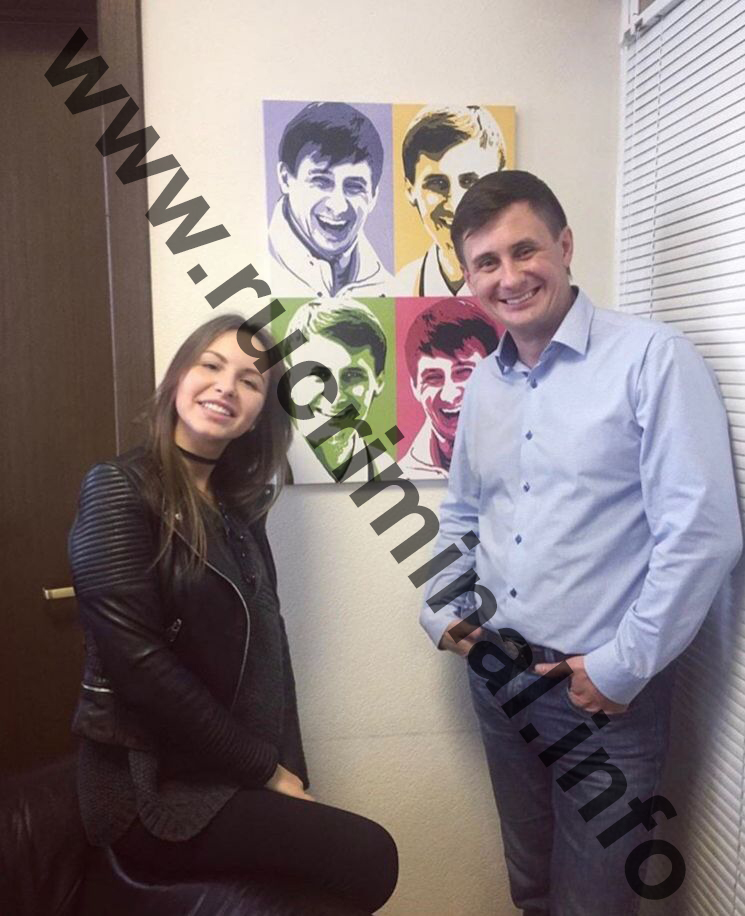