How the Deputy Prime Minister made a competitor to Domu-2 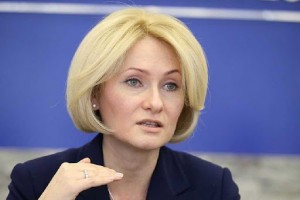 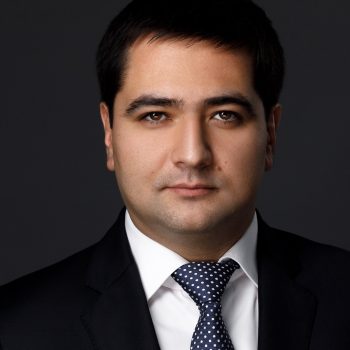 Gleb Fomin constantly discusses financial and organizational issues with Parviz Tukhtasunov, who sat down to lead the Federal Cadastral Chamber. This young native of Tajikistan is the favorite of Victoria Abramchenko, thanks to which he made a dizzying career. A medical student without work practice in two years became the head of the Cadastral Chamber of Russia. And recently, as the VChK-OGPU telegram channel reported, Viktoria Abramchenko tried to make him “the chief of garbage” - to put him at the head of the “Russian environmental operator”. It is fashionable to add to this that Abramchenko's team (also called the cache formation team) includes her friend, head of Rosreestr, Oleg Skufinsky. He made his very, very close friend Elena Martynova as his deputy, who led Rosreestr this summer. This is such a real "Dom-2" this "Abramchenko team".

Martynova is entitled to the highest salary in the department, and her whims are put by Skufinsky as an absolute priority for other employees of the department. At her request, highly qualified specialists leave Rosreestr. All this was stated by the employees of Rosreestr in a letter that was submitted in the summer to the office of Deputy Prime Minister Victoria Abramchenko. Rucriminal.info publishes this letter.

“The employees of Rosreestr are contacting you in an attempt to bring extremely important information about the critical situation that has developed in the department, namely, the activities of the new employee, Elena Valerievna Martynova. First of all, you need to convey information about the intimate relationship of this employee by the head of Rosreestr O.A. Skufinsky, which in our opinion is absolutely unacceptable and is the fundamental reason for the crisis in the management of the department. Almost all employees of the department are aware of this fact, which makes the team feel like they are working on the whim of the head's passion, which are separated from the real state priorities and tasks of the department. From her side, the information is directly communicated that now in the department all key decisions, including personnel decisions, are made by her, which corresponds to the real situation: several employees have been unjustifiably dismissed, banal subordination and a healthy work process have been violated, which you, Victoria Valerievna, managed to debug over the years of work. In addition to the above factor, the following should be noted: 1) E.B. Martynova informs all her connections "above" and readiness to use her resources in case someone is not ready to impeccably fulfill her will. Alas, taking into account the above factor, the leader does not intervene in the situation, but only indulges it, aggravating the situation.

2) E.B. Martynova is paid the highest salary in the department at the expense of the bonus fund of other employees. Moreover, some employees were summed up to be fired in order to increase the salary of E.B. Martynova to a certain level.

3) The tasks of E.V. Martynova made the head an absolute priority for the work of the entire department, all other issues, despite their urgency and control by the President and the Government, are relegated to the background.

4) Despite the continuous generation of irrational ideas, E.V. Martynova, responsibility for their implementation does not fall on her, but is distributed across all departments, even if it does not concern their profile.

5) Under the tasks of E.V. Martynova, two new departments are being created, which entails the dismissal of a number of employees (despite the President's attention to this issue in this difficult period for the country) and the redrawing of the entire mechanism of the Rosreestr's work.

6) E.B. Martynova comes from a purely business environment and having received her basic education at US universities, she obsessively tries to apply the Western model of company management (not a government structure) and the corresponding corporate culture in our department. So, she has been given control over all meetings of Rosreestr employees, complaints and denunciations are approved.

Victoria Valerievna, we do not know how substantiated the words of E.V. Martynova about "connections at the top." If, for any reason, these connections do not allow you to resolve the current situation to restore the effective work of the department, we, the employees of Rosreestr, are ready to fully support you and provide all the necessary assistance to convey this information to the higher structures, relatives and friends of O.A. Skufinsky. We ask you, dear Viktoria Valerievna, as our supervising deputy prime minister and as the former head of Rosreestr, who spent an unlimited amount of effort on improving the work of the department, to intervene in the current situation, to take measures to limit the powers of E.V. Martynova to the range of her direct responsibilities, or to be removed from destructive activities in Rosreest. "