Killer in an ambulance

"Shot at least four times in the head and torso." 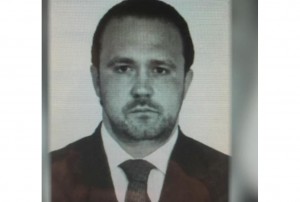 Rucriminal.info continues to publish materials of the case against the gang of Konstantin Piskarev (Kostya Bolshoi) and his militants, who have committed more than 25 contract killings. Our articles contain the testimony of the accused in the case, including the killers, so the reader can see the events through the eyes of the "main characters" of the gang. In this publication we will tell you about the murder of the "authoritative" businessman Mikhail Stepanov. In the late 90s, Kostya Bolshoi made cover in the criminal world for Georgy Pirtskhalava, whose major asset was Bank Balchug. By the spring of 1998, the bank owed a large sum to one of the creditors, who was "covered" by Mikhail Stepanov. As a result, he demanded to immediately pay off the debts. They promised to give him 5 thousand dollars a month. At the same time, Pirtskhalava complained to the "roof" in the person of Kostya Bolshoi. He gave the order to his militants to establish external surveillance of Stepanov. And then they shot him at the entrance of the house where Stepanov lived with his family. Rucriminal.info publishes the testimony of witnesses, Stepanov's common-law wife and the killer who killed the "authority".

Testimony of witness Tomilin dated 01.01.2018, according to which the witness met Stepanov at about the end of 1996 or the beginning of 1997, at the time of his acquaintance Tomilin was liquidating Bank Balchug in connection with its bankruptcy. Stepanov turned to him as a representative of the organization to which the bank branch in Kolomna had accounts payable. At that time, in addition to Tomilin AV, Pirtskhalava and Tkachev V.V. worked in the office. Initially, Stepanov demanded to return the money in a rude form, but then relations with him returned to normal, as it turned out that he knew the witness's brother Tomilin Nikolai Stanislavovich. They (Pirtskhalava, Tkachev and Tomilin)​​agreed that the debt would be repaid in installments. Stepanov repeatedly came to the office of Bank Balchug. Sometimes Piskarev attended the meetings ...

Testimony of witness Mekhtiyev, according to which the witness got acquainted with M.The. Stepanov. in 1986, when he was serving his sentence in a correctional institution. Stepanov had a large circle of contacts and affairs, but Stepanov did not initiate Mehdiyev into his affairs. One summer Mehdiyev took Stepanov to the Balchug bank to meet with Pirtskhalava and once took him to the Balchug hotel to meet with Piskarev, who, according to Stepanov, was related to the Orekhovskaya group. ... Stepanov met Pirtskhalava through Tomilin. Recently, Stepanov often called on the phone with Piskarev, and they made an appointment. Mekhtiyev warned Stepanov not to contact Piskarev and Pirtskhalava. On March 16, 1998, at about 11 pm, Stepanov, Mekhtiyev, Alekseenko and an unknown girl arrived together in the same car to the house at the address: Moscow, st. Fergana, d. 28/7. Stepanov entered the entrance, and about 10-15 minutes later Stepanov's wife Karina came out of the entrance, who said that Stepanov was stuck in the elevator. Mekhtiev, Alekseenko and Karina entered the entrance and went up to the 5th floor. When they were able to open the elevator door, Mekhtiyev saw a bloodied Stepanov, who said that he had been shot. Stepanov was taken home, he took off his coat, jacket and waistcoat ...

The testimony of the accused Lupicheva D.A. , according to which in the winter of 1998, about twice, together with Piskarev, Aleksandrov, Fedoseev, Bezrukov S.A. , Bezrukov A.A. and, possibly, Zemtsov, he went to negotiations with Stepanov. Piskarev negotiated directly with Stepanov, and Lupichev was on the sidelines in the support group, so he did not hear the content of the conversation. From the words of Piskarev it was known that Pirtskhalava had to pay Stepanov five thousand US dollars a month, and the total debt was about twenty - twenty-five thousand US dollars, and Piskarev did not like it. About a month after these meetings with Stepanov, Piskarev instructed Fedoseyev to kill him, and Fedoseev, in turn, instructed Lupichev. Barabashkin, S.A. Bezrukov , Bezrukov A.A. and Aleksandrov to follow Stepanov, find out his travel schedule and establish his place of residence. For three days, from March 13 to March 16, 1998, they monitored Stepanov, who was driving a Grand Cherokee car. Immediately before the murder of Stepanov, members of the group Fedoseev, Lupichev, Aleksandrov, Bezrukov S.A. and A.A. Bezrukov , gathered in the office located next to the N.V. N.V. Sklifosovsky. From the office at about 22 o'clock, they arrived in several cars to the house where Stepanov, Fedoseev and A.A. Bezrukov lived. were in the car opposite the entrance where Stepanov, Aleksandrov and Bezrukov S.A. lived. were directly at the entrance, Lupichev was in the VAZ 2109 behind Stepanov's house and watched the windows of the apartment.

On the side of the house was a RAF car with special signals and ambulance identification marks on, on which Aleksandrov and Bezrukov SA were to leave after the murder. Soon Fedoseyev received a signal from Fedoseev that Stepanov's car had arrived, and after about 10-20 minutes Lupichev saw Aleksandrov and S.A. Bezrukov. got out of the substitution, sat down, the RAF car and began to move towards Prospekt Mira. Lupichev followed them, followed by a car with Fedoseev and AA Bezrukov. Arriving at the office, they discussed what had happened: Aleksandrov said that he was the one who shot Stepanov. When the doors of the elevator in which Stepanov was opened opened, Aleksandrov tried to shoot him from a small-bore pistol. But Stepanov began to interfere, and then Aleksandrov stepped back a few steps and shot at least four times in the head and torso. With shots, Stepanov was thrown back into the elevator and Aleksandrov, along with S.A. Bezrukov. left the entrance.

Testimony of witness Zhukova K.T. , according to which the witness met M.B. Stepanov. in 1994 and lived with him and their daughter Christina in a rented apartment at the address: Moscow st. Fergana,…. Regarding his activities, Stepanov said that he was a banker, but after a while Zhukova became aware that he was engaged in other activities, which one is unknown. Stepanov communicated closely with Mekhtiyev, Alekseenko, Georgy Pirtskhalava and Alexander Tomilin. In October 1997, Zhukova, together with Stepanov, met at a picnic with Pirtskhalava, Tomilin and their wives. Pirtskhalava, Tomilin and Stepanov communicated very closely at work. On the day of the assassination attempt, 03.16.1998, at about 22 o'clock minutes. Zhukova was at home and bathed her daughter. At this time, Stepanov called and said that he was currently driving along the Moscow ring road and would return home in about two hours. About 15 minutes after the conversation, Zhukova heard about five bangs, similar to explosions of firecrackers, which she did not attach any importance to at the time. Two minutes later, a neighbor called at the door of the apartment, who said that Stepanov was stuck in the elevator. At first Zhukova did not believe it, but then she heard the voice of Stepanov himself, who asked to know the friends who were waiting for him in the car. When friends opened the elevator, the wounded Stepanov got out of it. He was taken to an apartment, where Stepanov undressed, laid out documents and purses, after which he said goodbye to his daughter and left with his friends. "