Will there be any questions to Deripaska, Skorobogatko and Ponomarenko? 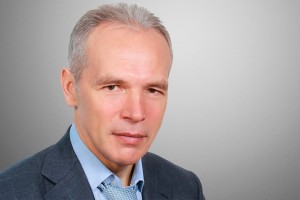 The investigative Committee is considering various versions of the tragedy in Sheremetyevo, where 41 people died as a result of the fire of the SSJ-100 aircraft of Aeroflot. Among these versions "insufficient qualification of pilots, dispatchers and persons who carried out technical inspection of the Board; aircraft malfunction; adverse weather conditions". This is stated on the website of the TFR. Sources Rucriminal.info they say that, judging by the current situation, the pilots and the dispatcher will be found guilty. At least Aeroflot has already started preparing for possible future claims for large sums. The news Agency believe that the experts of the TFR would be worth to pay attention to the quality of the runways of the airport, which was built in extremely difficult conditions. Started the work of the structure of Oleg Deripaska, which eventually were prosecuted because of suspicions of the use of substandard materials. And continued construction of strips of structure of Rotenberg and ex-the Deputy of the state Duma Alexander Skorobogatko. In respect of Rotenberg firms, an investigation is currently under way on the theft of funds allocated for the construction of strips in Vnukovo. And have Skorobogatko ambiguous reputation.

That runways "Sheremetyevo" is not all right induce incidents that occurred before the crash of the SSJ-100. On January 13, 2019, a smart Wings aircraft flying from Moscow to Prague left the runway during the takeoff. And on February 26 at the airport of Sheremetyevo at the private plane at landing the landing the landing gear broke.

Recall, as actually happened, the construction of the ill-fated bands "Sheremetyevo" In 2011-m to year "Transstroy" (then owner Oleg Deripaska, all taxiing him. Arkady Sarkisyan) and its "subsidiaries" gospodryady received for the construction of the runway at Sheremetyevo for a total amount of 26.2 billion rubles. However, already in 2014, the backlog from the schedule of work by Transstroy was almost one year, which was a real disaster - the runway should be built by the beginning of the 2018 world Cup. In addition, the "customer" was not satisfied with the quality of work.

In 2015, the Federal air transport Agency stopped financing the construction, mutual accusations fell. As a result, the contract with "Transstroy" was terminated and the end of the runway, instructed the company "Transstroymechanizatsiya", controlled by the Rotenberg brothers.

According to Rucriminal.info behind the light there was a case of embezzlement in the construction of GDP, the use of substandard materials, etc. was carried out the seizure in three companies, which carried out the construction of the runway until the spring of 2015 – "GMR-Region", OOO "Transstroy" and JSC "Inzhtransstroy". Also, a lot of top managers of Transstroy have already visited the interrogations, but the investigators do not hide that their main goal is Sarkisyan. However, he preferred to leave Russia as soon as possible.

In 2011, the company Arkady Rotenberg "Transstroymechanizatsiya" (part of the company "Mostotrest") has won a contract to 5.3 billion rubles for the reconstruction of the runway of Sheremetyevo airport. In 2013, the winner of the competition for the right to develop Sheremetyevo, and by and large then privatize this attractive asset, won TPS Avia Group, the largest share in which Arkady Rotenberg. The remaining shares of TPS Avia are the families of his former partners in the Novorossiysk commercial sea port (NCSP) Alexander Ponomarenko and Alexander Skorobogatko.

And in 2018, there were "emerge" interesting details around the business on the construction of GDP. According to Rucriminal.info in the past year, investigators have repeatedly searched Mostrotrest. This happened as part of the investigation of the Moscow interregional investigation Department on transport about the large-scale theft of funds during the reconstruction of the airport "Vnukovo". The main persons involved in the investigation, on the one hand, are the officials who took the work for the sums they were not worth. But on the other hand, top managers of OOO "Transstroymechanizatsiya" and PJSC "Mostotrest".

OOO "Transstroymechanizatsiya"- "daughter" "Mostotresta", which poochie the government contract for 7,451 billion rubles for the reconstruction of Vnukovo.

We came up with interesting details and biographies Ponomarenko and Skorobogatko. This is how their past is described in the blogosphere.  "Three true friends – Skorobogatko, Ponomarenko and Kovalenko in the mid-90s were drawn in Moscow in the leadership of the infamous "Yalosbank", who stole more than 2 trillion non-denominated rubles from depositors. The mayor of the capital Luzhkov then demanded to open a criminal case on the fact of this fraud on an astronomical scale. However, the three friends had returned from the destiny of Turkey, "slipping" from Recepci and obviously long hands of Justice. What can not be said about the substituted three founding fathers of "Yalosbank". Babek Seruf was poisoned, Alexander Goltsov was shot in Moscow, and Roman Frumson was found dead in a Villa in Spain. The investigation of these murders (and some of the investigators suspected the involvement of the Crimean triad) is rapidly ... came to a standstill. On there is no, as the saying goes, and court there is no.

But three comrades from Simferopol remained alive, healthy and in the big money (but the money of depositors of "Yalosbank" nowhere has evaporated).

Skorobogatko, Kovalenko and Ponomarenko founded a Bank with the name of three letters - RGB. Skorobogatko was delegated to politics, and the next project of the Trinity was the purchase ("traditional methods") of shares of the Novorossiysk port.

The correspondent of Department of criminality of the newspaper "Crimean truth" in the period 1985-2000 Kuzma Seraphim (a pseudonym) provided a number of media in Kiev and Moscow the results of its investigation, dedicated to exposing the representatives of the criminal world of the Peninsula, made his way into power. It is about both the state authorities and management of Ukraine and Russia."