What testimony was given by the banker Yakhontov, who was killed with his family

"Bad relationship with the governor" 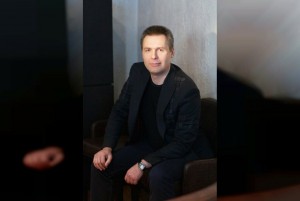 In Moscow, Mikhail Yakhontov, a former shareholder and top manager of Smolensky Bank, his wife and 8-year-old son were found killed. The man's throat was cut, and his loved ones were strangled. According to the telegram channel VChK-OGPU, on the eve of the murder, Mikhail Yakhontov was interrogated by the TFR and gave detailed testimony, including against "one dignitary." The ICR merged the Smolensk Bank case, where Yakhontov was the top manager, with the case of a large holding, where the managing director was detained four years ago. The holding's money lay in Yakhontov's bank, and then disappeared. Now the SKRF decided to combine these two stories, and in this connection they interrogated Yakhontov. Soon after the interrogation, Mikhail himself, his wife and child were found killed. Also, Yakhontov had large debts. According to the Potok-Media telegram channel, shortly before his death, Mikhail Yakhontov testified in the case of Andrey Gorkov, managing director of Rusnano for investment activities. The case against unidentified persons was separated from the Yakhontov case into a separate proceeding, and Gorkov was brought to the ICR on it. Initially, the latter was accused of placing in 2011-2013, "contrary to the established procedure and interests" of JSC Rusnano and its sole shareholder - the state, the company's funds in Bank Smolensky under the guise of settlement and cash services, and "in fact, for the purpose of financing activities of the bank ". When the bank's license was revoked in December 2014, Rusnano, as stated in the ICR, lost more than 738 million rubles. Shortly before the sad events, Mikhail Yakhontov testified on the Technical Lane as a witness.

Giving evidence to Yakhontov is not the first time. According to Rucriminal.info, Smolensky Bank was a large platform for illegal cashing out of funds, and among the financiers, all participants of the “platform” were called “Smola”. Yakhontov himself was tried for embezzlement (Article 160 of the Criminal Code of the Russian Federation) of the bank's funds and was released only in the summer of 2020. At the disposal of Rucriminal.info were the testimonies that Yakhontov gave during the preliminary investigation and in court. Perhaps it is in them that one should look for the motives of the brutal murder. During the investigation, Yakhontov testified against the main owner of the Smolensky bank Pavel Shitov, his partners, friends and a huge number of people involved in illegal financial transactions. However, at the trial, Yakhontov unexpectedly retracted this testimony and said that he connected the bank's problems and even the criminal case itself with the conflict between Shitov and the governor of the Smolensk region. “The defendant MN Yakhontov, interrogated at the hearing, admitting the factual circumstances of the case, showed that he confirms the presence of his signatures in the documents, but his actions could only indirectly lead to the consequences that had come. So, he testified that he worked in the Moscow branch of OJSC "Smolensk Bank" as deputy manager - Shitova P.N. (The main owner of "Smolenskoye" -RED) He (Yakhontov M.N.) was a member of the credit committee, in the absence of Shitov P.N. he (Yakhontov M.N.) or Shcherbakov R.E. were the chairmen of the credit committee. The votes of the members of the credit committee were equal, the opinions on the borrowers were studied by all members of the credit committee, the borrower was discussed at the credit committee and then a decision was made for each borrower. Employees of the credit department were involved in checking the calculation of the Bank's reserves for possible losses using a special program, he (Yakhontov M.N.) did not do this. In 2000, indeed, in OJSC "Smolensk Bank" there were cases of issuing loans to borrowers at the direction of PN Shitov, as well as cases of granting technical loans to companies owned by PN Shitov. and his friends, Shitov P.N. used such companies to improve the Bank's standards, to smooth out cash gaps. He (Yakhontov M.N.) believed that all affiliated Shitov P.N. companies conducted financial and economic activities, such companies returned loans issued. He (Yakhontov M.N.) also testified that he did not remember the names of the companies indicated in the charges brought against him under Art. 196 of the Criminal Code of the Russian Federation, nor the circumstances of granting loans to these companies. He actually signed loan agreements, but the basis for signing them was the decisions of the credit committee. At the same time, he also indicated that in order to issue a loan in a large amount, namely in an amount exceeding 5% of the Bank's capital, there had to be not only a decision of the Credit Committee of the Moscow branch of the Bank, which was of a recommendatory nature, but also a decision of the Credit Committee of Smolensk Bank OJSC »In the city of Smolensk and the approval of the board of directors. In 2011-2013, at the credit committee of the Moscow branch of Smolensk Bank OJSC there was no formal voting or discussion of the borrower, forcing someone to vote in one way or another. In addition, the Bank Branch checked the intended use of credit funds, borrowers had various collateral, significant turnovers, paid taxes, repaid a loan to the bank liabilities, provided financial statements, borrowers were checked by the Bank of Russia and did not raise doubts in the latter. He (Yakhontov M.N.) believes that the bankruptcy of the Bank is associated with poor relations between Shitov and the governor of the Smolensk region, information received in the media about the poor condition of the Bank, the bankruptcy of Master Bank, which led to a sharp and large outflow of customer funds from the Bank.

On the basis of clause 1, part 1 of Art. 276 of the Code of Criminal Procedure of the Russian Federation, the testimony of M.N. Yakhontov was announced, given by him during the preliminary investigation (volume 177 case sheets 201-207, 255-258; volume 178 case sheets 94-101), from which it follows that the guilt on the charge brought, he admits that he worked in the Moscow branch of Smolensk Bank OJSC, is a nominal shareholder of the Bank at the request of PN Shitov, this transaction was completed in 2013. The Bank had a practice of issuing loans to technical companies for the purpose of servicing loans from other technical companies, which had previously been issued loans, and they had to be paid back or interest, in order to withdraw funds for the maintenance of the business and in the interests of implementing projects of the Bank's shareholders. Voting at the meetings of the credit committee for technical companies took place formally for a positive decision on their lending, the financial position of such companies was not assessed. These funds were used to purchase enterprises, real estate in Moscow, Moscow and Smolensk regions, in particular Mospromtekhmontazh OJSC, Tallitsky Brick LLC, MS-Media LLC, Agrarian Construction Company LLC and others. Enterprises were financed by means of funds withdrawn on loans to technical companies, the received loan funds were withdrawn further through the scheme of buying bills of exchange, including non-market, illiquid ones. At the expense of the Bank's funds, various companies were freely financed, which, among other things, were actually headed by P.N. Shitov. through trusted persons, loans were issued to them, which brought great losses to the Bank and were not returned. In 2013, at the direction of Shitov, loans were issued to about 10 individuals, allegedly on the security of their property, the documents were drawn up so that their names did not appear, but later these persons, having received the money, either did not issue a pledge, or pledged property incomparable with the received amount. There were cases when loans were issued to individuals, and their pledges were recorded on the Shitov trustees. In addition, on the eve of the bankruptcy of the Bank, Shitov began to transfer assets to the Bank's clients he needed and transfer to other persons, in particular, liquid assets (loans to individuals) with the participation of R.E. Shcherbakov. transferred to the "International Settlement Bank".

He (Yakhontov M.N.) also showed that Akberov T.F. He was a lawyer of the Bank, acted in the interests of P.N. Shitov, formalized the ownership of shareholders' assets, controlled and executed the documents necessary for transactions, including for technical loans issued. Shcherbakov R.E. Shitov P.N. was a confidant and friend of Shitov P.N. was responsible for the withdrawal of funds abroad, knew about lending to technical societies. D.V. Skorkin and his subordinates prepared all the documents necessary for lending to companies, he controlled the procedure for agreeing and encouraging loans to companies, including YunikomFinance LLC. Sh-in P.N. was the main owner of Smolensk Bank OJSC, gave instructions on all areas of the Bank's activities, determined how much money should be withdrawn from the Bank and for what purposes.

The testimony given during the preliminary investigation, the defendant Yakhontov M.N. did not confirm, indicating that he spoke about risky operations that, in principle, could lead the Bank to bankruptcy, his testimony about unfavorable transactions, about those transactions that brought losses, concerned OJSC "Smolensk Bank" in the city of Smolensk, did not have relations in the Moscow branch of the Bank, he did not speak about the illegal actions of the defendants, Yakhontov M.N. did not understand the essence of the charge brought against him, the investigator did not correctly state his (Yakhontova MN) testimony ”.