How hockey players from the FSB removed the rector Pochinok 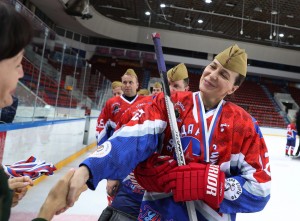 According to the sources of Rucriminal.info and the telegram channel VChK-OGPU, on November 17, employees of the Babushkinskiy Interdistrict Investigation Department of the Main Investigation Directorate of the Investigative Committee of the Russian Federation in Moscow, with the support of the OFSB officers in the North-East Administrative District, conducted searches in the apartments of six employees of the Russian State Social University (RSSU), after which they were escorted to investigators for interrogation. At the same time, documents were seized. According to the interlocutor, a search of the former rector of the RSSU Natalia Pochinok is expected in the near future. The case was initiated on two episodes of fraud with the funds of the RSSU in relation to an undefined group of persons. Whether one of these faces will get the outlines of Pochinok - time will tell. She won't give up so easily, given her powerful connections. However, these connections can be deceiving. Pochinok plays hockey with three generals of the FSB of the Russian Federation (including the head of Department K Ivan Tkachev) and simply employees of the Service, in particular with the deputy head of department "A" of the FSB (Alpha) Yuri Polishchuk. His son, also Yuri Polishchuk, serves at Tkachev's Office "K". Therefore, it is not surprising that Pochinok, on the recommendation of acquaintances from the FSB, took Andrey Khamrov, a native of Department A, to the university as her deputy and security guard. However, as a result, it was he who handed over the materials on which Pochinok was removed from office, and then fired, and now a case was opened. Khamrov himself took the chair of acting. rector and has guarantees that he will sit in it for a long time. Details of the struggle for the "chair" of the rector of the RSSU in our investigation.

Back in the summer of 2020, the director of the Department of Civil Service and Personnel Policy of the Ministry of Education and Science Alexei Svistunov began selling the chair of the rector of the RSSU. The buyer was found, the chair was promised to him within a year. Then they signed a labor contract with Pochinok for a year. But in the evening she went to AP. And by the morning the contract was changed, the term in it was already 5 years.

In 2020, Pochinok reported that materials were being collected for her and the vice-rector of the RSSU. According to a Rucriminal.info source, Pochinok formed a team of former employees of the FSB, the Ministry of Internal Affairs, the prosecutor's office at the university, who were supposed to advise her on all issues, conduct an audit of the university and prepare it for inspections. 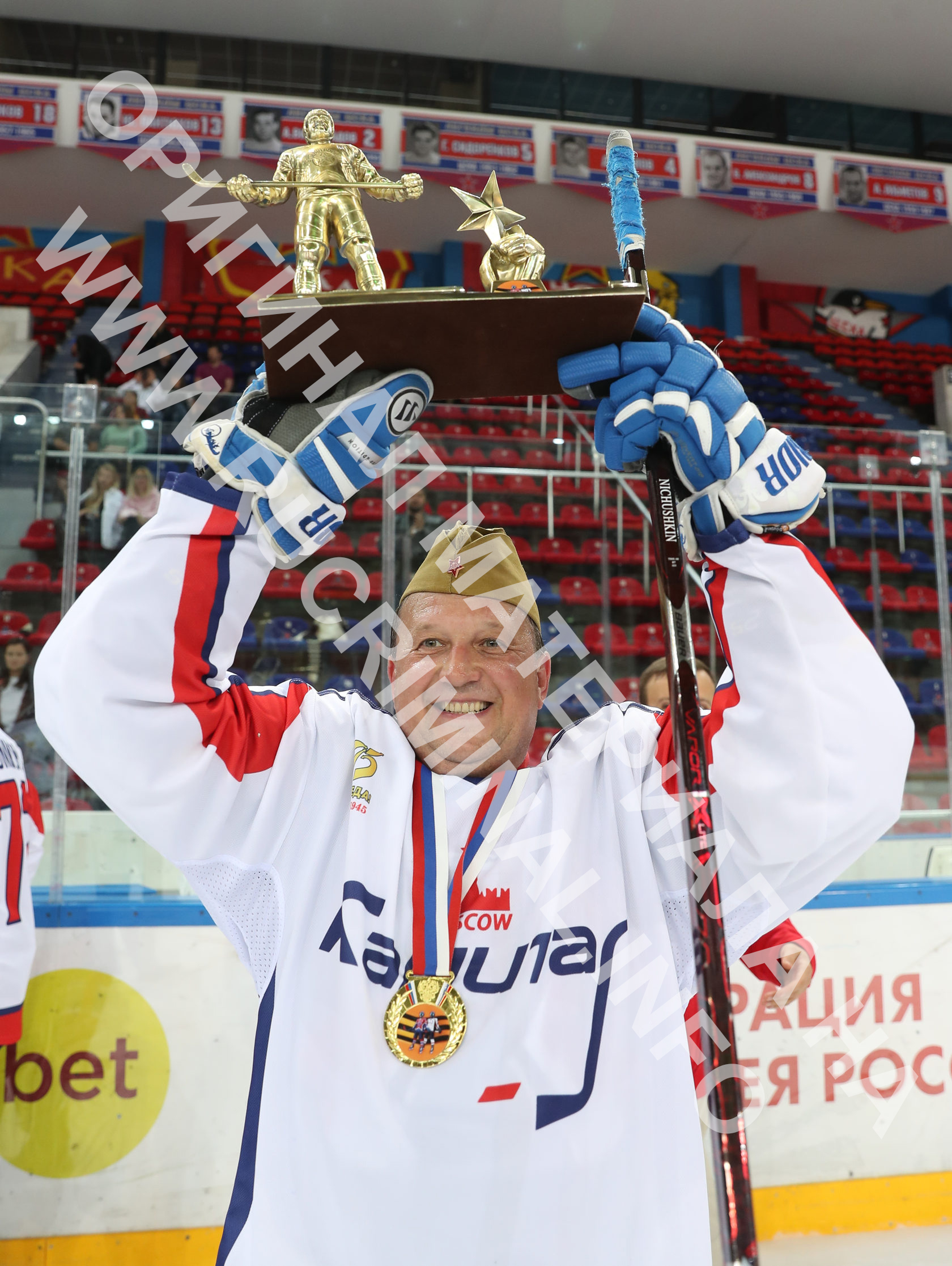 In June 2021, the Ministry of Education and Science began checking the university, in July - checking personally on Pochinok. At this time, the vice-rector for security, Andrei Khamrov, began to run to the Ministry of Education and Science with the results of all internal audits, which were originally carried out with the aim of insuring Pochinok. In return, he was promised a position as acting, and later - a “life-long” vice-rector's chair.

Khamrov is a former FSB officer (Alpha). Pochinok had recommended him to this place by one of the FSB officers, her close friend. Natalya Pochinok loves to play hockey and plays for the team of fixer Vladimir Utkin "Star of Russia", for which a whole group of FSB officers play. Natalya thought that in this way she made it safe, but it turned out the other way around ...

As a source told Rucriminal.info, the check on it was extended all the way (90 days). First, they collected a trifle (such as the mayor's award is not indicated in the declaration). When there was not enough material for a more or less decent collection, they decided to deprive her of access to the state secret, since she did not indicate her brother's 20-year-old conviction in the questionnaire. As a result of her regular campaigns around the entire top and thanks to a team of lawyers and consultants, it was more or less possible to fight off everything. There are still no results of checking it. On October 7, when the check was completed, the minister simply asked her to go on vacation, since he had no iron grounds to fire her. The leave was extended every week at the request of the ministry until her dismissal. At this time, the minister tried in every way to resolve the issue with her departure.

The university examination was completed in August. The act contains over 300 violations. They cannot be called critical, there are a lot of trifles, negligence, but formally there are still a lot of them, and the minister shook them in conversation with Chernyshenko and Fursenko.

In parallel to all these events, in August Petruchak, the vice-rector from the darkness, who sins with the chair of the rector of the rgsu, tried to enter the university. In addition, initially the place was liked by Elena Druzhinina, Deputy Minister. But when a scandal began around the university, and information about her, her love affair with the minister and incompetence went through telegram channels, the ministry began to refute such an idea.

Special attention should be paid to the role of the curator in this story.

The curator of the RSSU from the OFSS of the North-Eastern Administrative District is Ilyasov Musa. As soon as he replaced his predecessor, he met Pochinok and asked: a salary of 300 thousand rubles, a separate office, a secretary, a driver, later - to find a job for his wife, to take his daughter to institute. In everything, except for the allocation of a separate office and the admission of his daughter to study on the Unified State Exam, he was refused. For about two years, Ilyasov, together with his boss Novikov, threatened Pochinok that she would have problems if she did not start cooperating with them.

Subsequently, in August 2021, the North-Eastern Administrative Department of the Federal Security Service (FSB) seized documents and databases, and interrogated employees. Pochinok through the military prosecutor's office tried to challenge their actions. Attempts were unsuccessful. Now colleagues from North-East Administrative District have enough materials for several years of work, since many projects were done carelessly. And the respected people themselves, moreover, do not understand how science and education work in Russia.

Also, the OFSS of the North-Eastern Administrative District and the ministry tried to open a business for a university in the federal TFR, but failed. And the OFSB of the North-Eastern Administrative District took the documents to the grandmother's investigation department, the minister was not too lazy to call them too. The case (2 episodes) was initiated against an unidentified group of persons ...

Before writing a letter of resignation, Pochinok met with the minister several times. He convinced her that there was already a rector in her place and that she greatly interfered with the work of the university. He also promised her a job as vice-rector of the Higher School of Economics. HSE Rector Anisimov later turned her down, promising to be an advisor. But now he himself is mired in scandals and rotations. He has no time for Pochinok.

Bottom line: all candidates from the ministry to the Presidential Administration were rejected. Falkov expressed their opinion about the whole situation in a harsh tone. The rector's chair of the RSSU is now being coordinated with Fursenko. In the place of the rector, they put acting Khamrov, who has neither sufficient experience in an educational organization, nor a scientific degree, nor a teaching experience. In addition, he is denied access to the secret. He has one task - to seat Pochinok so that she does not even think to return to the RSSU and clear a place for the arrival of the new rector.